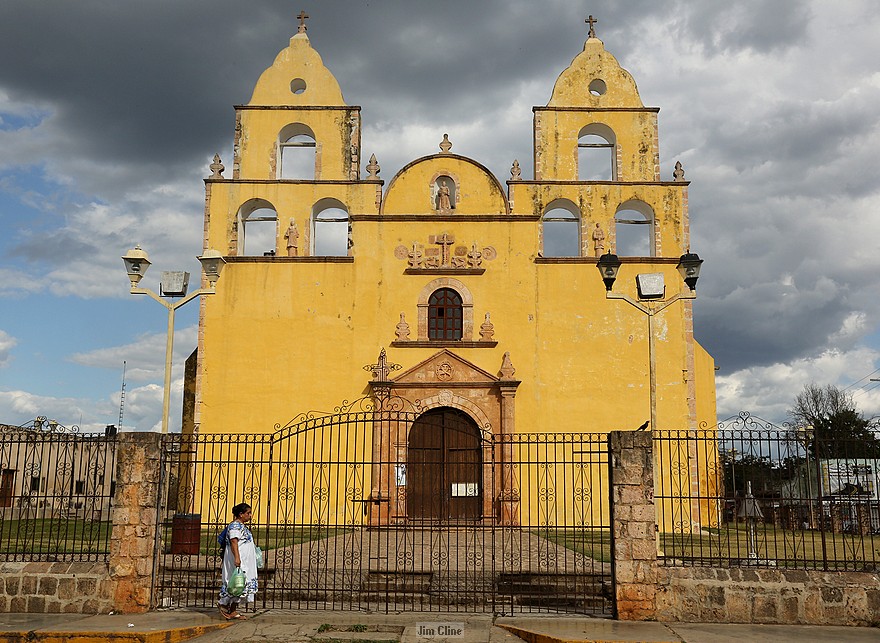 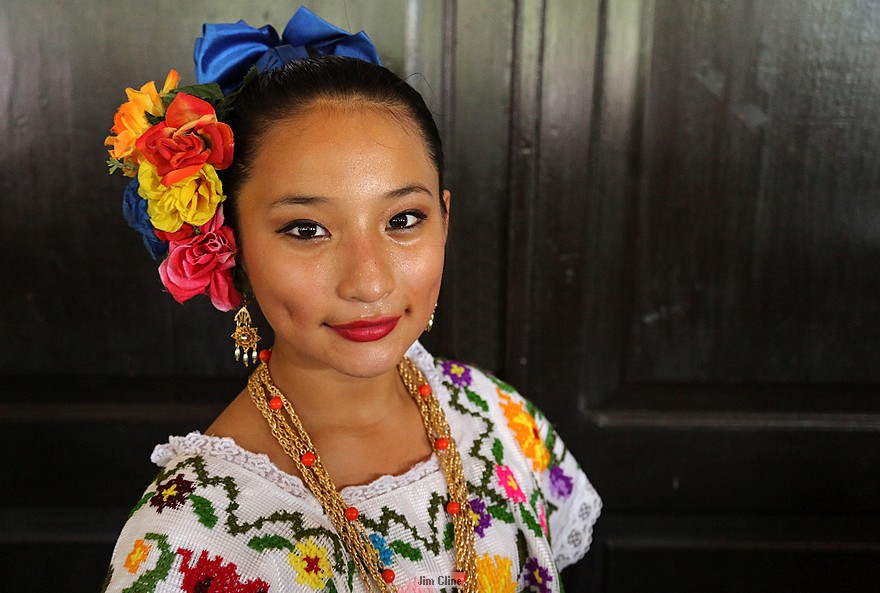 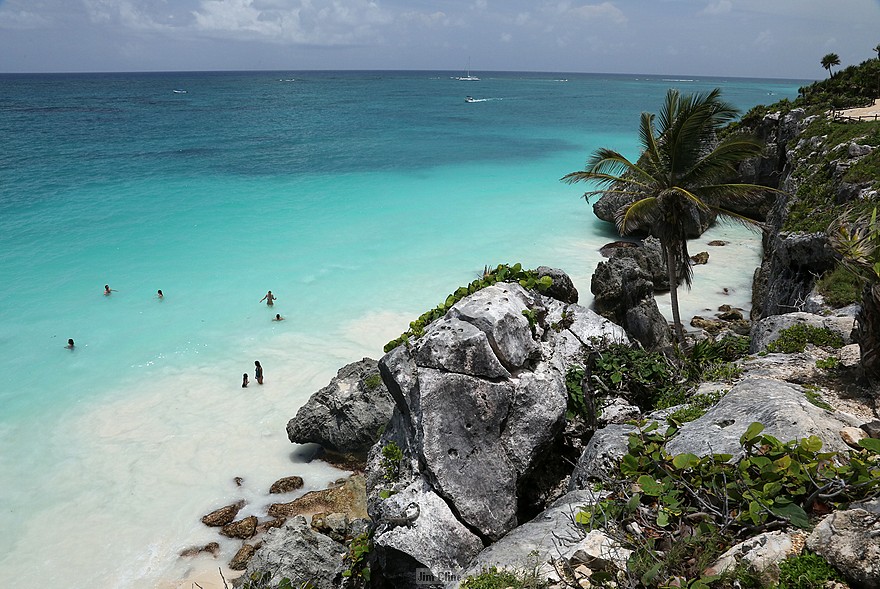 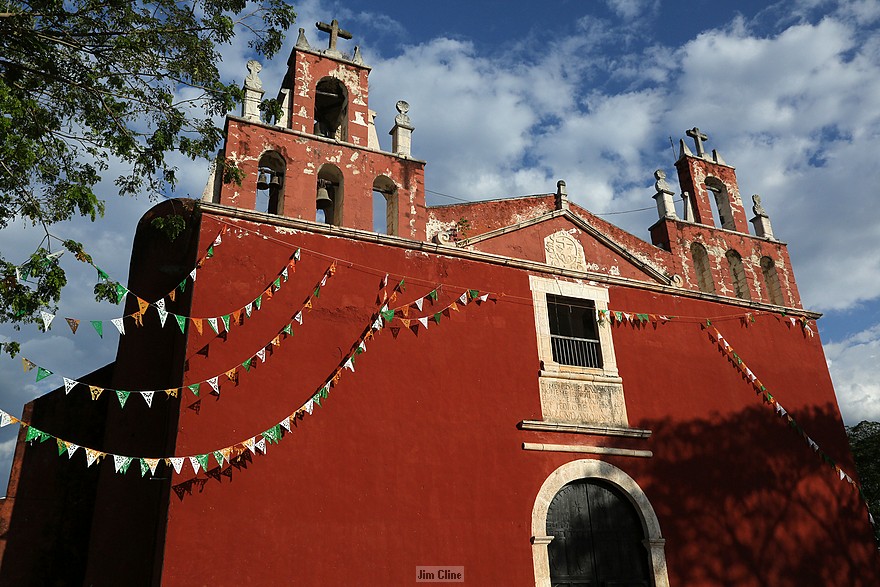 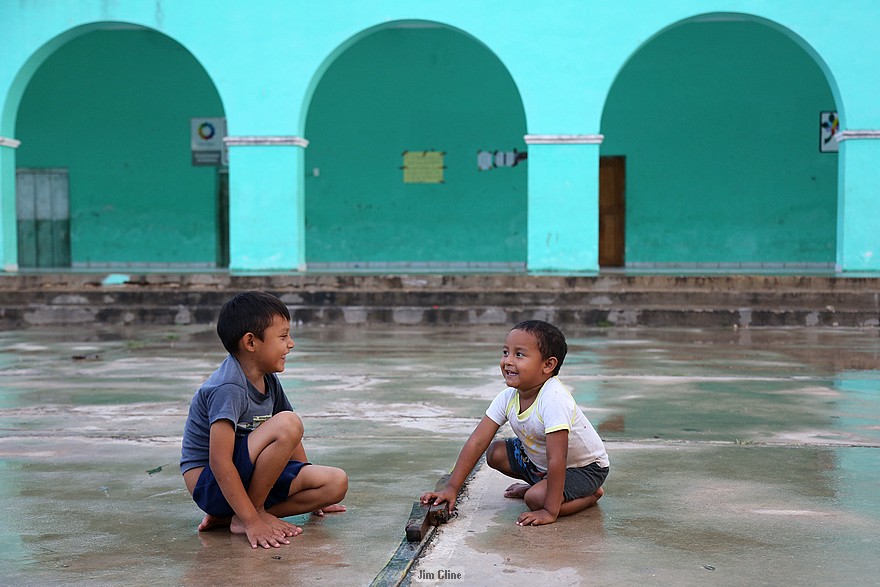 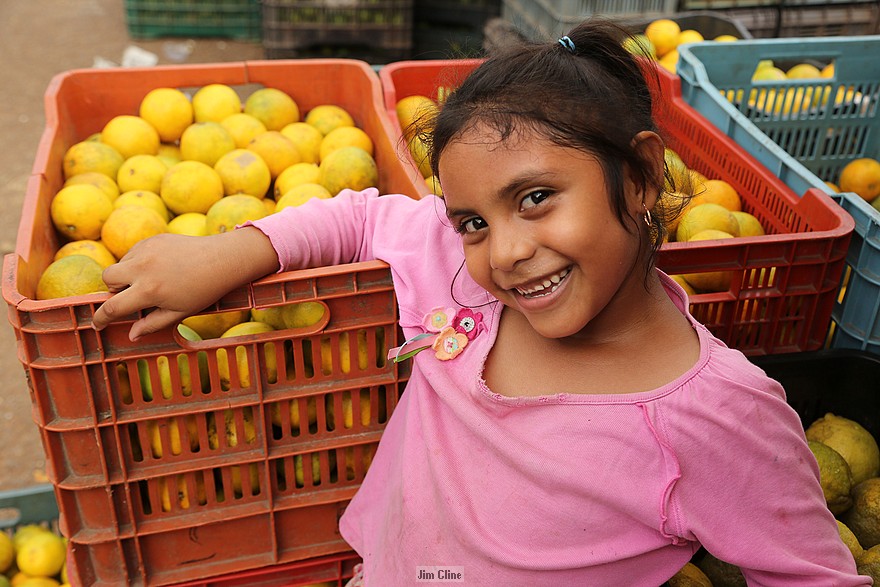 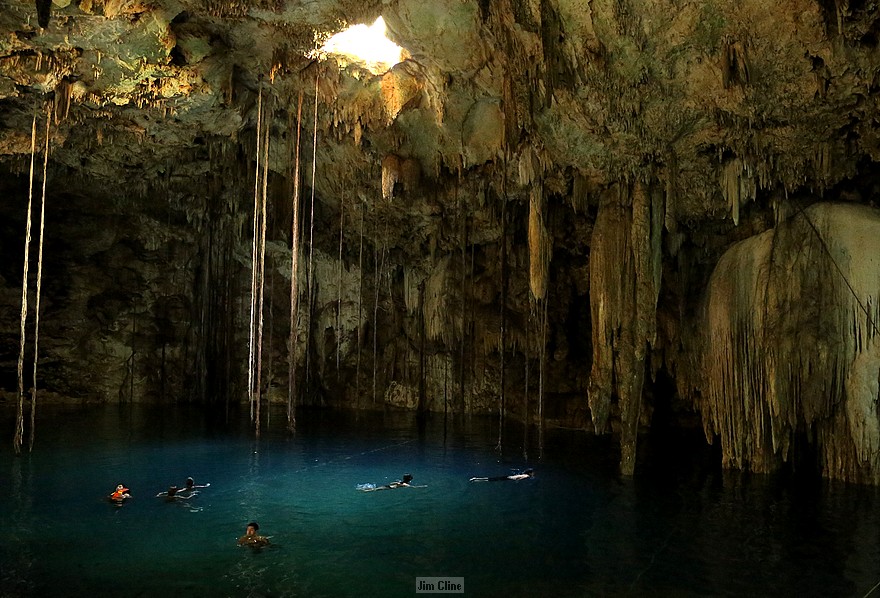 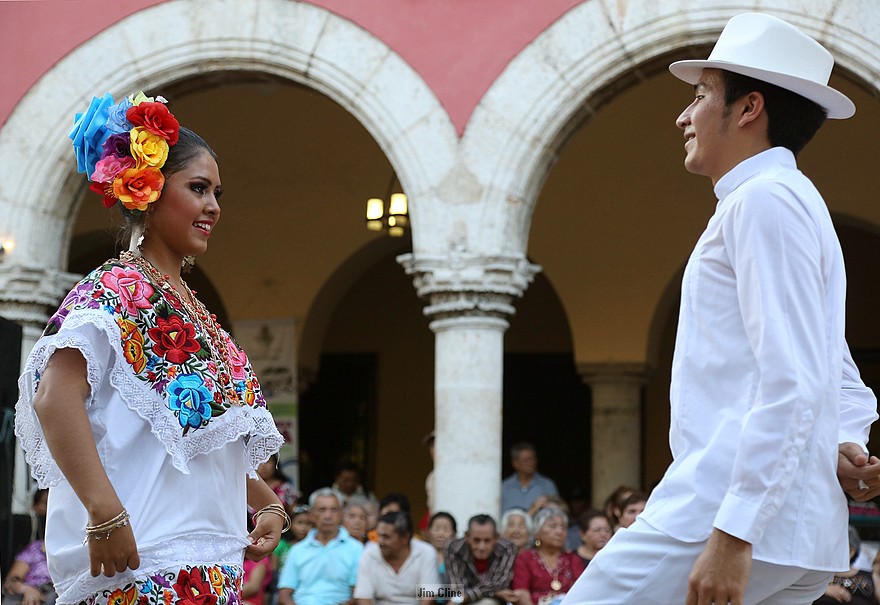 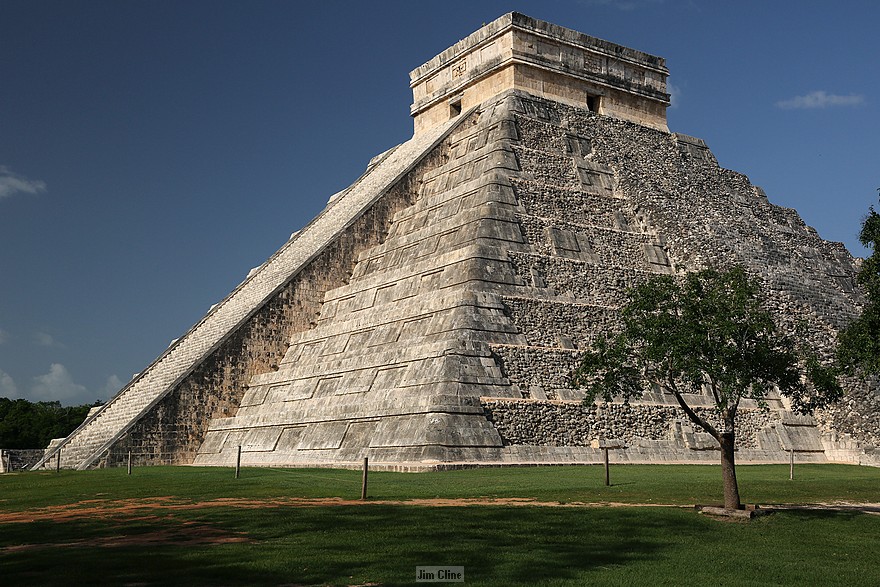 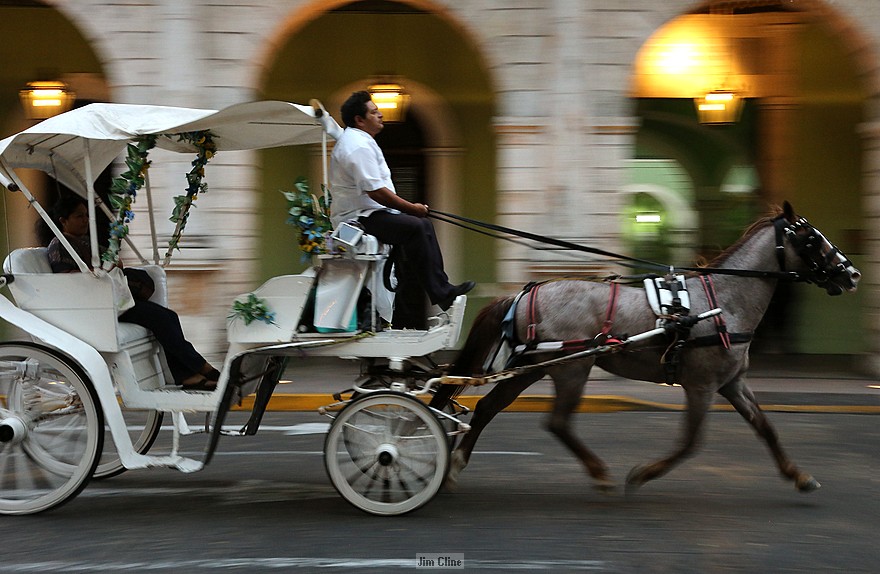 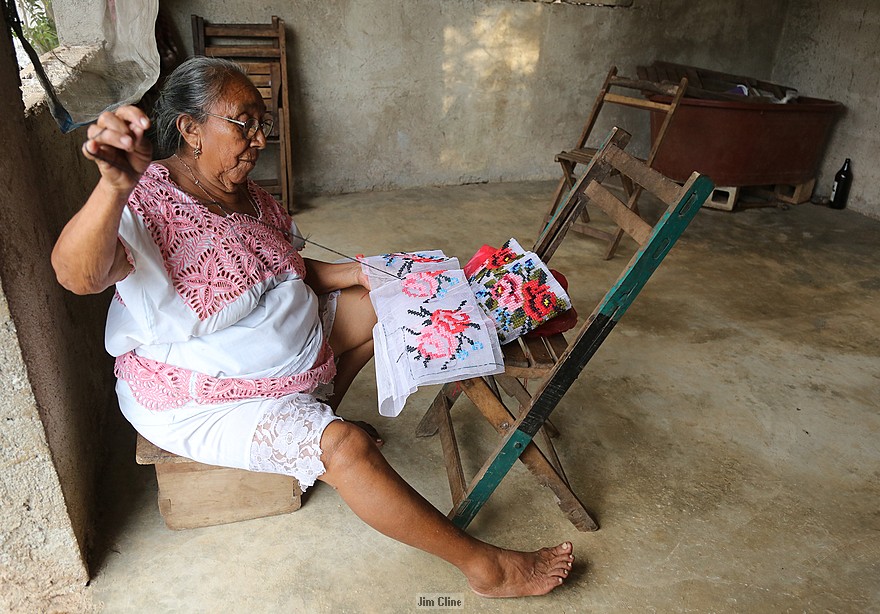 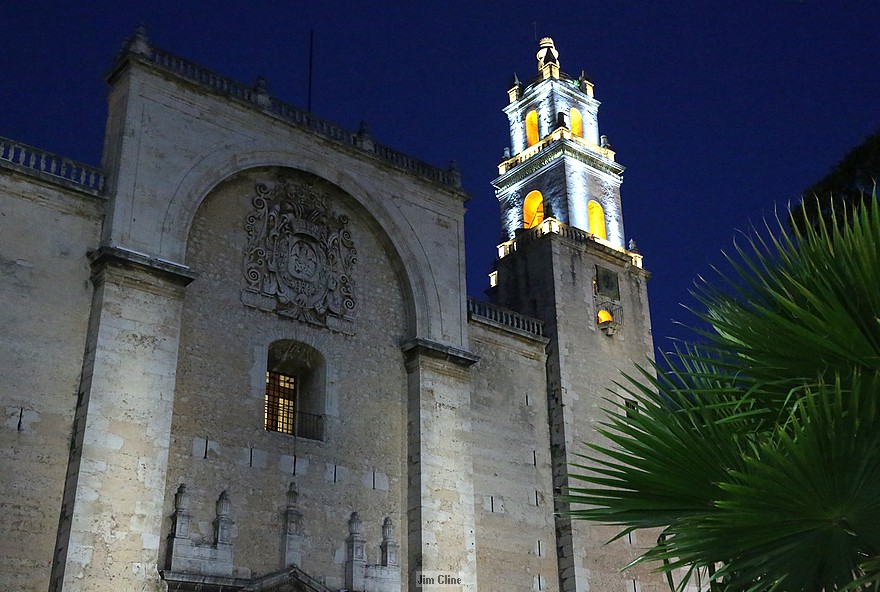 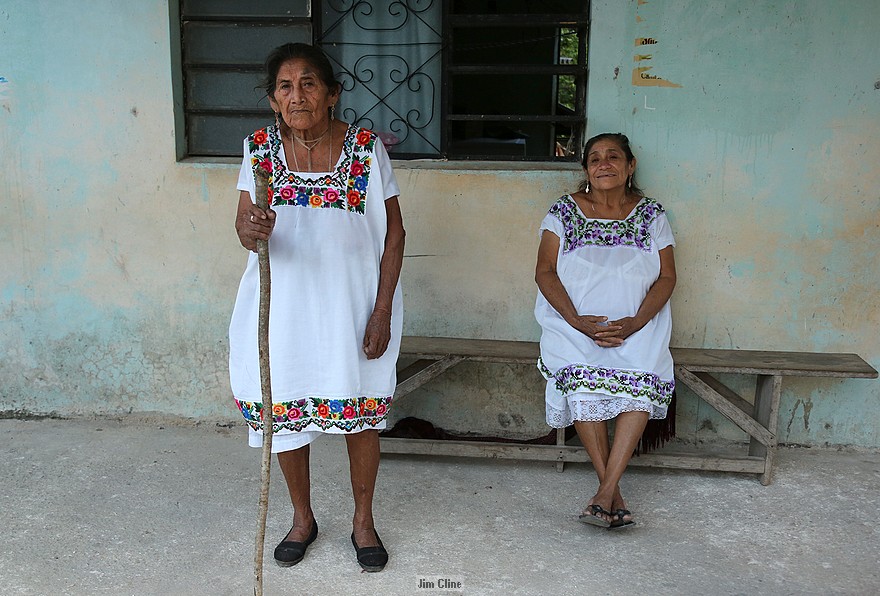 The Yucatan peninsula is an area of natural wonders and a fascinating history. Now home to the mega tourist resort of Cancun, the area once was home to the great Mayan civilization. On this journey, we will photograph the Mayan ruins of Chichen Itza, which has been declared one of the New 7 Wonders of the World. We’ll also shoot the ancient sites of Uxmal and Tulum, as well as the beautiful capital city of Merida, with its bustling plazas and colonial buildings and churches. We’ll also explore the cenotes – underground cave systems filled with stalactites and crystalline fresh water. And of course, we’ll spend time on the white pristine beaches on the shores of the turquoise Caribbean Sea.

Day 1:Arrive from your flight to Merida. You will be transported from the airport to our hotel. We will have an orientation meeting and dinner. We’ll spend the night in Merida.

Day 2:We’ll have a tour of downtown Merida with a local guide, and visit the most important historical locations and photo ops in the city. In the late afternoon we’ll shoot some of the many colonial buildings and churches in town during the last light. We’ll have an optional twilight/night shoot as well. At dinner we’ll have an opportunity to try some Yucatecan food. We’ll spend the night in Merida.

Day 3:We’ll drive to Tulum, making photo stops on the way. In the afternoon we’ll visit the Mayan ruins at Tulum, situated on cliffs above the turquoise Carribean Sea. We’ll tour the site and photograph the late light at closing time. We’ll spend the night at our beachfront hotel in Tulum.

Day 4:Get up early and shoot the early light at the Tulum archeological site. Later, we’ll go for a boat ride off the coast of Tulum for a great perspective with the turquoise Caribbean Sea in front of the ruins on the shore. In the afternoon, we’ll visit another beautiful cenote, an underground fresh water system with its crystalline waters. We’ll come back to our hotel at sunset time to photograph tropical beach scenes. We’ll have dinner at a nearby beachfront restaurant with tables in the sand, and some of the best food and drinks anywhere. We’ll spend the night in Tulum.

Day 5:Optional sunrise shoot over the Carribean Sea from the beach at our hotel. We’ll have a relaxing morning around the beach at Tulum then drive to the tranquil Yucatecan town of Valladolid, arriving in time for lunch in a beautiful courtyard restaurant. After lunch we’ll check in to our hotel located right on the main square. In the late afternoon, we will visit the picturesque Templo de San Bernardino & Convento de Sisal and photograph it in the late afternoon light. We’ll spend the night in Valladolid.

Day 6:In the morning, we’ll visit the church founded in 1543, located across the plaza from our hotel. Later in the morning, we’ll depart for the extensive Mayan ruins at Chichen Itza, which in 2007 was declared one of the New7Wonders of the World. On the way we’ll visit a nearby cenote, an underground pool in the jungle connected to an extensive underwater cave system. Those who wish will have a chance to swim and snorkel, as well as photograph. We’ll shoot in the afternoon through sunset in the ruins at Chichen Itza. After dinner we’ll return to the ruins for the evening light show. We’ll spend the night at Chichen Itza.

Day 7:Wake up early and photograph the Chichen Itza ruins when the archeological site opens. We’ll continue shooting during our guided tour in the morning. After lunch we’ll drive to the beautiful colonial city of Izamal, a quiet, colonial gem of a town. Originally one of the most important Mayan sites, it is called the yellow city for the traditional yellow that most of the colonial buildings are painted. There we’ll photograph one of the first monasteries in the western hemisphere, and its church, the Santuario de la Virgen de Izamal, completed in 1562. We’ll spend the night in Chichen Itza.

Day 8:In the morning we’ll head to Uxmal, the site of spectacular, but less-visited Mayan ruins. On the way we’ll drive off the beaten track to some modern day Mayan villages, where the people keep many local traditions alive. We’ll photograph small churches, local markets, and artisans including hammock-makers.. We’ll arrive in Uxmal in time to photograph the ruins there in the afternoon light. We will also visit the light show in the evening. We’ll spend the night in Uxmal.

Day 9:In the morning there will be an option to enter the Uxmal site when it opens. We will then drive to Merida. On the way we’ll stop at two old henequen haciendas, one of which has a nice lunch restaurant. We’ll arrive in Merida in the afternoon for some free time, and then another optional twilight shoot. We’ll spend the night in Merida.

Day 10:We’ll spend all of Sunday in Merida. Every Sunday in Merida, (known as Domingo en Merida), hundreds of people fill the colorful central plaza to buy food from venders, listen to live music, watch folkloric dance shows, and enjoy life. This provides wonderful opportunities for photographs of the people and culture, as well as the beautiful colonial architecture surrounding the plaza. In the evening we’ll have an image sharing party. We’ll spend the night in Merida.

Day 11:Depart for your flight home. 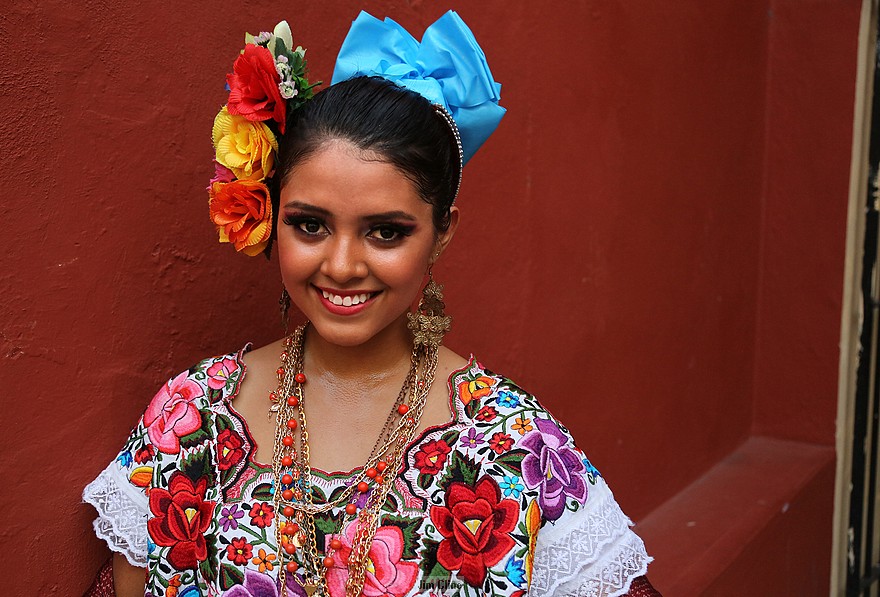 Price is based on double occupancy. A single supplement will apply.

Add me to the interest list for this trip.