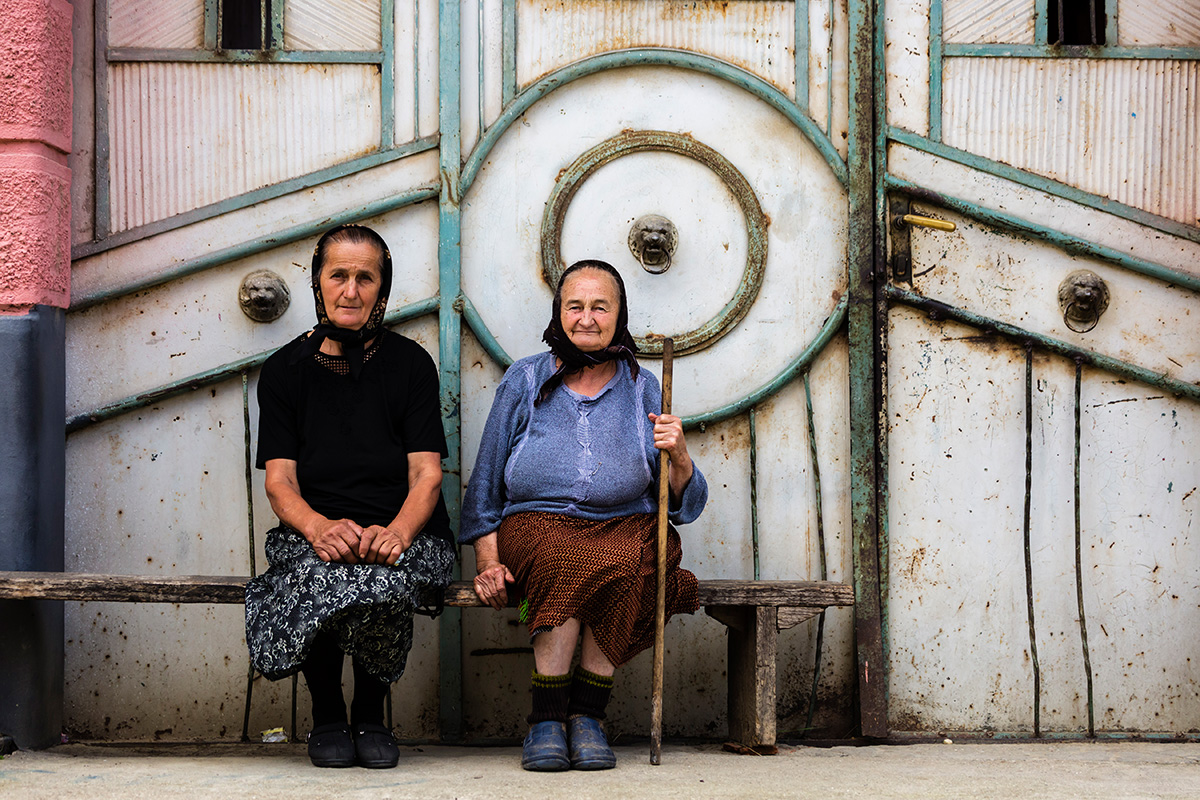 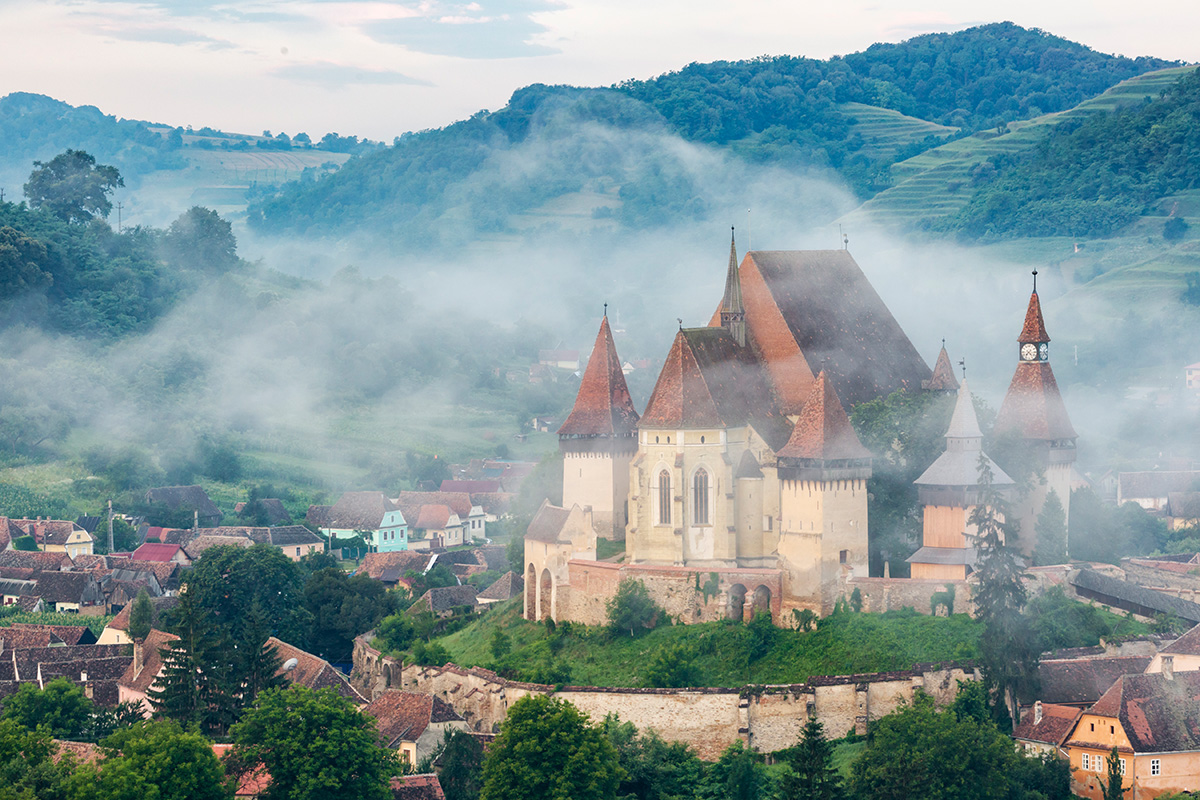 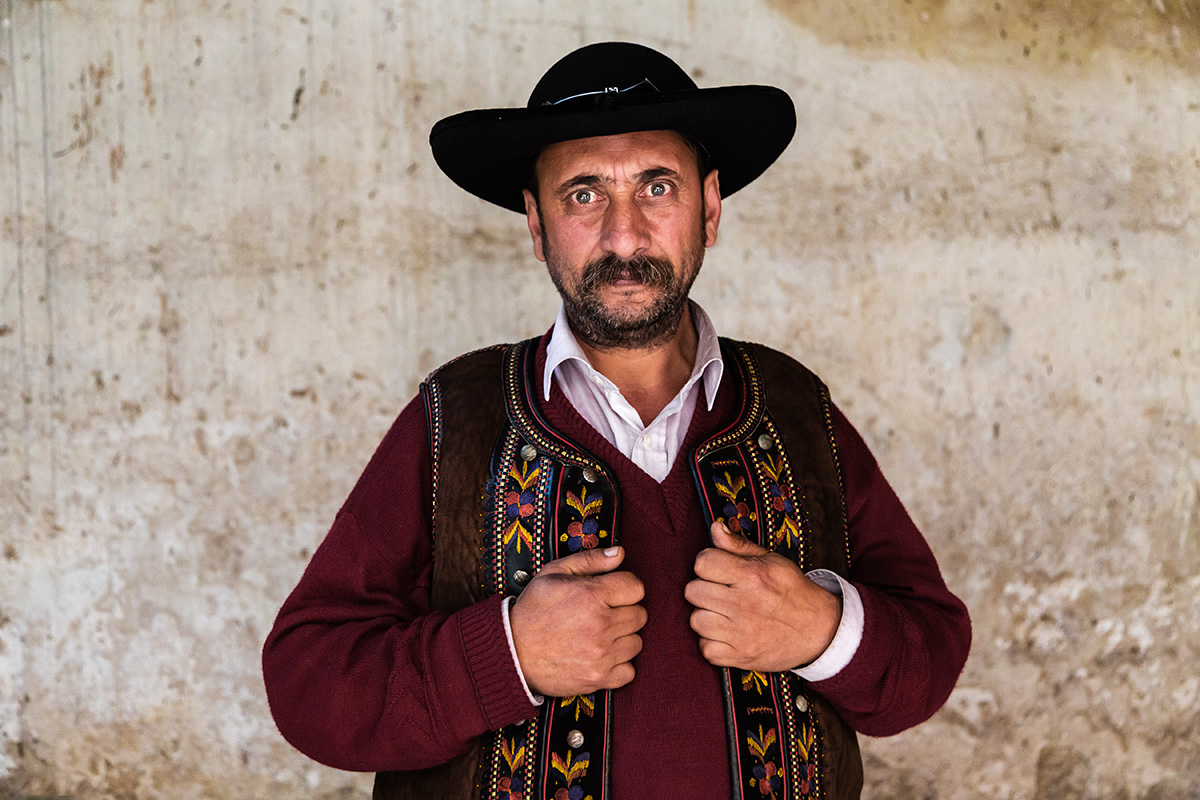 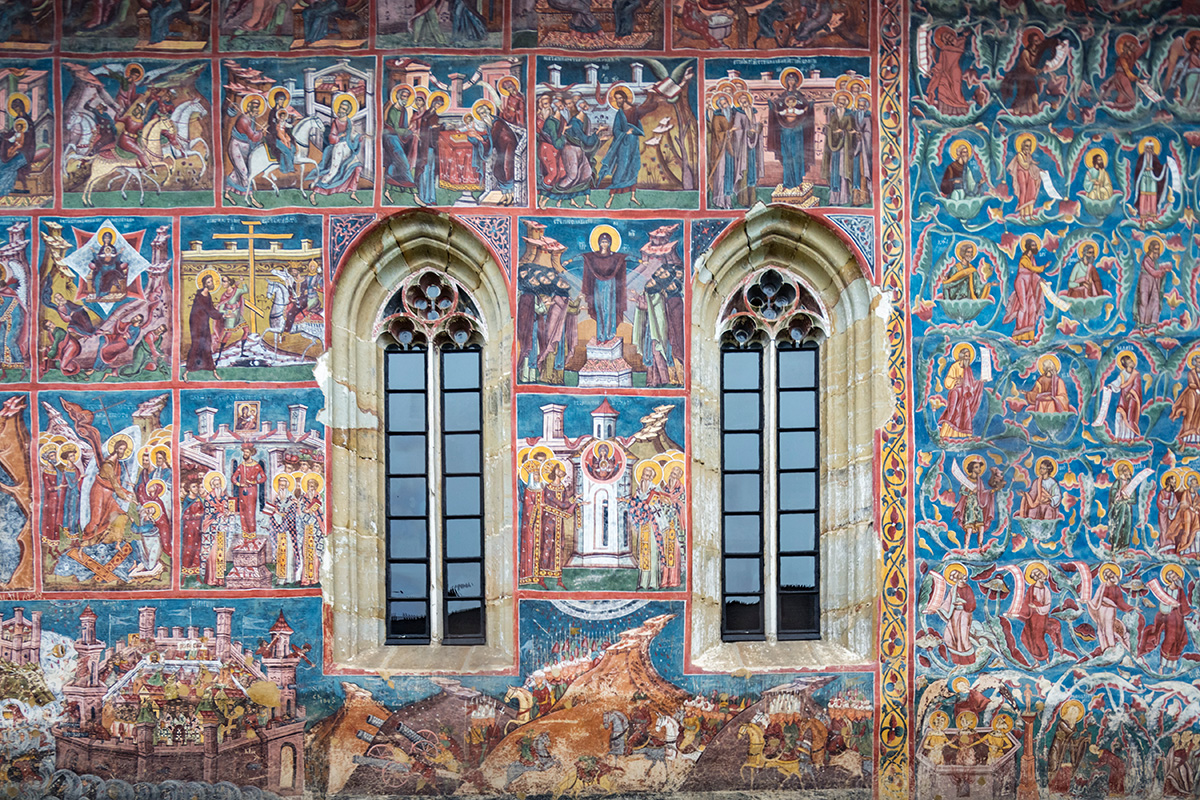 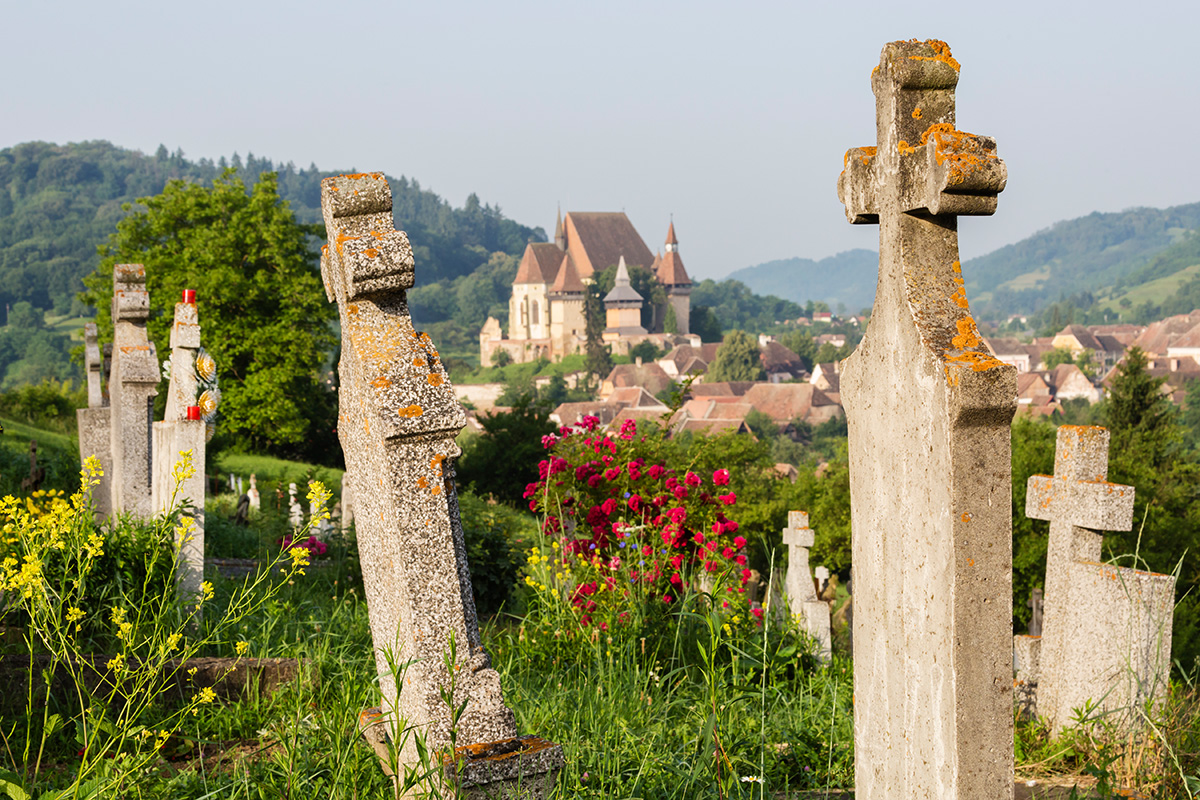 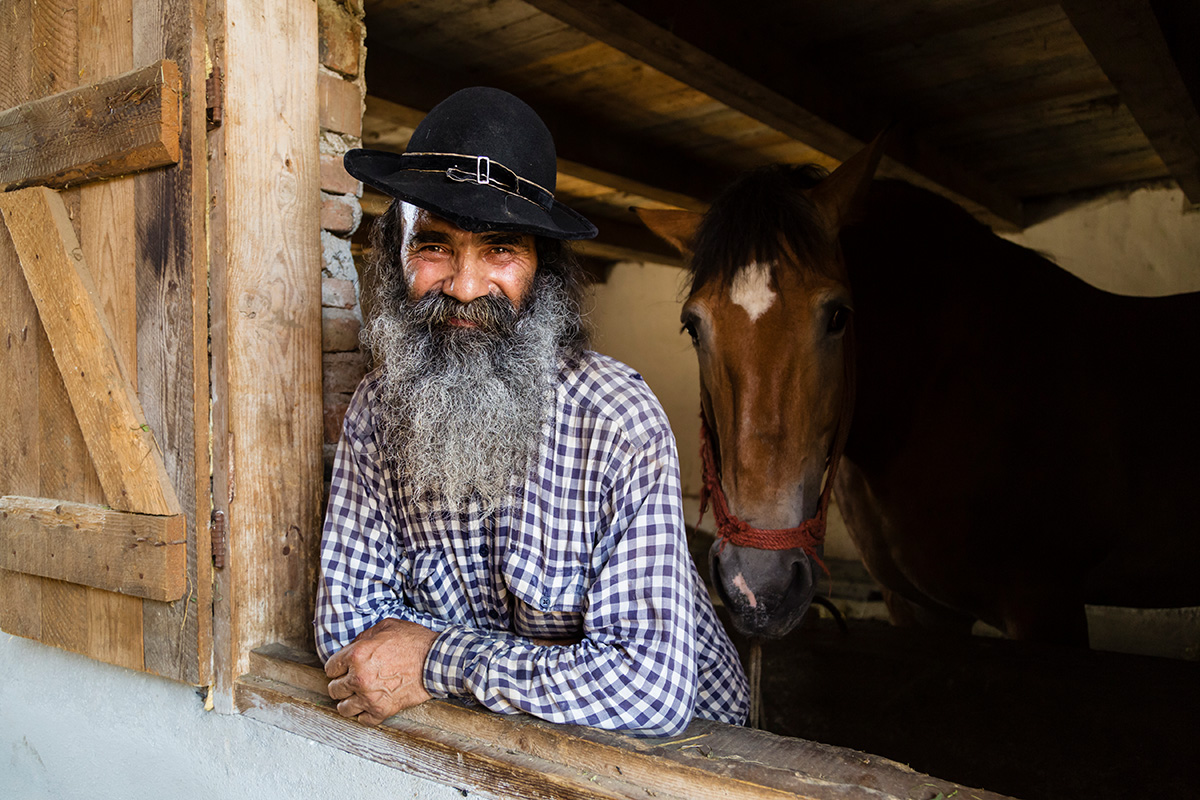 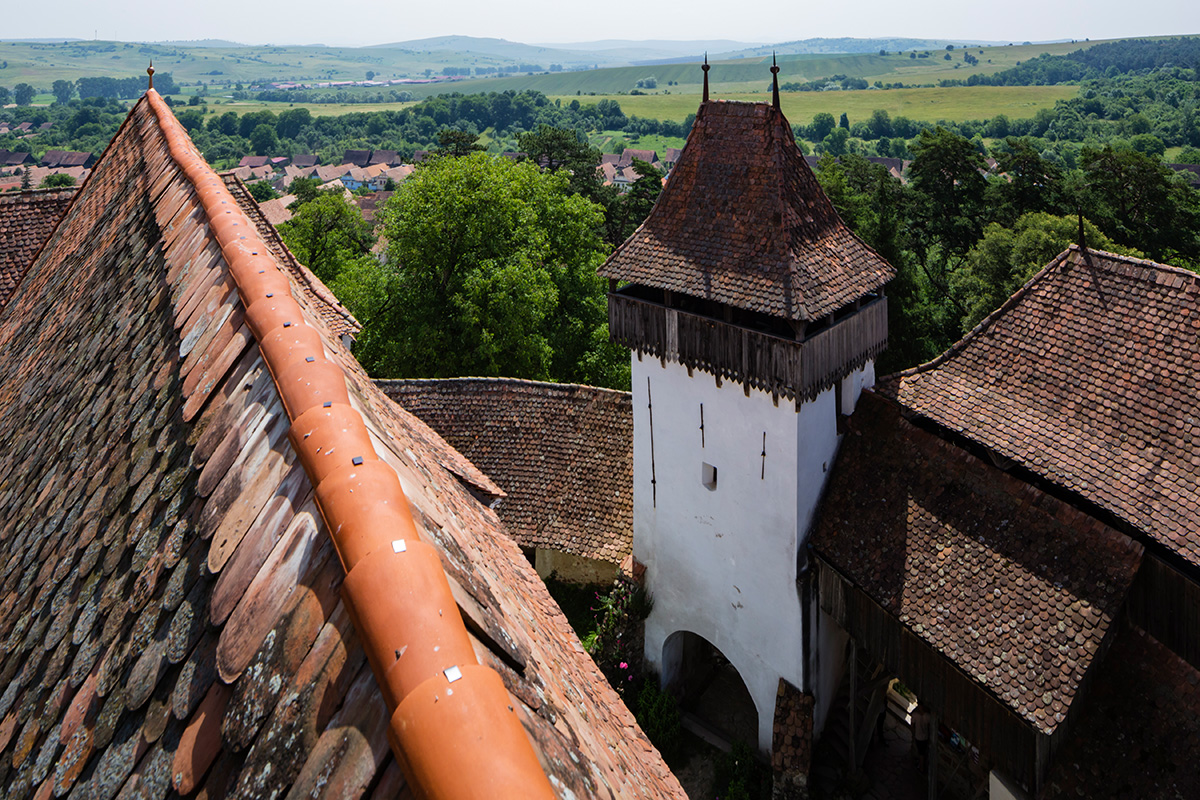 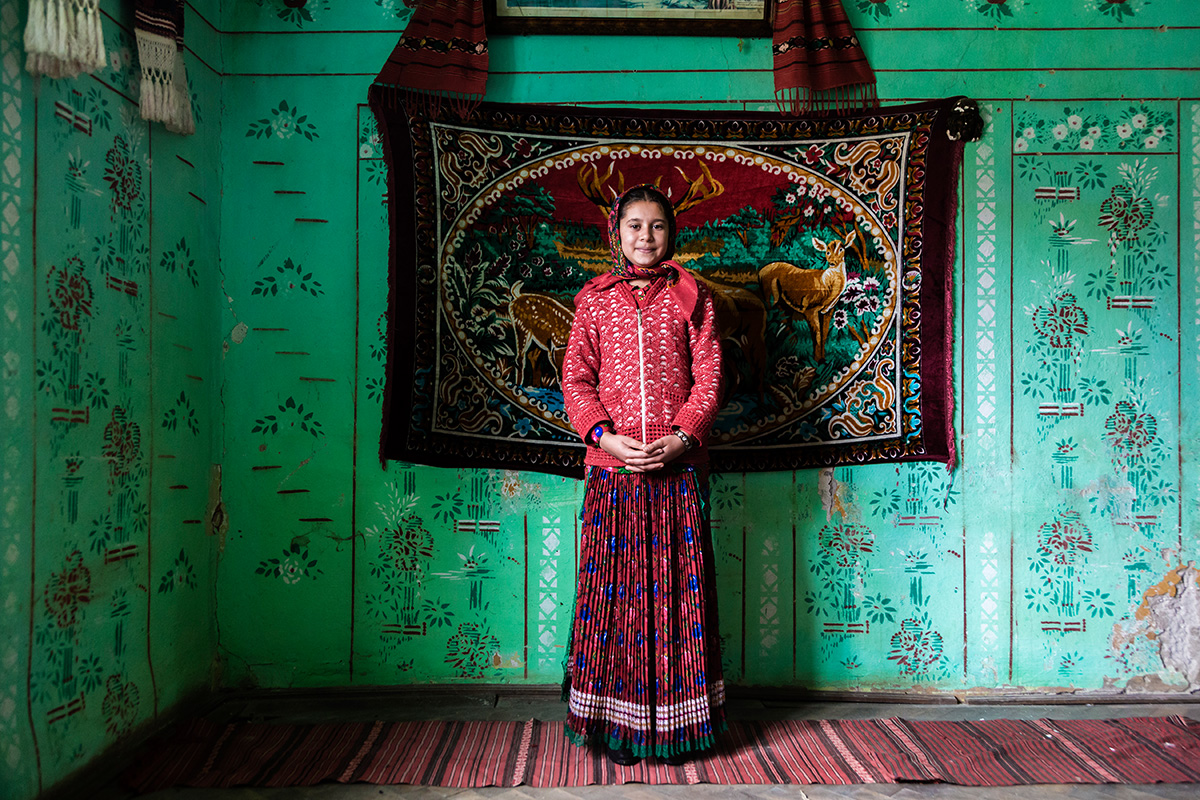 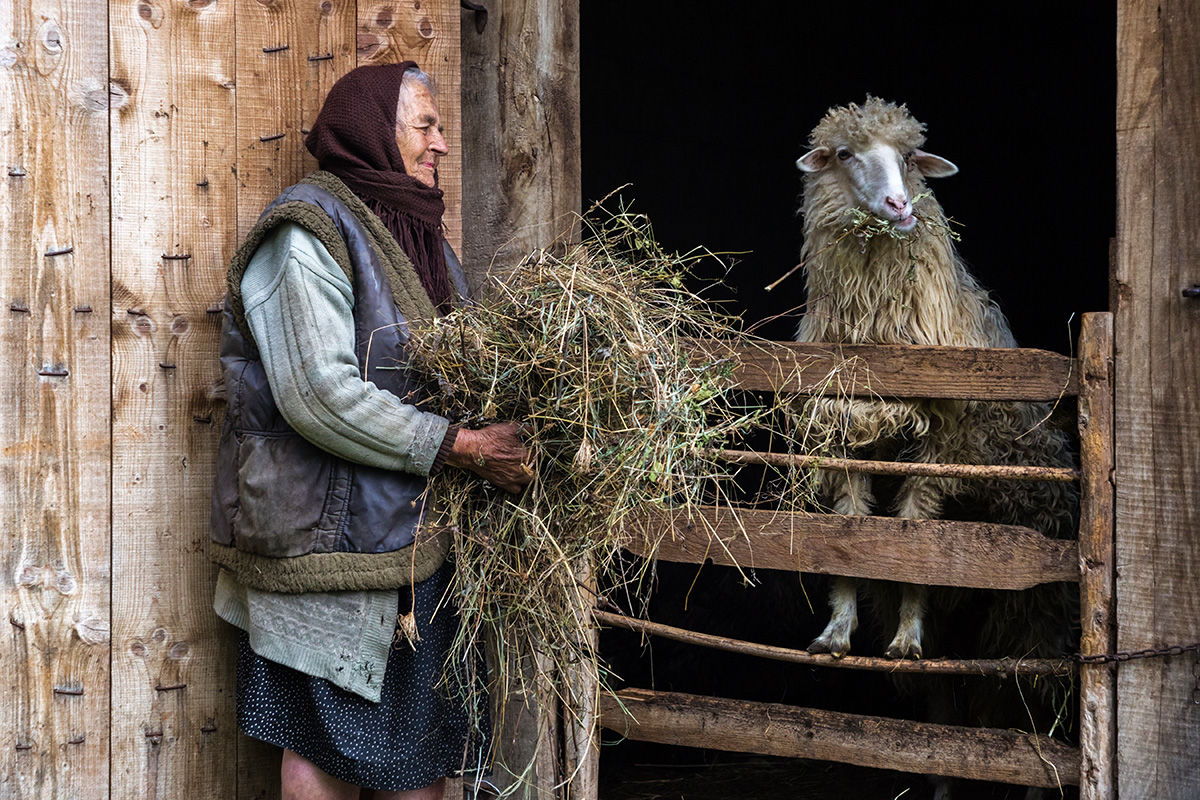 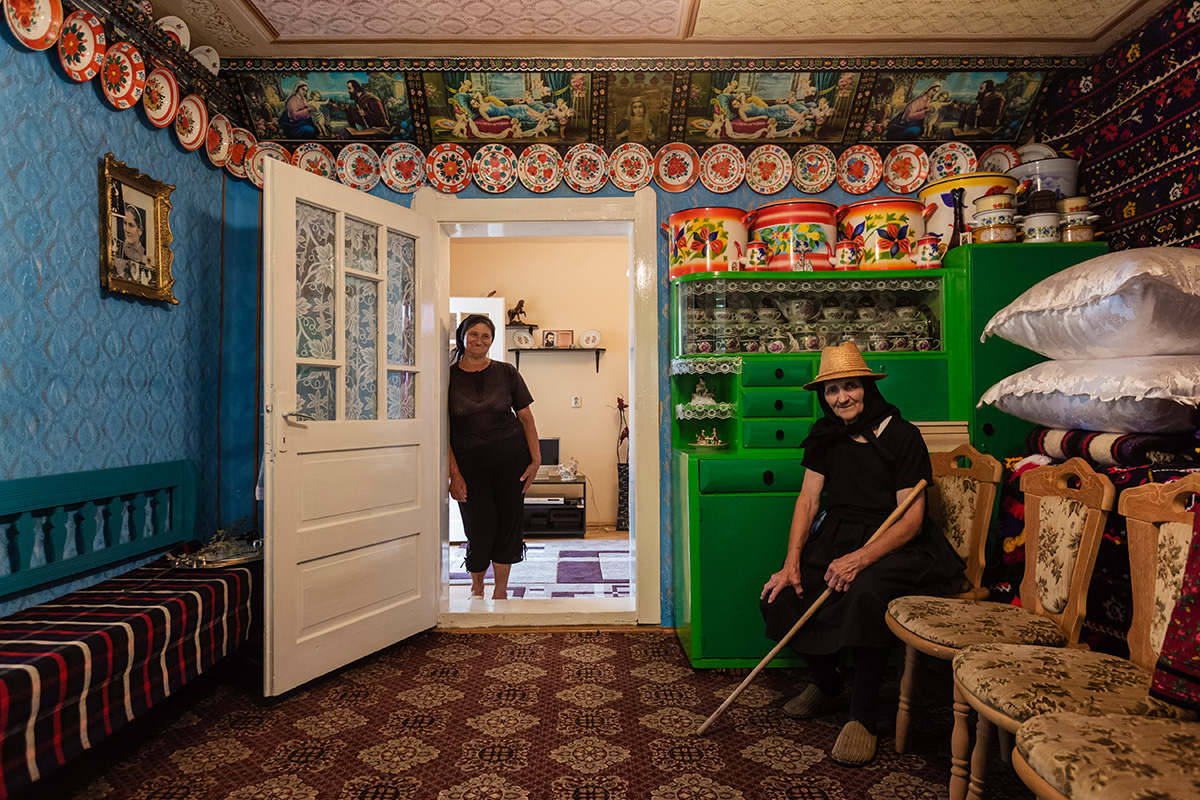 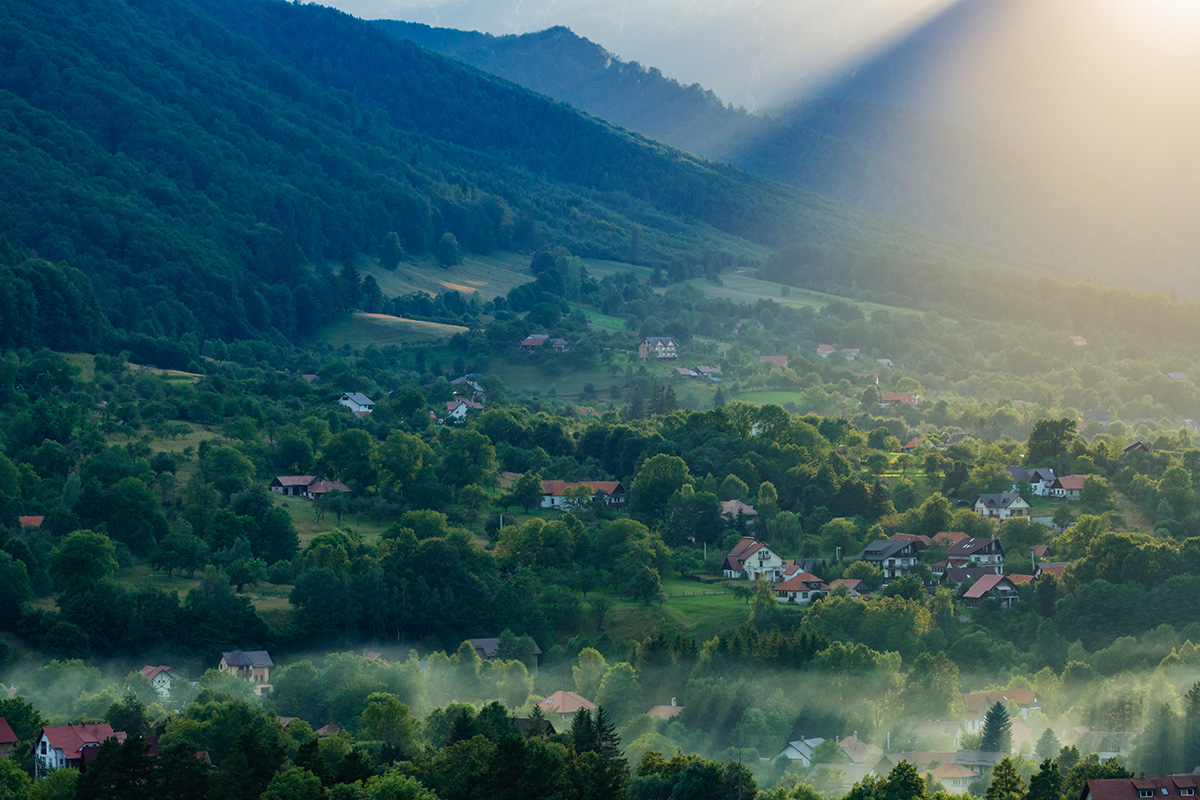 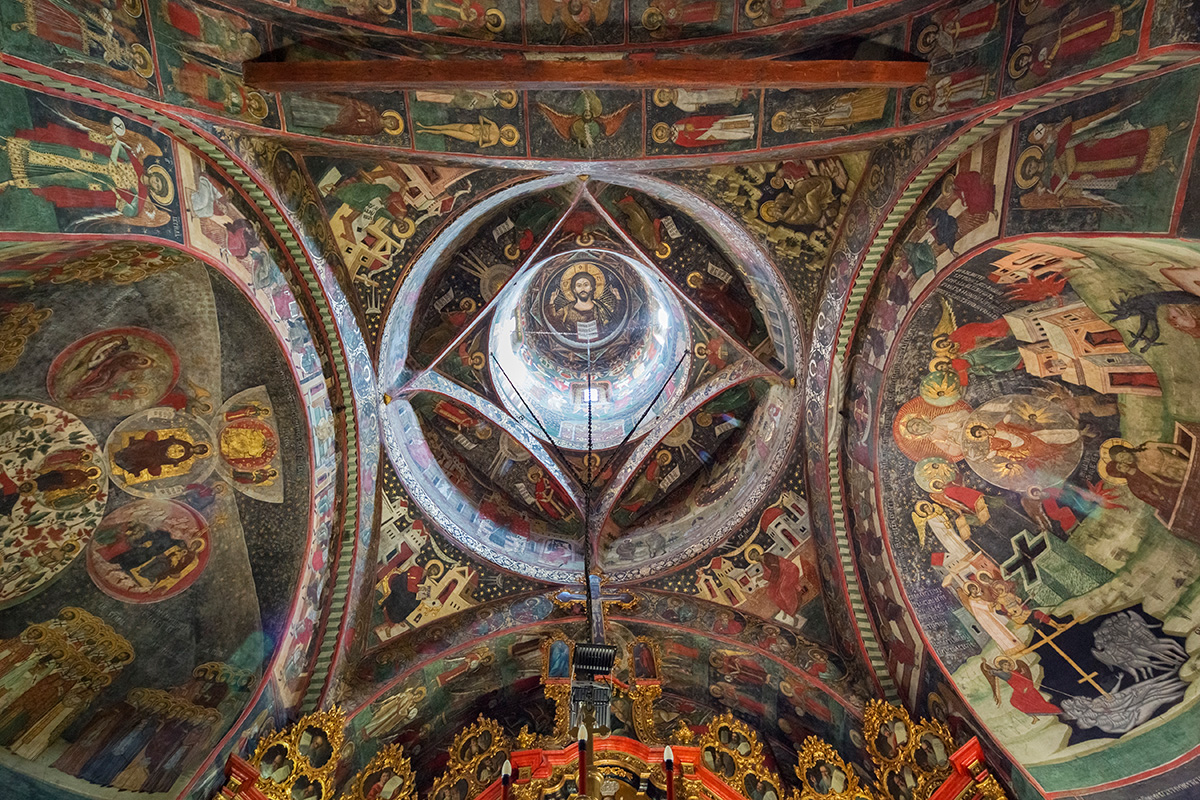 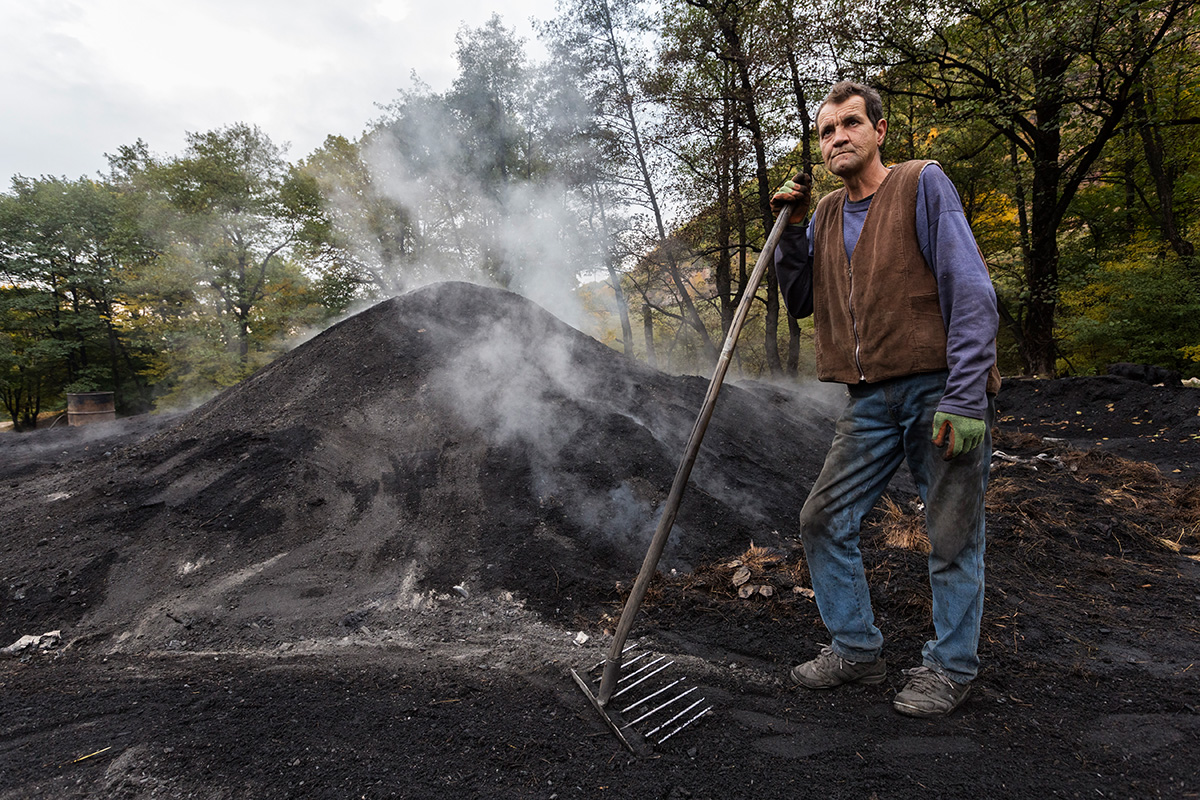 This tour of Romania in the fall will take you on a voyage of discovery through the “forgotten world” of Maramures, Bucovina, and Transylvania. We will travel through some of the most famous regions in Romania, but we will spend more of our time in remote, rural villages where tourists are rarely seen.

You will have the opportunity to photograph local people including Gypsies and Romanians dressed in beautiful, traditional costumes. You’ll see and photograph beautifully painted churches in picture-perfect settings, you’ll admire stunning sunrises and have the chance to capture the real beauty of nature and the countryside.

Day 1: (Oct 6)
Welcome to Romania! We will start the tour in the city of Cluj-Napoca which is the largest city in Transylvania, the central region of Romania. Our hotel for the night is situated in the very heart of the city – perfect for evening and morning walks on your own if arriving early.​ In the evening we will have a first group dinner, an opportunity to get to know each other and be introduced to the Romanian cuisine. Overnight in Cluj-Napoca.

Day 2: (Oct 7)
Today we will make our way to Maramures region, a place where you can still witness the old way of life of the people.

Our first stop will be at a potter and his fascinating workshop. He is famous for his meticulous clay artifacts inspired by Dacian roots. You will have the chance to photograph him while he gives shape to the clay.
Maramures is particularly known for the wooden churches which were built several centuries ago, at a time when local Romanian Orthodox people were not allowed to build churches of stone. In order to stay true to the law, churches were built out of wood. These churches stand to this very day. Many have been designated UNESCO World Heritage sites, and we will also stop by the tallest wooden church in the world, located in Surdesti. In the afternoon we will have a walk in a traditional village to photograph the daily lives of the locals and the interesting wooden architecture. We might witness farmers doing traditional activities associated with the season of harvest. We may also be invited for a taste of the local apple, pear and/or blueberry brandy, called horinca, at a traditional brandy distillery. Overnight in Maramures.

Day 3: (Oct 8)
In the morning we will have the opportunity to shoot Mocanita, the only fully-functional narrow-gauge steam train, as it goes through the deciduous forests of the Vaser Valley. You can marvel at the vividly colored hardwood forests, mingled with the deep green of the coniferous forests. In autumn the sight is quite spectacular and worth the stop.
At mid-day you’ll get the chance to capture once again the daily life of the people, this time during a photo walk at the local market in Sighet. Optionally, we will visit the Sighet Memorial of Communism Museum, a former prison where communists detained their political opponents and offers the possibility to learn about the communist times in Romania.
In the afternoon we will visit the Sapanta Merry Cemetery. It is one of the most interesting cemeteries in the world as the funerary crosses are painted in bright colors while the poems written on them tell about the life of the deceased, sometimes in a funny way. After photographing the cemetery, we will meet the man who makes the crosses and see him at work in his workshop. He is the apprentice of the one who carved the first oak cross of the cemetery. Overnight in Maramures.

Day 4: (Oct 9)
In the morning we will have a sunrise shoot in the countryside in a location with wooden churches and their tall wooden spires, haystacks and mountains in the distance. Then we will leave Maramures behind and head to Bucovina, also called the “land of painted monasteries.”
The road to Bucovina passes by beautiful mountainous passes and, with the fall colours at their best, we will make sure that we will stop and photograph the scenery of the Carpathian Mountains. Overnight in Bucovina.

Day 5: (Oct 10)
Today we will discover the painted monasteries of Bucovina. Firstly, we will visit the painted monastery in Sucevita (pronounced: Su-che-vit-za), a UNESCO World Heritage site. It is the most impressive painted church in Bucovina, surrounded by a massive wall and towers. We’ll visit the interior grounds of the monastery and those who are interested can walk up the nearby hill for an interesting perspective of the settlement.
Then we will visit Molodvita monastery, one of the tallest in the region and featuring beautiful paintings and frescoes in predominately gold and deep blue colors. While in Moldovita we will also visit an egg painter and you will learn about this old tradition of decorating eggs for Easter. As we return from Moldovita, we will pass through a mountain pass, an interesting place to photograph as the mountains slopes are covered with small wooden storage buildings for hay.
For the afternoon warm light we will travel to the Rarau Mountains, where the mountains and beautiful nature form a mighty natural landscape. Overnight in Bucovina.

Day 6: (Oct 11)
Today we will leave Bucovina behind and head towards Transylvania. We will cross Tihuta Pass, where you can find one of the most beautiful mountain scenery in the Carpathians with picturesque traditional villages located in valleys and on hillsides. We will have various stops to photograph the beautiful landscape.
We’ll also stop at a local winery where we’ll have lunch with wine-tasting included. At that time of the year it is particularly interesting to be in a vineyard as the leaves also change colours and there may still be people harvesting grapes. Overnight in Biertan.

Day 7: (Oct 12)
German-Saxons inhabited Transylvania alongside Romanians and Hungarians for almost eight centuries. They left a unique and lasting heritage evident in medieval towns like Sighisoara, Sibiu (si-BEE-u) and Brasov (bra-SHOV). Another part is the many villages built by them in a very distinctive architecture, each of them having a fortified church, which was then surrounded by a wall to shelter the community in case of assault. This is also the case of Biertan, a picturesque village dominated by a majestic fortified church located on a hilltop in the middle of the village.
In the early morning we will go to a nearby hill and photograph Biertan fortified church and the surrounding village in the warm light of the sunrise and hopefully surrounded by mist. Our next stop will be at the home of a local gypsy family where we will learn about their origins and way of life. The man, the head of the family, is a coppersmith just like many of his predecessors and he makes alembic and other copper objects. You will see him at work and photograph the stages of making the copper objects. He lives together with his wife, children and also with his parents and they are all very welcoming and love interacting with visitors and being photographed.

Another German-Saxon village waiting for us to explore today is the well-preserved village of Viscri. We will take a horse cart and travel to a sheepfold located on the nearby hills (1h each way). Here you will learn about the life of the shepherds, how they milk and tend the sheep and how they make the cheese. Overnight in Viscri.

Day 8: (Oct 13)
We will wake up early in order to catch the morning buzz that takes place in Viscri as cows and goats gather on the streets of the village and are driven by the herdsman to the pasture. Besides this, the locals caring fresh milk in small carts going up and down the streets are contributing to the bustle. The atmosphere created in early morning as the village wakes up and the traditional colorful houses in the background offer great opportunities for cultural and people photography.
Then we’ll pass by the bakery to see how traditional bread is made in this area and visit the fortified church which was originally built in the 13th century. In the afternoon we’ll drive to visit the infamous Bran castle, the one which is often associated with Dracula. In reality it’s a fine-looking 14th century fortress most recently decorated by the Romanian queen Mary during the 1920s. Here you’ll find out the true story, what is made up and what is real, in the highly misunderstood legend of Dracula. We’ll then visit the castle itself which offers more great photo opportunities of the interior and surrounding area. Then we’ll make our way to a nearby spot to have a photo shoot from the outside of this formidable castle, a former customs point, standing grand on a cliff in a narrow gorge surrounded by mountains. Overnight in Bran.

Day 9: (Oct 14)
We’ll start the day with a sunrise shoot in the Carpathian Mountains. From our location we’ll get to capture the peaks of both the Bucegi and the Piatra Craiului Mountains as they get illuminated by the warm morning light.
Then we’ll spend the rest of the day in a landscape dominated by rolling hills, winding roads and scattered wooden barns and fences. You’ll get to practice your composition skills as you’ll photograph the beautifully painted forests in hues of yellow, copper, orange or red. Overnight in Bran.

Day 10: (Oct 15)
We’ll drive on Transfagarasan Road (the northern side), one of the most scenic roads in Romania. The first part of the road takes you through dense forests and offers magnificent views of the snow-capped peaks of the mountains in the distance, while during the second part you’ll drive on a winding road until you reach the clouds.
In the afternoon we will have a guided walk in Sibiu, named by many to be the most beautiful one in Romania. Its charming old town with narrow cobbled streets, rich culture and buildings even from the 15th century made him be designated European Cultural Capital in 2007 and European Region of Gastronomy in 2019. We will stroll around the old town and photograph the beautiful squares and historic buildings during the blue hour. Overnight in Sibiu.

Day 11: (Oct 16)
In the morning we will travel to Hunedoara, where we will visit the most imposing castle in Transylvania, the Corvin castle. It has a true fairytale appearance, as the tall defensive walls and towers are surrounded by a river and can be reached only by crossing a huge bridge. As you cross the entrance of the castle you will be introduced to the medieval times with its knights and legends.
Close to Hunedoara there is also a mountainous region where the fall colors are also very beautiful, we will drive up through the forest and pass by a few charming villages.

Back in Cluj we will have more time to explore the city, discuss the pictures taken during the trip and have one last group dinner. Overnight in Cluj-Napoca.

Day 12: (Oct 17)
Participants will be transferred to the Cluj-Napoca airport for flights back home.

Price is based on double occupancy. A single supplement of $675 will apply.* 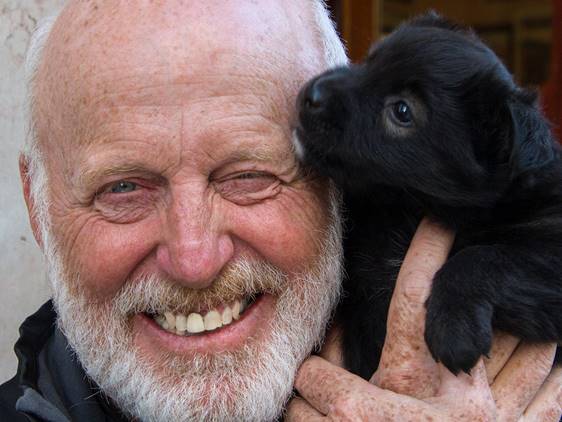 Add me to the interest list for future trips