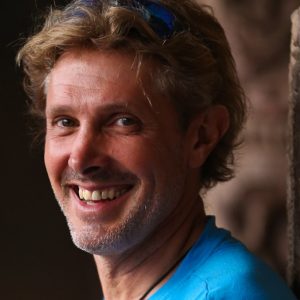 “A picture is worth a thousand words”, and through whichever lens you choose to enjoy the medium – be it humanitarian, travel, journalism, street, or aerial photography – a single image captured with the right balance of humanity, art, and creativity has the potential to inspire and impact an audience. Patrick developed an early interest for visual arts, and in parallel to an engineering and executive high-tech career, explored the world with his cameras on the roads less traveled. Upon his journeys, he witnessed life’s beauty and hardship, increasingly involved with and through organizations focused on education, nutrition, and viral disease prevention. Patrick improved his skills with assignments and workshops alongside world-renown photographers Garry Knight, James Nachtwey, Philip Blenkinsop, and David Allan Harvey.

Since then he has continued to craft stories as personal projects and assignments, giving workshops on visual storytelling with photo/video, most recently alongside National Geographic’s Bob Krist. Among the stories he published and exhibited for festivals and magazines are the 2008 Beijing Olympics, water and animal poaching issues in East Africa, traditional medicine practices used in remote areas of Africa and Cambodia, the nomads and shepherds of Tibet, India, and Nepal. He is a regular participant and contributor at Cambodia’s Annual Angkor Photo Festival and is currently working on several feature-length documentaries including The Elvis of Cambodia. Patrick likes to spend winters in Cambodia and summers at his farm in the south of France. At all other times, he can be found exploring our beautiful planet in search of the perfect image.