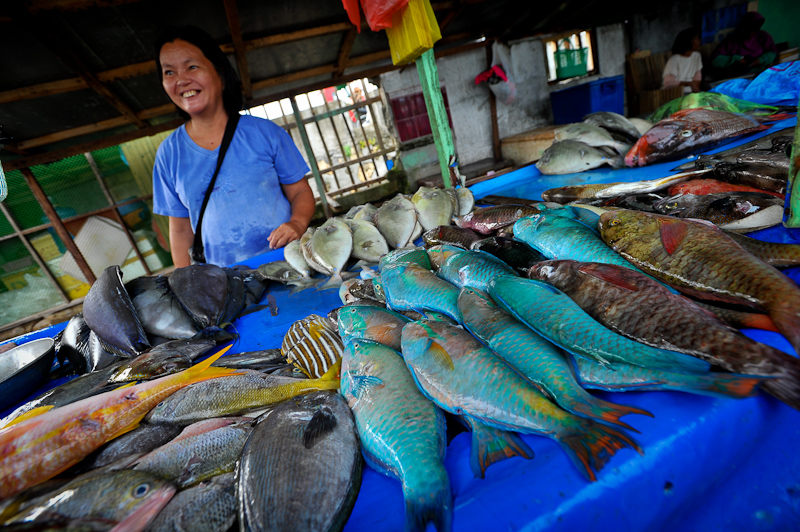 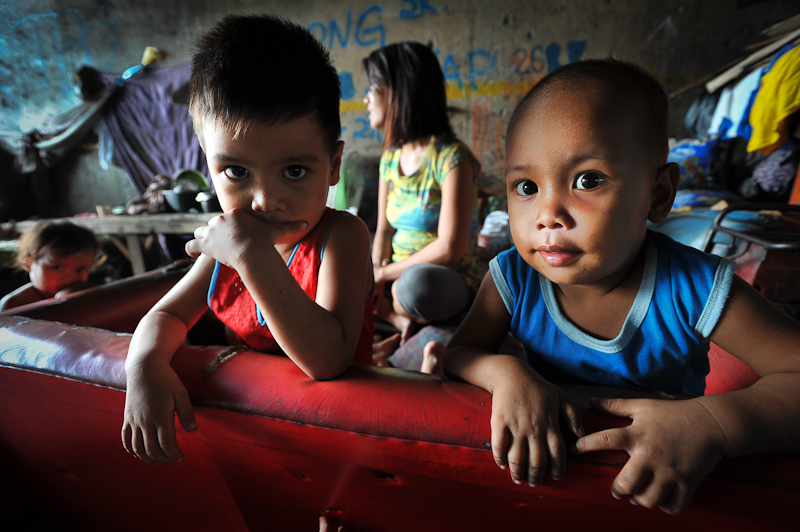 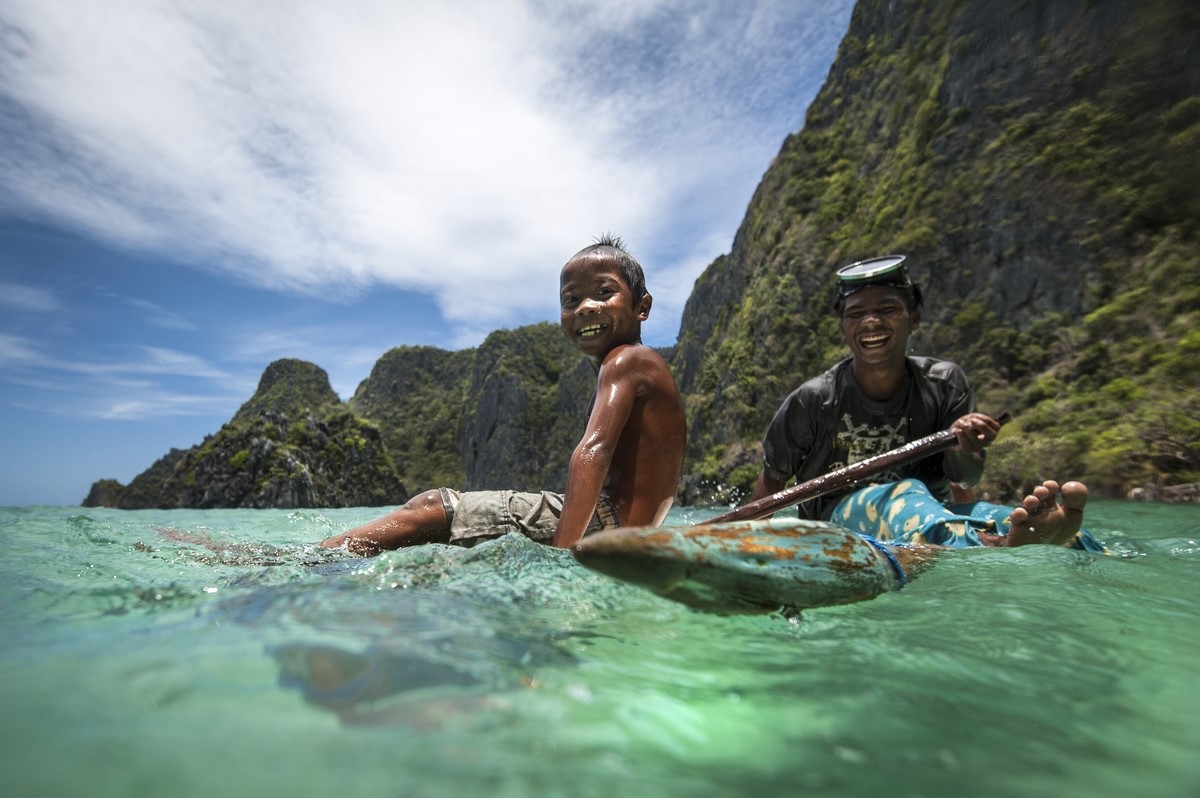 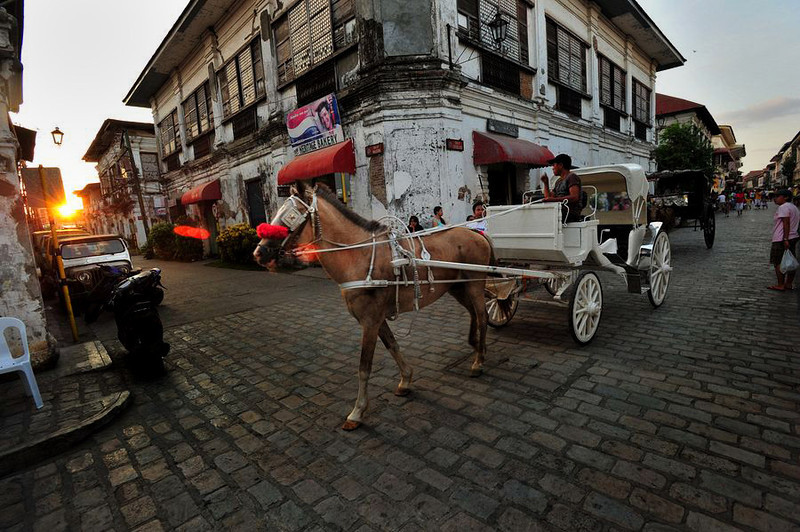 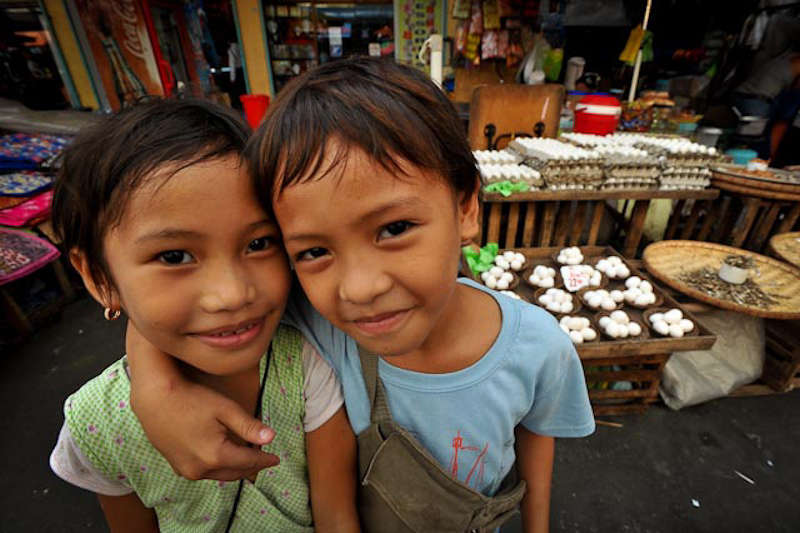 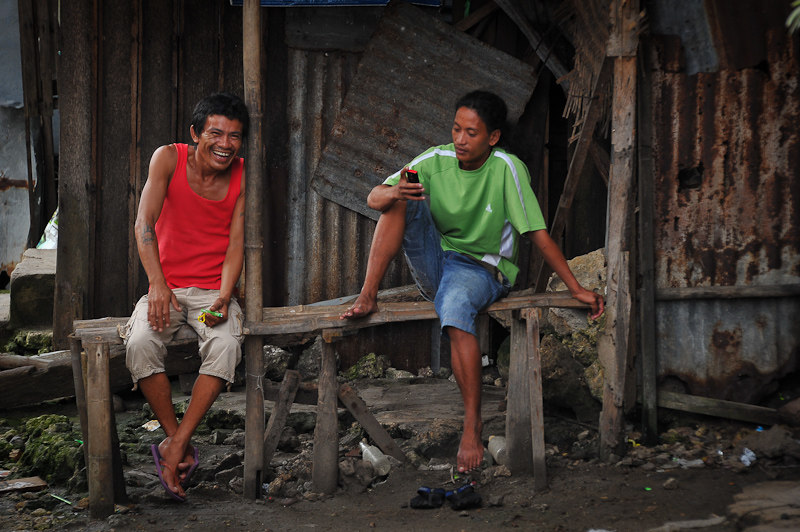 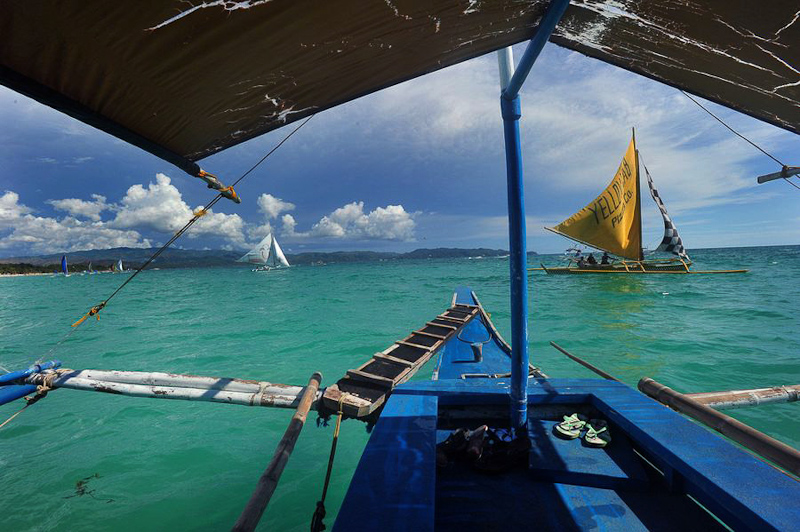 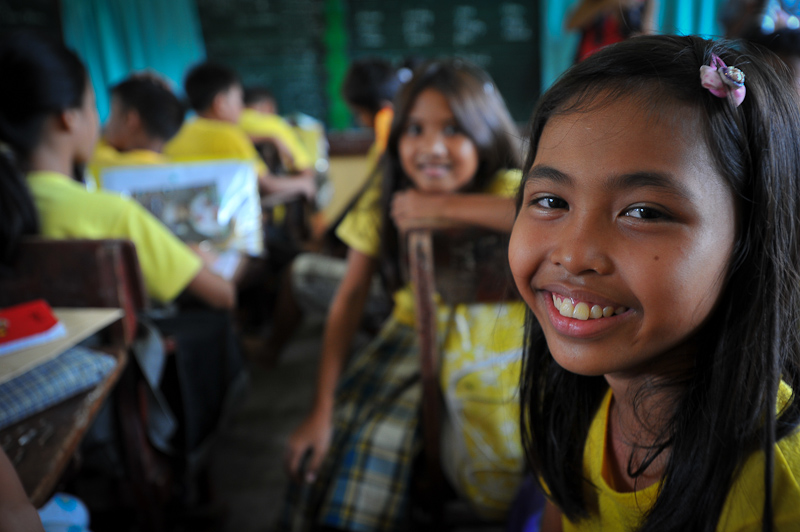 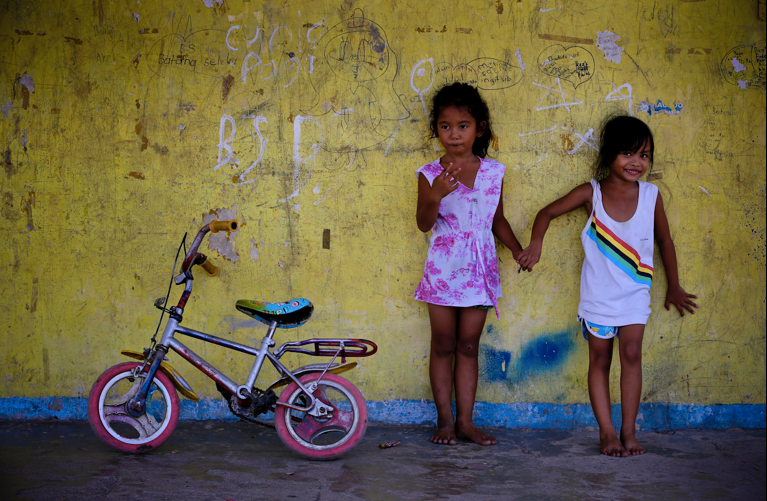 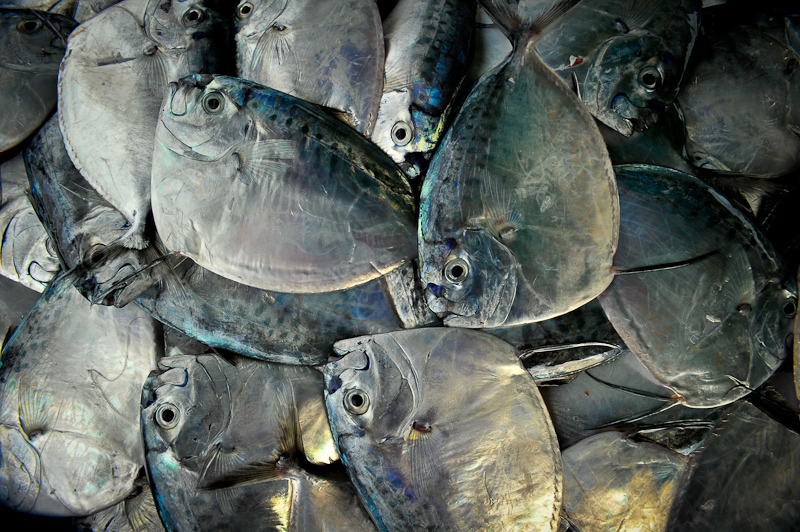 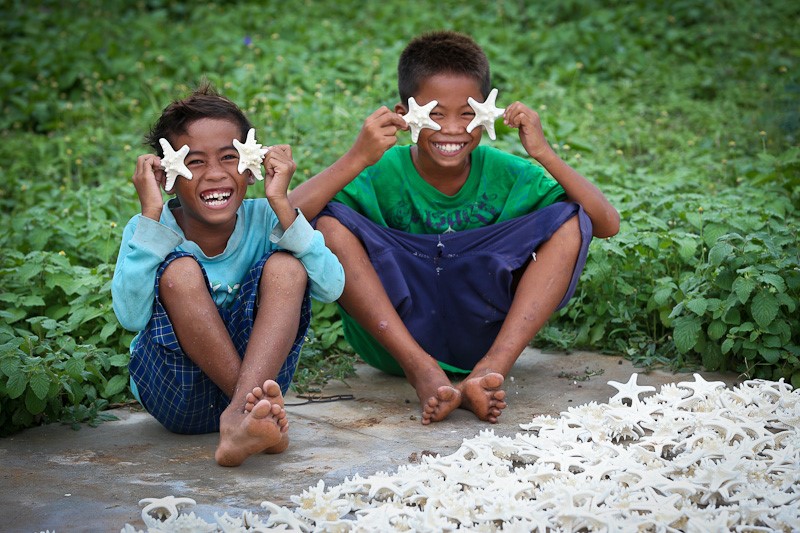 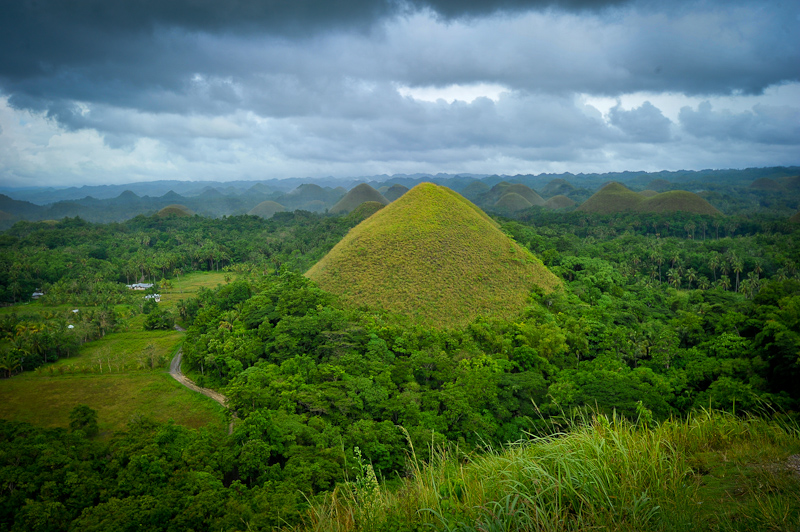 The Philippines, known as Pearl of the Orient, is one of the great treasures of Southeast Asia. Often overlooked by travelers, the Philippines rewards those who go the extra distance to reach and explore it. Because it’s off the beaten path, the Philippines is a great place to escape the multitudes who descend upon other parts of Southeast Asia. The country is the second-largest archipelago in the world, being composed of more than 7,000 islands. The Philippines boasts a fantastic landscape with wonders enough to stagger even the most jaded traveler, such as: the UNESCO World Heritage sites of Banaue with its amazing the Rice Terraces (called by many the 8th wonder of the world) and fascinating reminders of the islands’ rich history in places such as Vigan. But that’s not all the Philippines has to offer. If you’re after palm-fringed, white-sand beaches, the Philippines offers that too, on a scale and beauty that one might have expected to find in Hawaii decades ago.

The Philippines has three major regions; Luzon to the north, Visayas in the center, and Mindanao in the south. Manila, located in Luzon is the capital. The Filipino culture, has affinities with the Spain due to three centuries of colonial rule, and has an American influence, largely the result of a major military presence during World War II. The rich culture and tradition reflect the diverse indigenous groups from its many islands. Roman Catholicism is the predominant religion, being the only Catholic country in Southeast Asia. Tagalog is the official language though English is widely spoken.

Travelers who have been to the Philippines will universally comment that it’s the Filipinos themselves who make the country such a joy to visit. Photo friendly and full of smiles, the people open themselves and their lives to visitors on a scale only matched by places like India and Myanmar. The Philippines truly qualifies as one of the last great frontiers in Southeast Asia. This is your chance to be among the few to explore and photograph this amazing destination.

Day 1: Jan 26 Arrive in in Manila, where you will be picked up at the airport and taken to the hotel. This evening around 6:00 pm we will have an orientation meeting followed by dinner at a nearby restaurant. Spend the night Manila.

Day 2: Jan 27 Today, cameras in hand, we set out for a Manila City tour. Some historical landmarks and interesting parts of the city we’ll view include Rizal Park, the country’s premier park and the site of many important events in the country’s history; and Intramuros, the Spanish colonial city. Its historical landmarks include Fort Santiago, the old Spanish military headquarters; San Agustin Church, the oldest stone church in the city which has a museum of religious and secular art; Barrio San Luis, a complex of reconstructed period houses depicting the Filipino lifestyles of the 19th century. The tour also includes Quiapo, a district popular with the locals for its open market and its church which enshrines the black statue of Jesus Christ. Finally, we’ll see the Chinese Cemetery known for its peculiarity of having grandiose mausoleums with a fascinating blend of different religious elements. We’ll spend the night in Manila.

Day 3: Jan 28 This morning about 8:00 we set out in our own private Jeepney to visit and photograph a bustling fish market, and then Manila’s largest flower market. In the afternoon we ride a mini, man-powered train, and explore life along the railroad tracks. We spend the night in Manila.

Day 4: Jan 29 Today we’ll depart Manila via SUV’s for on our 200-mile journey north through Luzon to Banaue, home to some of the most beautiful rice terraces in the Philippines. Overnight In Banaue.

Day 5: Jan 30 Today, we’ll explore the area around Banaue. Depending on the weather, the lighting conditions and our group’s desire for a bit of hiking, we’ll visit the best overlooks to get some great shots of the rice terraces. If we have time we will also witness and learn a bit about the Ifugao culture. Overnight in Banaue.

Day 6: Jan 31 This morning we’ll take our time as we journey the 50 scenic miles to Sagada in beautiful Mountain Province. Sagada is a small town nestled in the middle of a valley at the upper end of Malitep tributary of the Chico River about 1,500 meters above sea level. It’s a lofty little town, dirt-free air, with the smell of towering pine trees. Our 3-4 hour journey will take us past stunning valleys, luscious rice patties and several small, quaint towns. On arrival, we’ll check into the rustic Rock Inn, just outside Sagada. After lunch, we’ll set off to explore the famous hanging coffins and burial caves of Sagada. Sagada’s hanging coffins are an ancient funeral custom. Coffins of various shapes can be seen hanging either on beams projecting outward from vertical faces of the mountain, others are placed in caves in the face of cliffs, or sit on natural rock projections. Overnight in Sagada.

Day 7: Feb 1 Today we head to the coastal town of Vigan. Our road journey takes us through the Philippine National Park on one of the prettiest drives in Luzon and takes about 6 – 7 hours due to sharp bends & sometimes bumpy road conditions. The two-lane paved road winds through the Cordillera Mountains and over the highest point in the Philippine highway system. Along the way, we will stop to photograph some amazing terraces and perhaps some of our brave participants might even elect to try crossing one of the tiny suspension bridges that span the many small tributary rivers which divide some of the mountain villages along our route.
Once we get situated at our hotel, we’ll do some late afternoon and evening shooting in Vigan’s old cobblestone streets and historic district right outside our doorstep. In pre-colonial times, Vigan was an important trading post for Chinese junks, trading gold beeswax, and other products from the central Cordilleras for exotic Asian goods. Many Chinese traders settled in the mestizo district, marrying locals and starting new bloodlines. Vigan was captured and settled by the Spanish in 1572, and grew to become a center of Spanish political and religious power in the north of Luzon. The architecture and cobblestone streets make for some lovely photos. We’ll spend the night at our hotel in the heart of the historic district of Vigan.

Day 8: Feb 2 This morning we are up early and head out to explore Vigan. We visit the Mestizo District which offers a wonderful glimpse into the Philippines’ colonial past. The ancestral houses were mostly built by Chinese traders using an eclectic mixture of local, Asian and Spanish architectural styles. St. Paul’s Metropolitan Cathedral was built by Augustinians around 1790 and features a unique design intended to minimize earthquake damage; a style that came to be known as “earthquake baroque”. We’ll see a Feng Shui inspired bell tower and see Plaza Salcedo, the site of resistance leader Gabriela Silang’s public hanging in 1763. Close by is the Ayala Museum, with Ilocano artifacts and Burgos Memorabilia. After our evening shoot in this historic district, we have a nice, outdoor café dinner and then spend our final night in Vigan.

Day 9: Feb 3 We’ll rise early this morning and travel by private bus to the airport in Laoag to board our flight to the island of Cebu. On the way, time permitting, we’ll make a stop in Paoay to see and photograph St. Augustine Church, one of the oldest in the Philippines and a prime example of Spanish colonial baroque architecture. The church was built to withstand earthquakes; it is one of the few remaining Baroque churches adapted to the seismic condition of the country through the use of enormous buttresses. from Baguio to NAIA airport in Manila where we’ll catch our flight to the island of Cebu. Once there, we’ll be transferred from the airport to our resort where we’ll have dinner and spend the night. Overnight Cebu.

Day 10: Feb 4 Today we’ll photograph a bustling local fish market and then boxing at a local gym in an impoverished part of Mandaue. (Boxing is only 2nd to Basketball as the most popular sport in the Philippines.) If time permits, we will visit and photograph preparation of Cebu’s famous Lechon at a local restaurant. Spend the night in Cebu.

Day 11: Feb 5 Today we’ll visit a starfish processing plant on an adjacent island. In the evening, we’ll make our way into Cebu City to photograph the “Sinulog dancing candle ladies of Santo Nino Basilica. Spend the night in Cebu.

Day 12: Feb 6After breakfast at our hotel in Cebu we’ll board a ferry to the neighboring island of Bohol. After checking in at our resort hotel, there will be time for a quick swim, relaxing or photographing on the beach. At sunset we walk the beach photographing the seascape, fishermen and children frolicking in the water. This evening we enjoy photo sharing and an open-air dinner overlooking the ocean. Spend the night in Bohol.

Day 13: Feb 7This morning we rise early and head to the Tarsier Research and Development Center to photograph the Tarsier, a strange, tiny monkey with large eyes. After photographing Tarsiers, we take a boat ride through the local jungle, and on the way back to the hotel make a short stop to photograph the Chocolate Hills. The Chocolate Hills are a rolling terrain of nearly symmetrical limestone mounds. During the dry season, the grass-covered hills dry up and turn chocolate brown. This transforms the area into seemingly endless rows of “chocolate kisses”. We spend the night in Bohol.

Day 14: Feb 8Today we’ll do a portfolio review, relax at the beach and/or arrange optional excursions throughout this tropical island. We spend the night in Bohol.

Day 15: Feb 9Group will return to Manila Airport to connect with flights home.

Price based on double occupancy. A single supplement of $925 applies.* 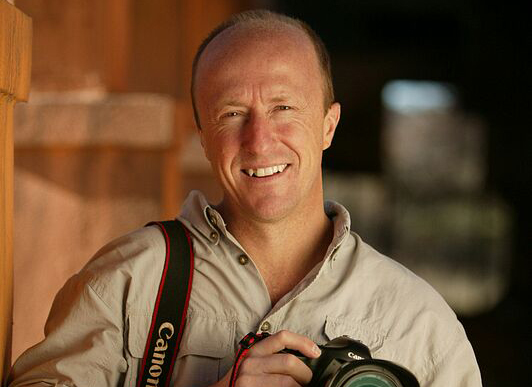 Join the waitlist.
View Testimonials from past trips