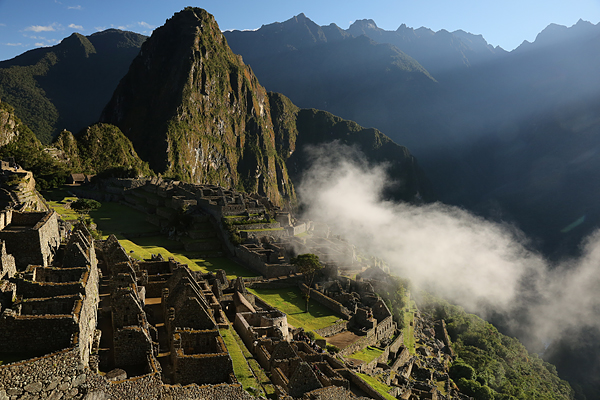 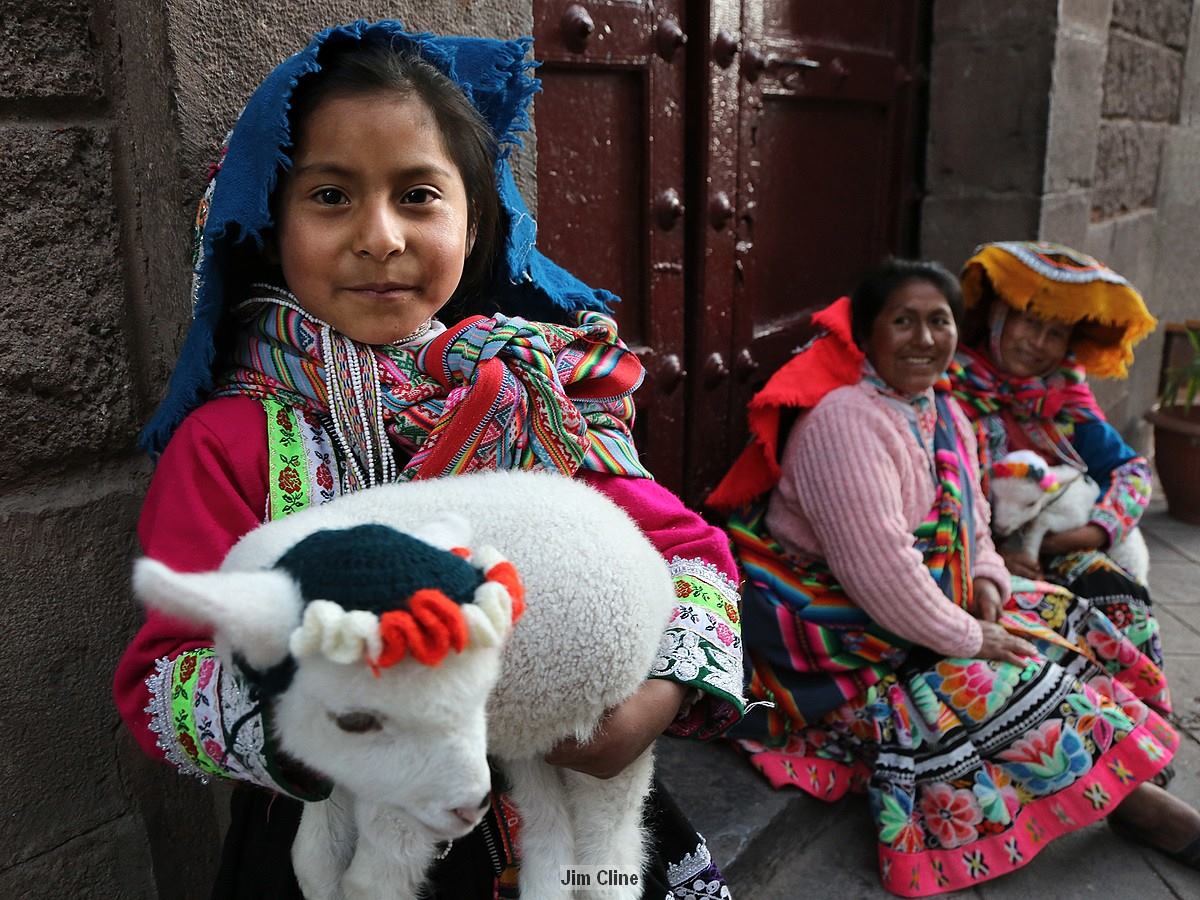 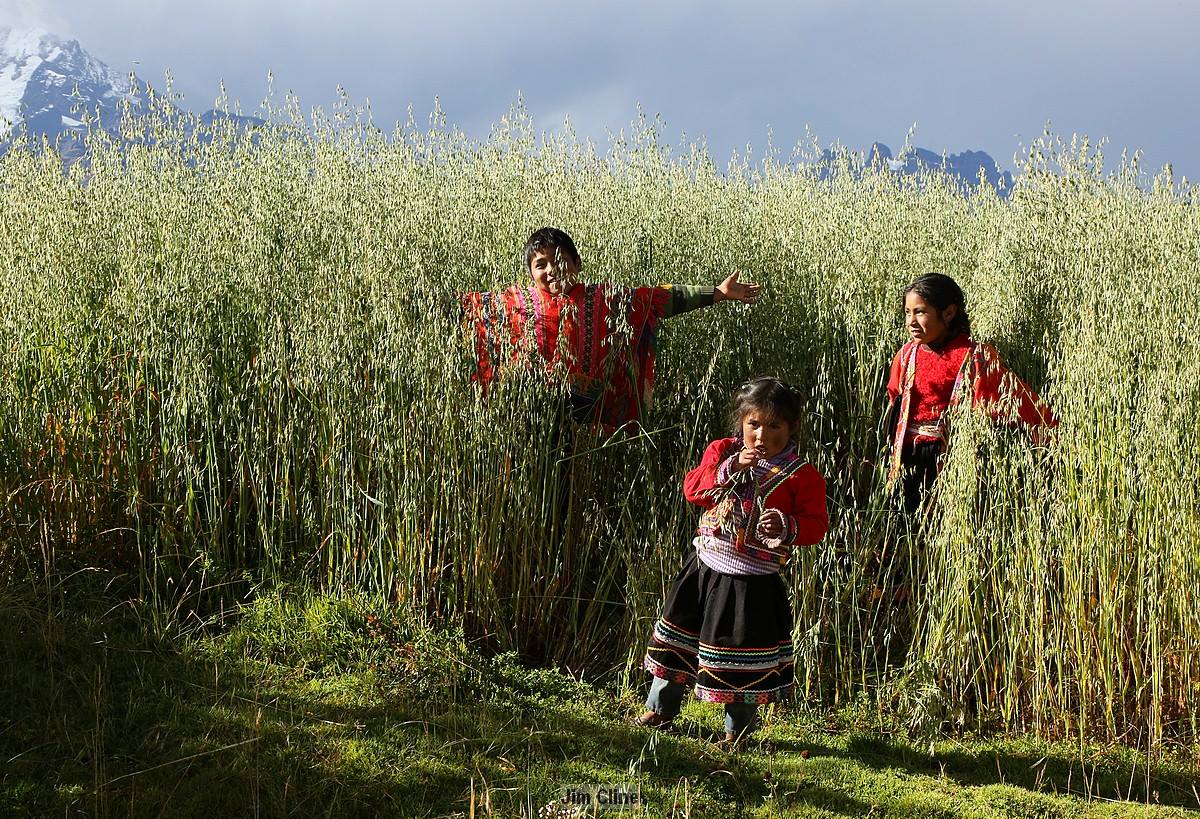 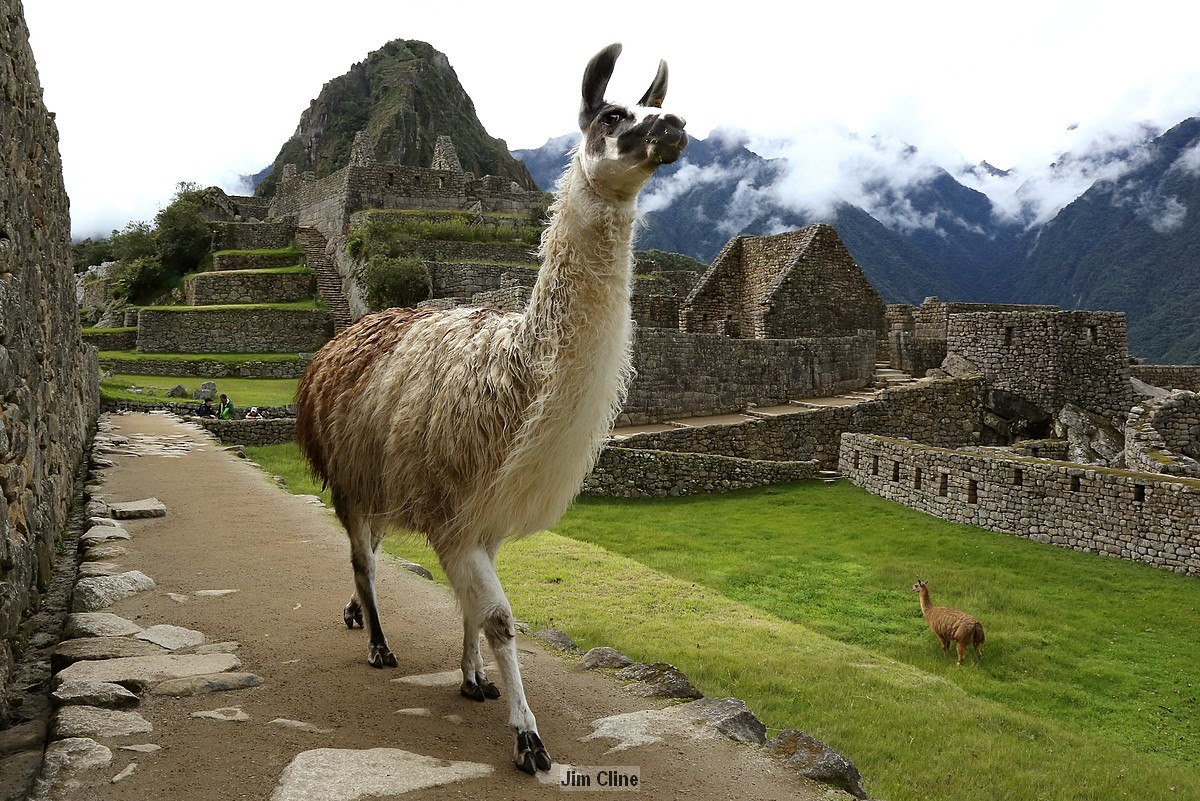 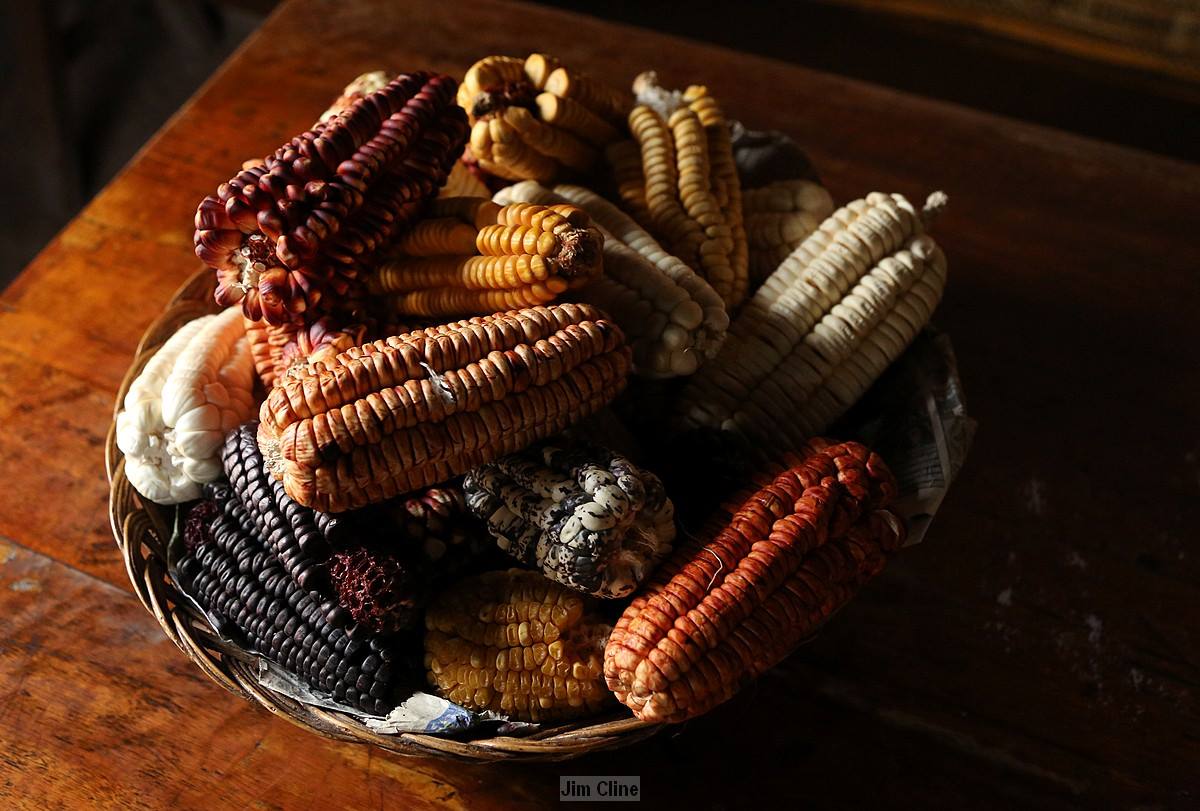 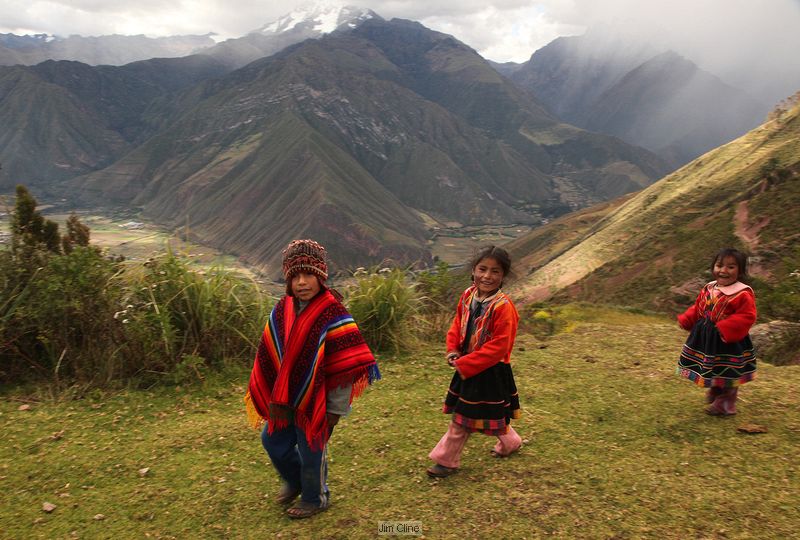 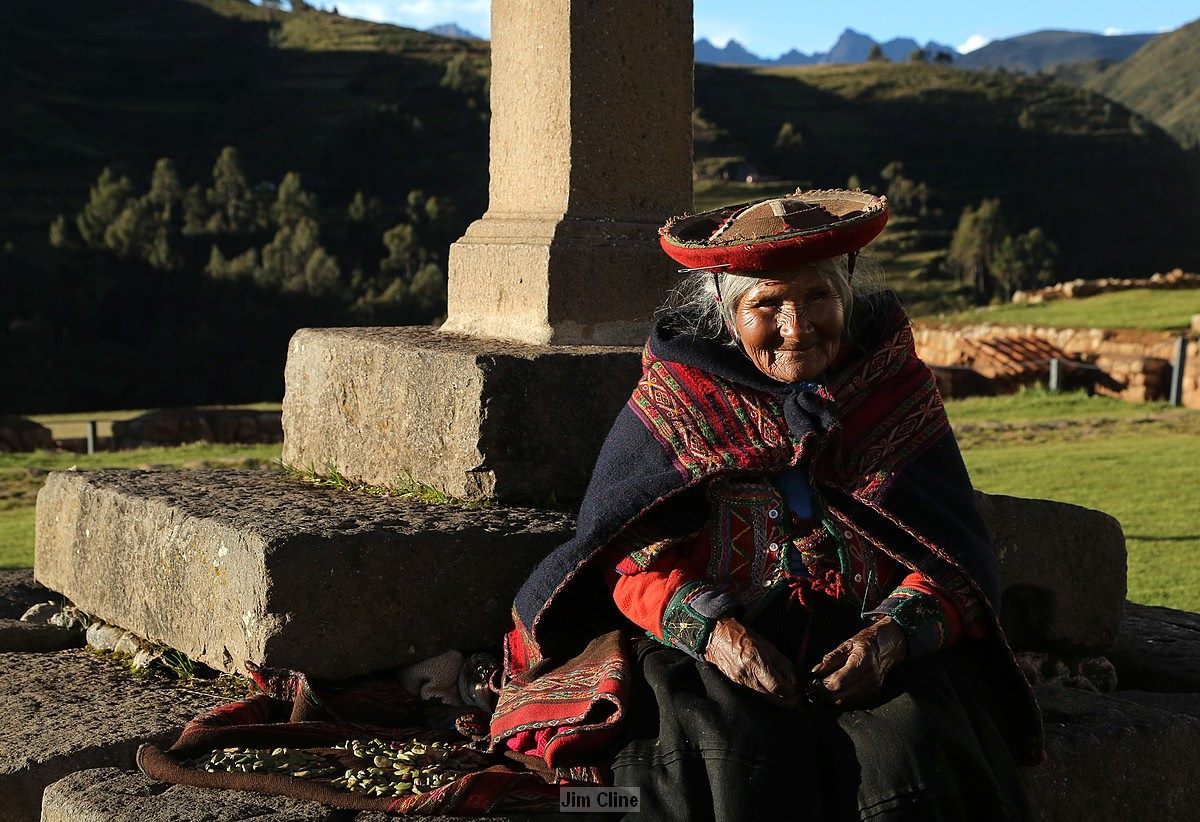 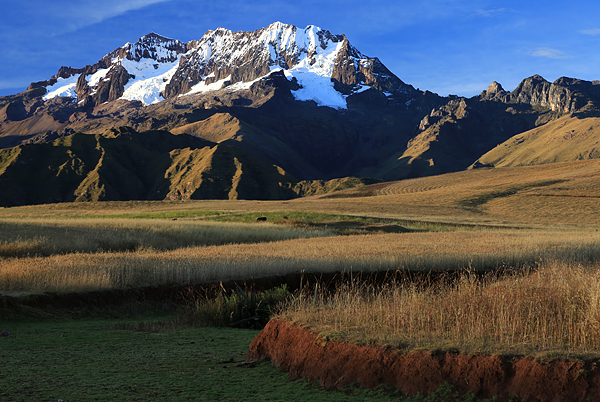 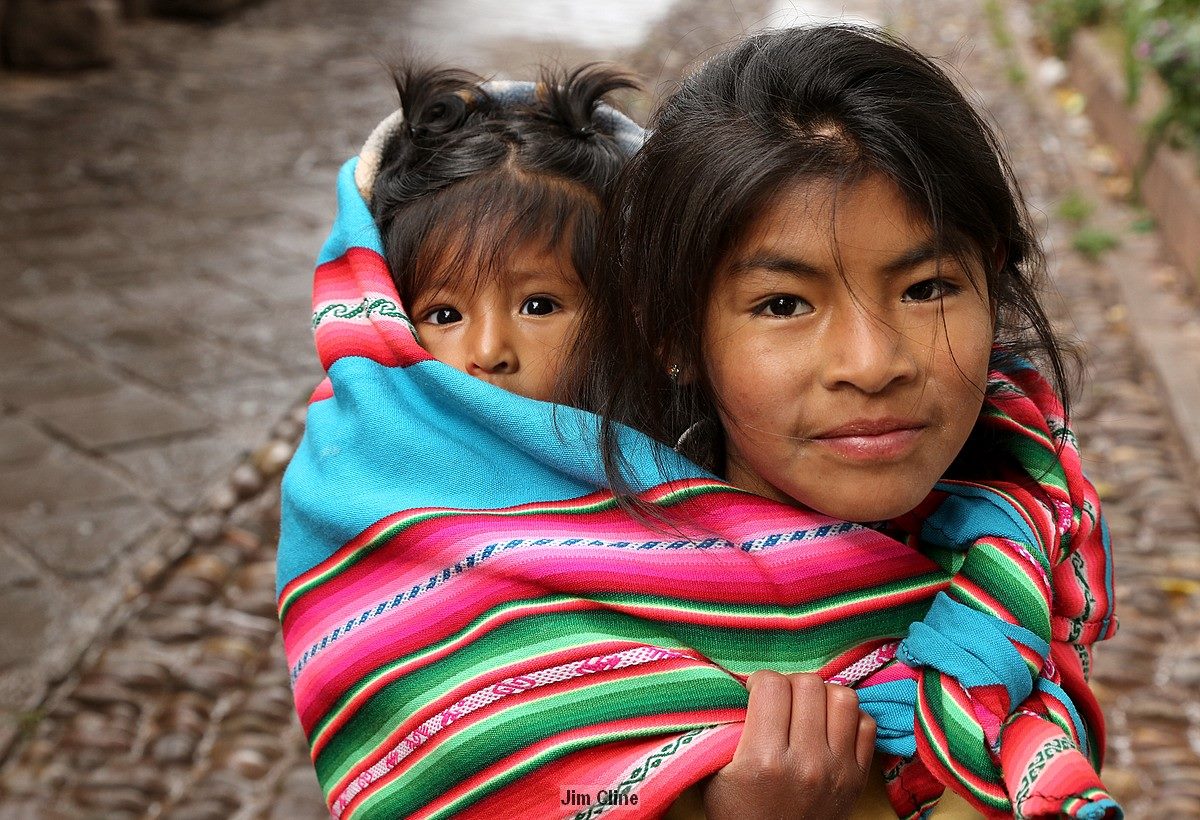 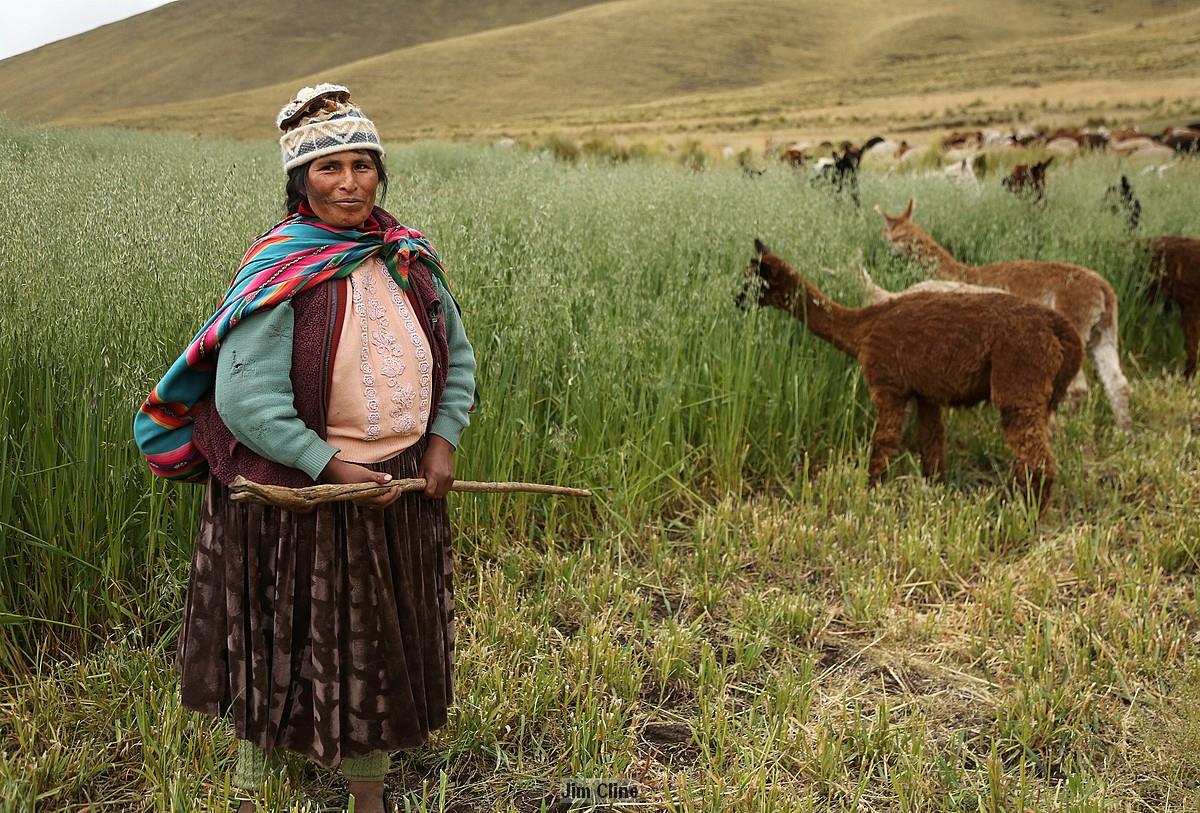 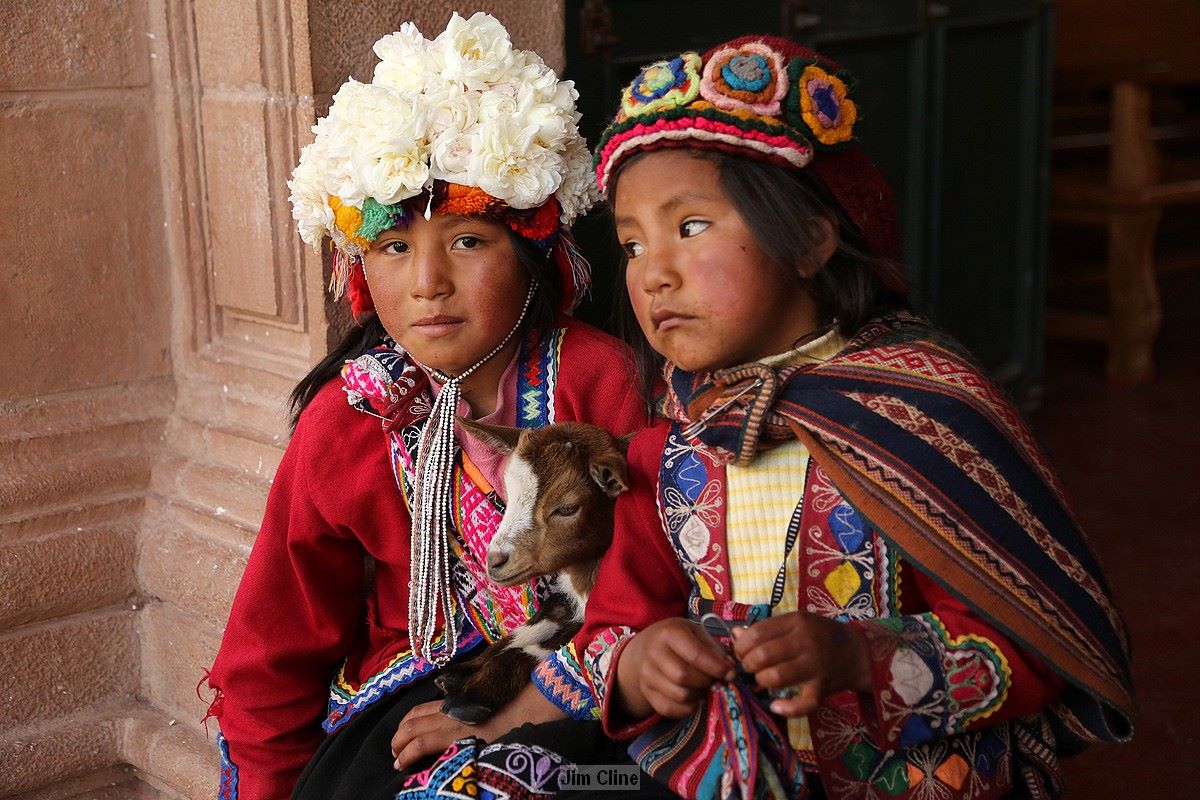 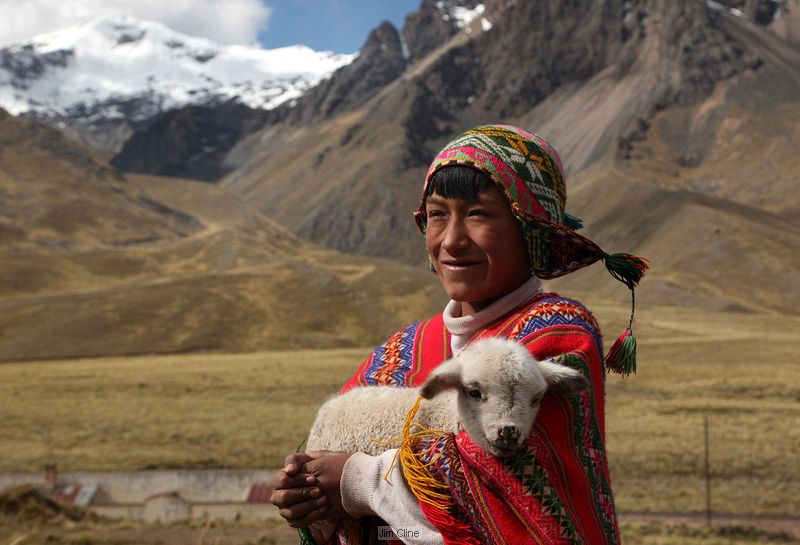 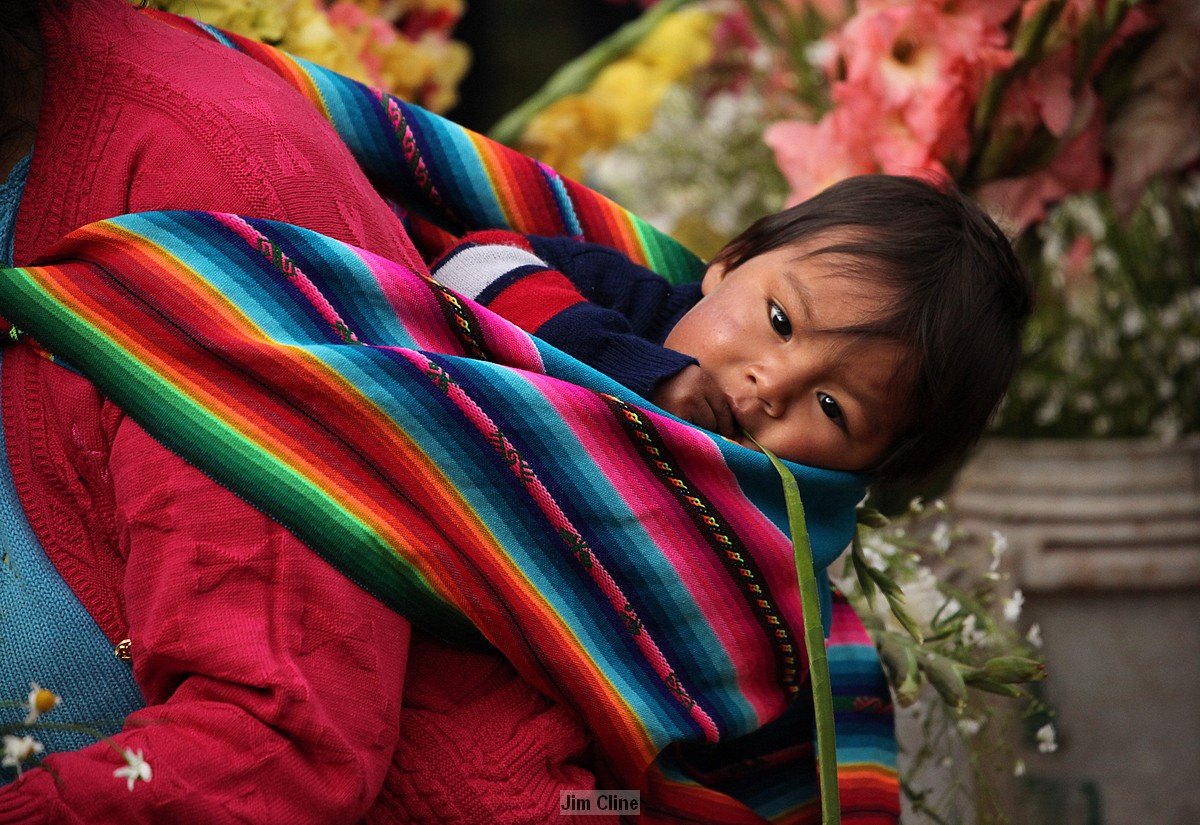 Long before the Europeans showed up in America, the Incas had established a great civilization in and around the Sacred Valley of Peru. Many reminders of this world still remain – in the ancient ruins at such sites as Machu Picchu, Pisac, and Ollantaytambo, and in the local people and their traditions. We will stay as near as possible to these archeological sites in order to photograph them in the best light in the morning and late afternoon. And we’ll visit the various towns on their special market days, providing many photo opportunities of the modern-day Inca and their traditions.

Lake Titicaca is famous as the largest lake in South America and the highest navigable lake in the world. However, what really makes a visit to its shores magical is the quality of light in the clear high-altitude air as it sparkles on the deep blue waters of the lake. A visit to the traditional islanders on Taquile island is a must.

Day 1 (May 10): Arrive from your flight to Lima. You will be transported from the airport to our hotel. We will have an orientation meeting in the evening and go to dinner. We’ll spend the night in Lima.

Day 2 (May 11): We’ll catch our flight to the beautiful city of Cuzco. After lunch and perhaps a coca tea, we’ll go on a tour of this colonial gem, visiting the Cathedral and other churches. We’ll see first-hand many of the walls built by the Incas which now form the foundations of colonial buildings built by the Spaniards. We’ll catch the last light on the Cathedral and other buildings on the Plaza de Armas, and then photograph these buildings as the light changes to twilight. We’ll spend the night in Cuzco.

Day 3 (May 12): Today, we’ll have the whole day in and around Cuzco. In the morning we’ll go on a walking tour with our guide visiting Koricancha, which was the center of the Incan Empire. We’ll continue to the artisan center of San Blas, before returning to the Plaza de Armas. After lunch, we’ll have some free time, and then in the late afternoon, we’ll visit the Inca ruins site of Sacsayhuaman to capture the last light as it plays on the ancient Inca stones. On our way back down to Cuzco, we’ll stop to take photos of the city as the lights come on at twilight time. That night during dinner we’ll sample Peruvian cuisine and watch a traditional music and dancing demonstration. A final night is spent in Cuzco.

Day 4 (May 13): In the morning we’ll drive into the Sacred Valley of the Incas to the beautiful town of Pisac. We’ll stop on the way for photo shoots at dramatic vistas of the Andes Mountains, and at Awana Kancha, a weaving cooperative where we’ll have the opportunity to photograph various traditional weavers, and close-ups of llamas and alpacas. In the afternoon we’ll drive up to explore the Inca ruins situated high on the hills above the town of Pisac. We’ll photograph the ruins and the picturesque valley at the last light. We’ll spend the night in Pisac.

Day 5 (May 14): Pisac: We’ll have free time in the morning to explore the quaint town of Pisac. We can visit the food market, the crafts market, and photograph the people as they come to the Sunday Mass at the church, which is given in the local Quechua language. Many of the mayors of the local communities come in their traditional dress, and may pose for us. In the afternoon we’ll drive through the Sacred Valley, stopping for photo stops along the way with views of the Andes. We’ll finish in the picturesque town of Chinchero. We’ll see a private weaving demonstration and photograph the weavers in their colorful traditional dress. This is a great sunset location, with the last light hitting the picturesque church, and the colorful villagers selling their wares. We’ll spend the night in the nearby town of Ollantaytambo.

Day 6 (May 15): In the morning we’ll explore the Inca ruins at Ollantaytambo. From the ruins, we’ll have a view of the town of Ollantaytambo, as well as the Urubamba Valley, with the snow-capped Andes rising in the background. We’ll also explore the town of Ollantaytambo – nestled in the Urubamba Valley, it is the best surviving example of Inca city planning with narrow cobblestone streets that have been constantly inhabited since the 13th century. The traditional villagers still utilize the Inca-built irrigation canals that run right through the town. In the afternoon we’ll visit Salinas, where thousands of salt pans have been used for salt extraction since Inca times, situated high above the Urubamba Valley. We’ll photograph views of the valley, and the last light reflecting in the ponds. We’ll spend the night in Ollantaytambo.

Day 7 (May 16): In the morning, we’ll visit a couple of local villages to photograph the traditional inhabitants in their colorful dress, where we’ll have special permission to visit and photograph a rural school. In the late afternoon, we’ll catch the train for the scenic ride along the Urubamba River to Machu Picchu. We’ll arrive at the world-famous ruins at Machu Picchu in time for dinner and rest. We’ll spend the night in Aguas Calientes.

Day 8 (May 17): In the morning we’ll visit the world-famous Inca ruins at Machu Picchu. We’ll have a guided tour and then we’ll stay there all afternoon as the vast majority of visitors leave, photographing until the end of the day. We’ll then take the 30-minute scenic bus ride down to our hotel in the town of Aguas Calientes. Those who wish can soak in the local hot springs. We’ll spend the night in Aguas Calientes.

Day 9 (May 18): We’ll wake up early and take the short bus ride up to the ruins to wait for the first light to arrive. We’ll spend several hours of free time photographing the ruins. You’ll have the option of taking side hikes up to the Sun Gate, the Moon Temple, or to scale the sacred peak of Huayna Picchu, the mountain that towers over the ruins. In the afternoon we’ll catch the train back to Cuzco and stay overnight there.

Day 10 (May 19): We’ll have free time in Cuzco to wander the ancient streets and photograph, shop and relax. We’ll also have some time for image sharing before dinner. Tonight is our final night in Cuzco.

Day 11 (May 20): In the afternoon catch your flight back to Lima, then onward to fly back home in the evening. (Those with flights the following morning will have the option to spend the night in a hotel).

Ext Day 1 (May 20): In the morning we’ll depart for Lake Titicaca, making several stops along the way. We’ll visit Andahuaylillas, a village with one of the most beautiful churches in the Andes. Continuing on the drive we’ll make other stops where we’ll have the opportunity to photograph Inca ruins, llamas and alpacas, and incredible vistas of the Altaplana with the peaks of the Andes towering in the background. We’ll arrive at our hotel in Puno at the end of the day where we’ll enjoy lake-view rooms and our own private dock.

Ext Day 2 (May 21): We’ll spend the whole day visiting the islands on Lake Titicaca. In the morning we will meet our fast boat down at the private dock of our hotel. Our boat goes faster than at least 95% of the boats on the lake, allowing much more time on the islands to explore and photograph. The boat will take us to the Floating Islands of the Uros people, unique islands made of the buoyant totora reeds that grow abundantly in the shallows of the lake. These reeds are also used to build the Uros’ boats, homes, and many of their crafts. We then go to Taquile, where the inhabitants maintain a very traditional lifestyle. We’ll arrive back in Puno near the end of the day. We’ll spend the night in Puno.

Ext Day 3 (May 22): We’ll have a relaxing morning at our lakefront hotel before being transported to the airport in Juliaca for our flight to Lima. We’ll arrive in the afternoon and have the option for a day-use hotel room before catching your international flights out that night. 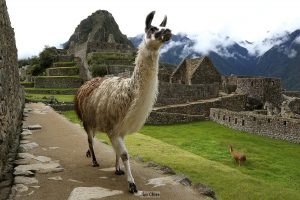 Price is based on double occupancy. The single supplement of $875 will applies for the main trip and $195 for the extension.*

Add me to the interest list for future trips