India: Gujarat and the Sikh Festival of Holla Mohalla with Karl Grobl – Feb/Mar 2023 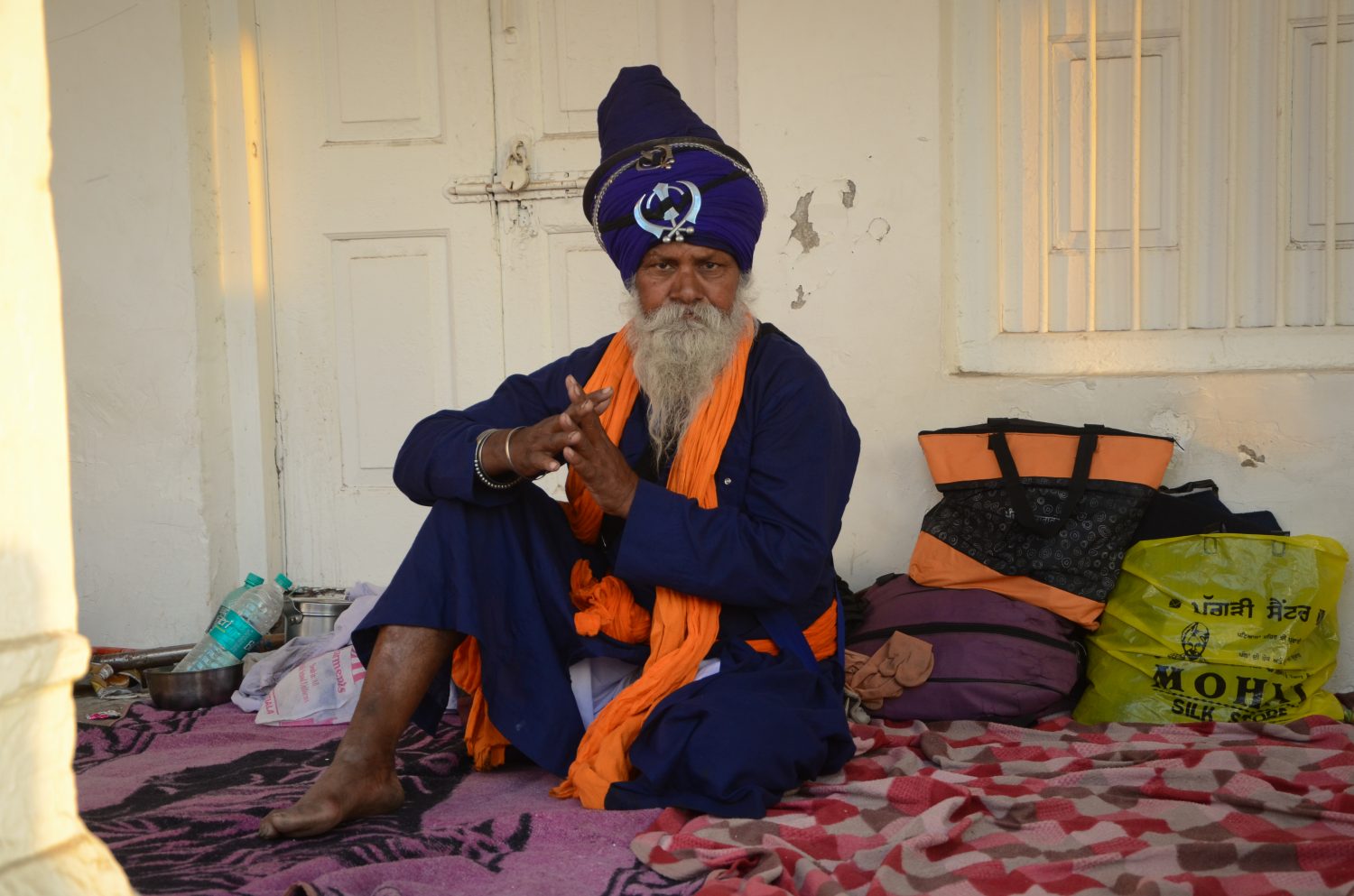 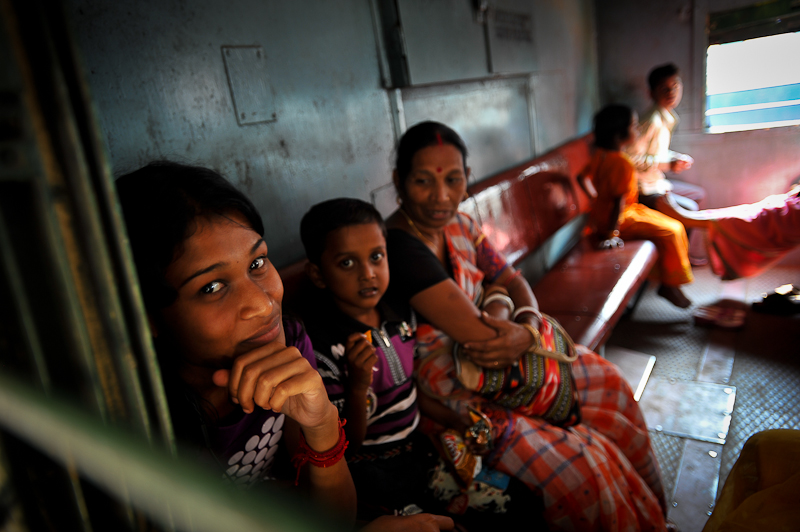 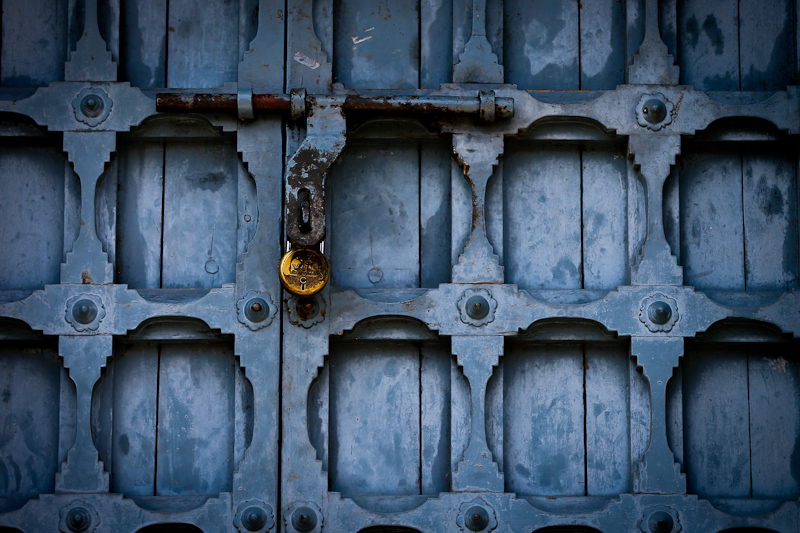 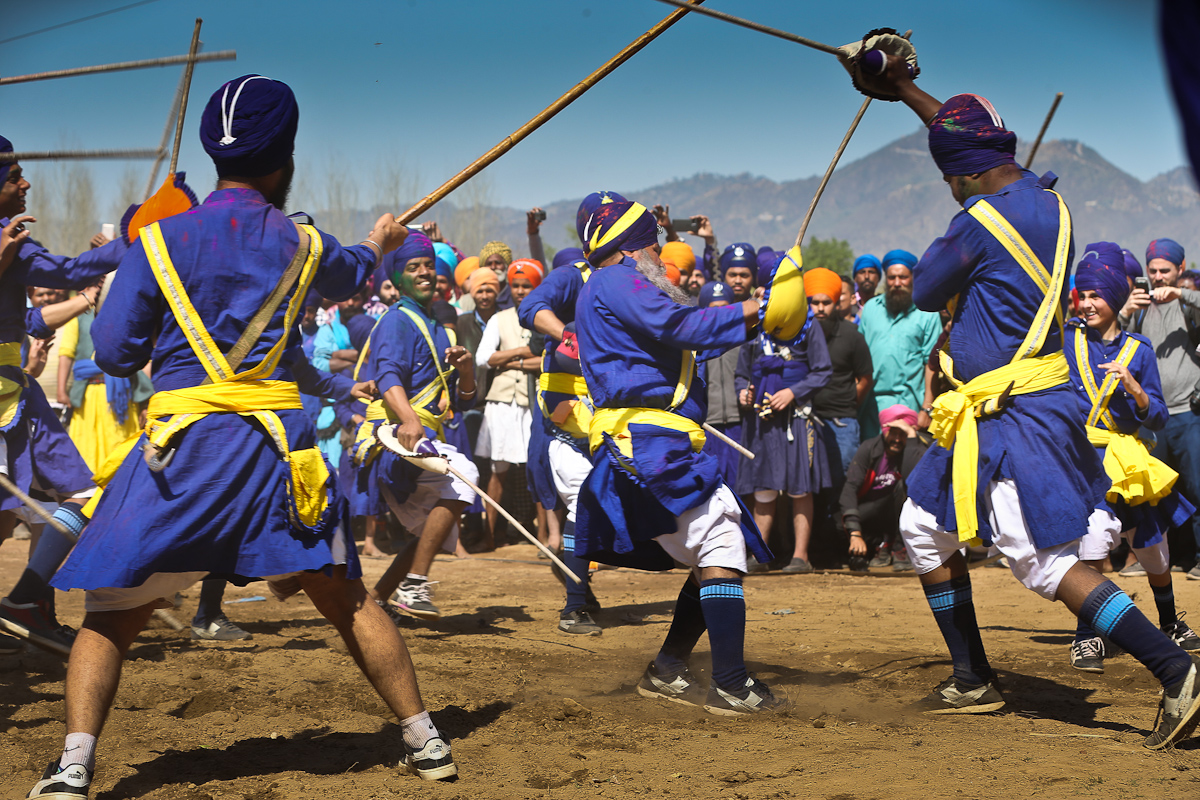 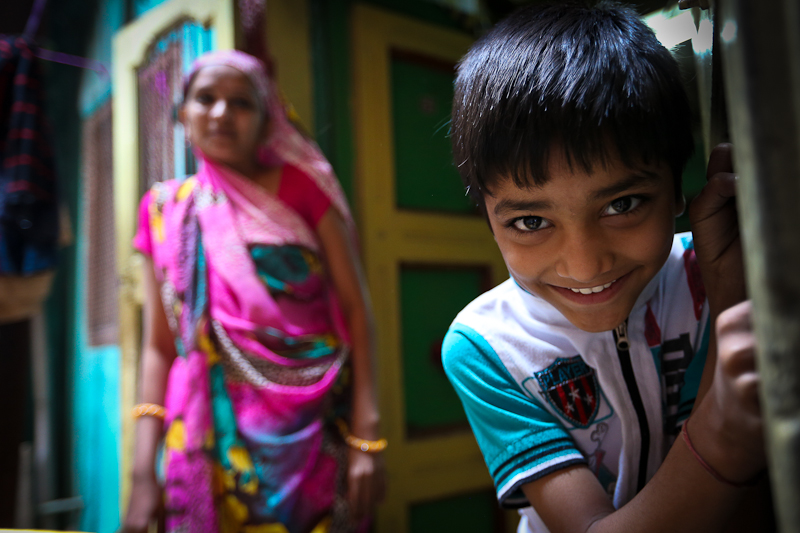 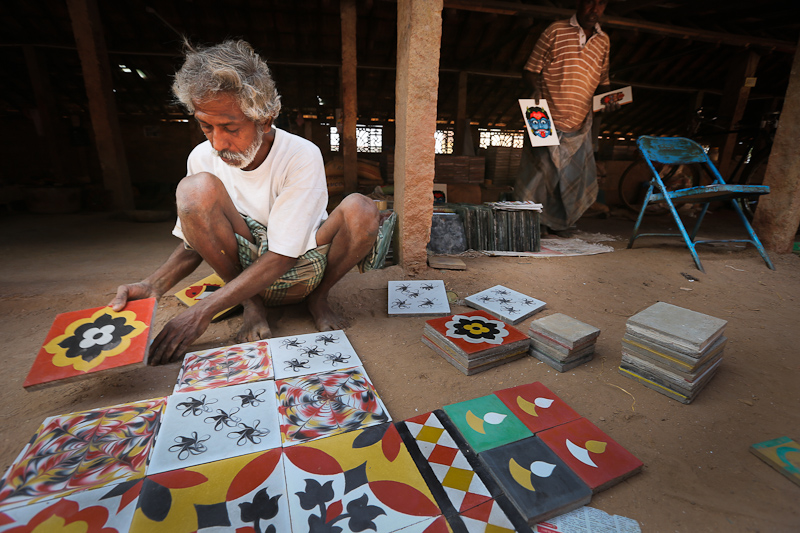 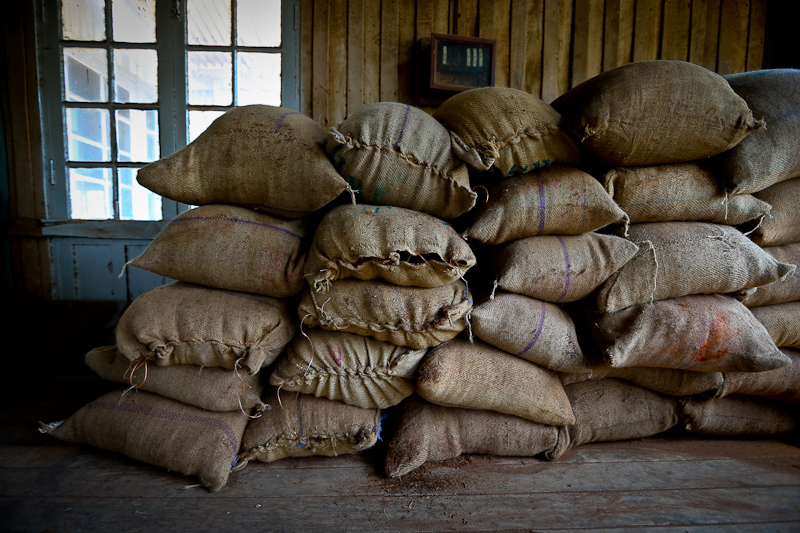 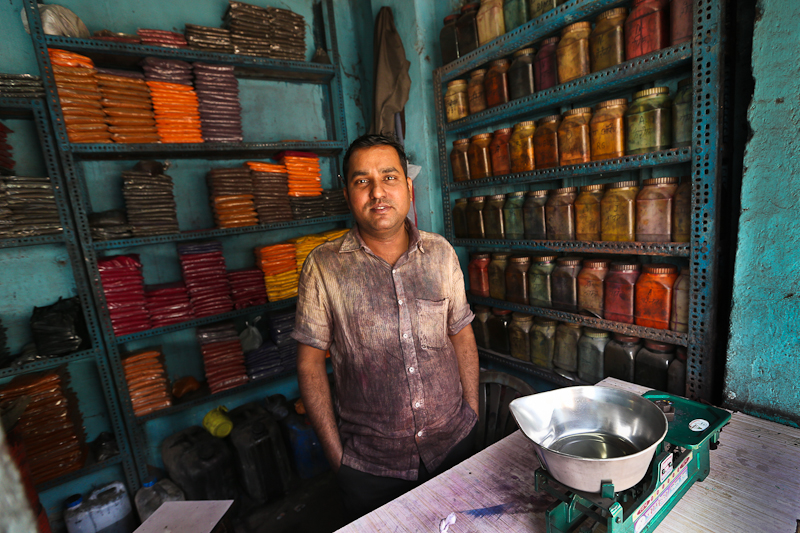 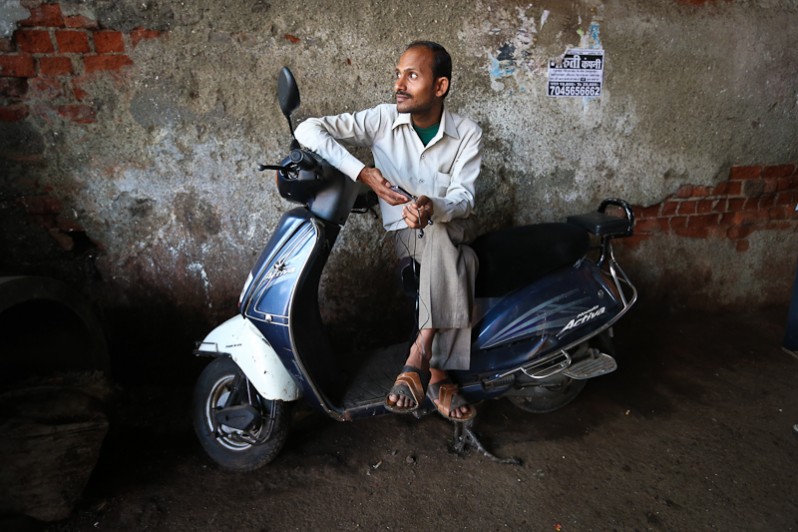 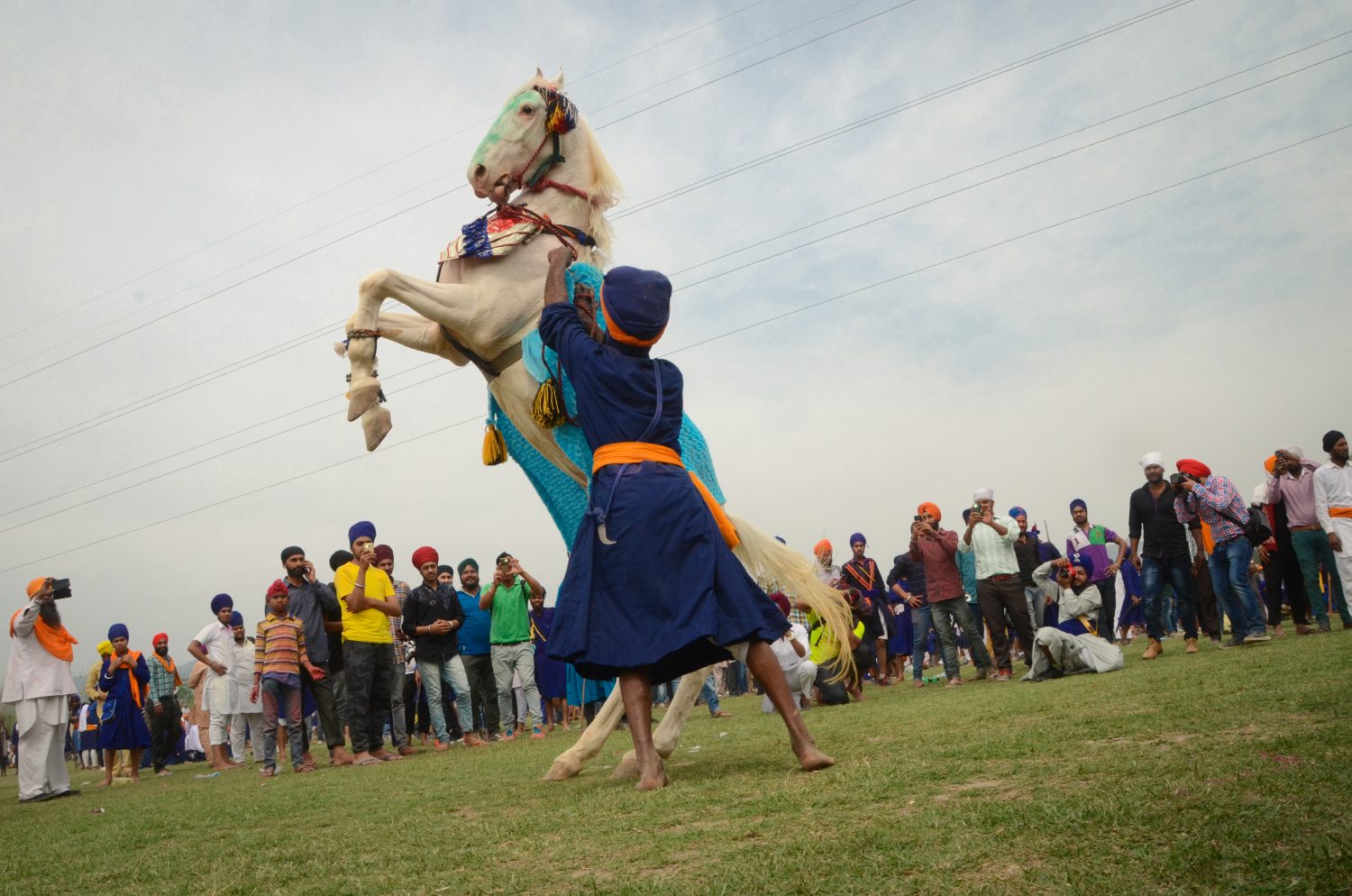 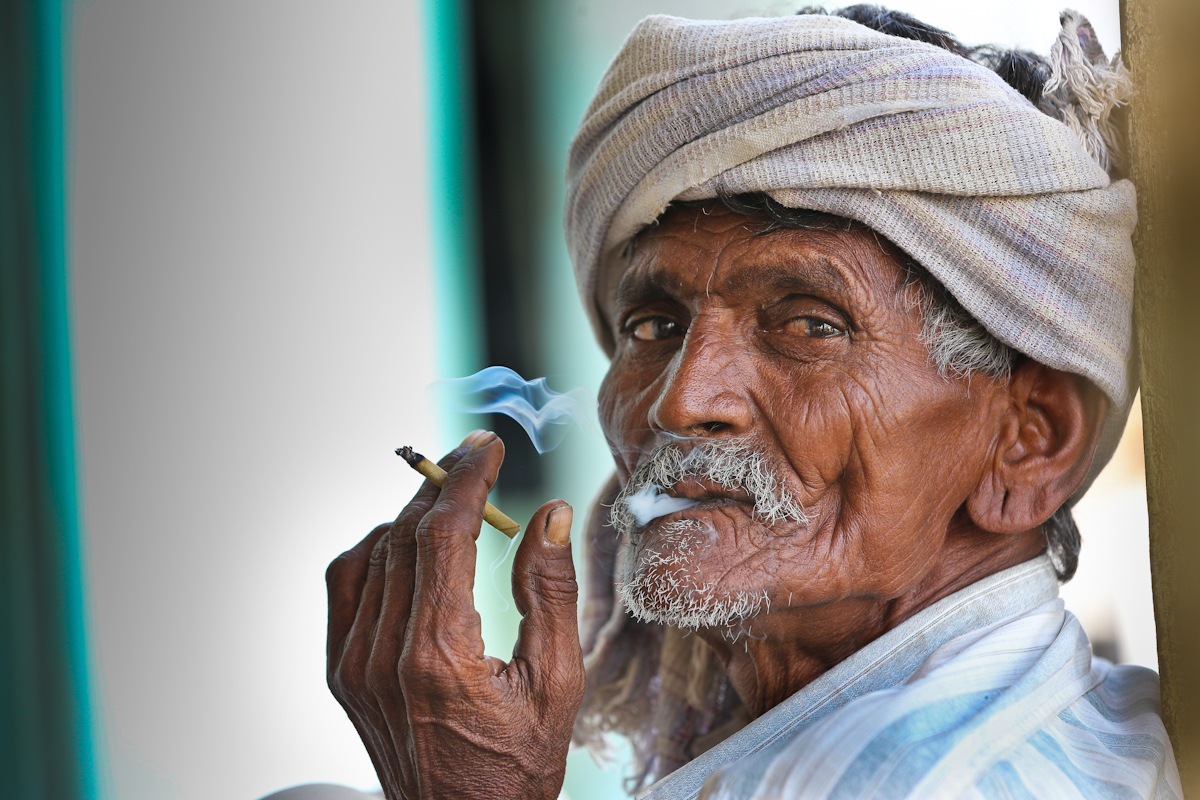 India: Gujarat and the Sikh Festival of Holla Mohalla with Karl Grobl – Feb/Mar 2023

It’s impossible to traverse the whole of India and not feel the palpable difference between North and South. The dominant features of South India are its tropical climate with lush-green tropical vegetation in the coastal areas, as well as its architecture, cuisine, culture, languages, and lifestyle. In spite of repeated exposure to foreign influences, these elements have, at their core, remained essentially Dravidian.

We have timed our trip with a spectacular ritual dance of Theyyam. Theyyam is the product of a synthesis of ritual, vocal and instrumental music, dance, painting, sculpture, and literature.

It attributes great importance to the worship of heroes and ancestral spirits and is a socio-religious ceremony. The colorful pageantry, the enthusiastic crowd, and the religious favor are all worth witnessing.
Moving further south, we will witness a great ancient Elephant Festival in Palakkad.

Art, ancient civilizations and wildlife thrive in this northwestern coastal state of Gujarat. It is one of India’s richest state both economically as well as culturally. The art flourishes in its cities and artisans thrive in its villages. Gujarat is famous for its exquisite handicrafts like embroidery, tie-dye fabrics, enameled silverware, and other handicrafts.

Hola Mohalla is a Sikh festival consisting of camping out and enjoying various displays of fighting prowess and bravery, followed by kirtan, music, and poetry. For meals, which is an integral part of the Sikh institution, visitors sit together in pangats and eat vegetarian food of the Langars. The event concludes with a long, military-style procession near Takht Sri Keshgarh Sahib, one of the five seats of temporal authority of the Sikhs.

We will see how India has absorbed the influences of so many waves of colonizers and yet has remained distinctly and proudly Indian.

Day 1: Feb 26
On arrival in Kannur, you will be met by a representative from our local tour company and be transferred to the hotel. Overnight in Kannur.

Day 2: Feb 27
Today and tomorrow we’ll be visiting nearby villages around Kannur and witness various aspects of the Theyyam festival. The festivities may go well into the evening or even all night. Theyyam or Theyyaattam is a pattern of hero worship performed in North Kerala. It is a ritual and a folk-dance form supported by a vast literature of folk songs. ‘Theyyaattam’ means the God’s Dance.
This evening/late night, we will photograph additional Theyyam performances at local temples. Overnight in Kannur.

Day 3: Feb 28
This day is rather flexible. There will be time to rest after yesterday’s activities, as well as the opportunity to explore more village festivities. If you’d like to relax, you will have the option to go to the beach or explore some of the nearby fishing villages. Overnight in Kannur.

Day 4: Mar 1
After breakfast, we’ll drive to Palakkad and on arrival, check into the resort. In the afternoon, we’ll head to the festival grounds to witness the 50 elephant festival. We will also visit an ancient temple to experience and photograph a centuries-old festival, complete with decorated elephants and drummers. The colorful mosaic of Kerala festivals and fairs is as diverse as the land. Overnight in Palakkad.

Day 5: Mar 2
After breakfast, we’ll drive to Cochin. Along the way, we’ll stop at the renowned Kalamandalam Dance School. We’ll have a guided tour of the school, during which we’ll witness and photograph students as they practice their various forms of traditional dance. On departure, we’ll continue our drive to Cochin. After we settle into our hotel, we’ll enjoy a late-afternoon boat cruise where we’ll photograph the Chinese fishing nets at sunset. Overnight in Cochin.

Day 7: Mar 4
After breakfast, transfer to the Cochin airport to board the flight to Ahmedabad. One of the intellectual and artistic capitals of India, Ahmedabad is also a repository of architectural styles and now also a UNESCO World Heritage City. It has a wealth of museums (including the famous Calico Museum), performing-arts centres and galleries. Some of the best universities in the country, especially for design and management, are also found here. The evening is free to walk around the Old Market of Ahmedabad. Overnight in Ahmedabad.

Day 8: Mar 5
Early morning, we’ll take a heritage walk in the old city of Ahmedabad. The walled city was meant for pedestrians and bicycles, so its small windy streets are best explored on foot. Visiting and photographing centurys old living quarters of Jains, Hindus and Muslims provides a special chance to relate to the locals. We’ll discover small neighborhoods, called Pols, which are both the backbone and heartbeat of the old city of Ahmedabad. Many pols are part of a cottage industry, so we may have a chance to photograph locals hand-sewing books or crimping silver chains together for traditional jewelry and various other crafts. After breakfast, we will visit the Ashram of Mahatma Gandhi, where he spent a large part of his later life. Late afternoon we’ll visit Sidi Saiyyed mosque. Built in 1573, the mosque is famous for beautifully-carved ten-stone latticework windows (jalis) on the side and rear arches. This intricately carved stone window is the unofficial symbol of city of Ahmedabad. We’ll also visit two 15th century mosques built by Sultan Ahmed Shah, Jama Masjid and the namesake, Sultan Ahmed Shah. Overnight in Ahmedabad.

Day 9: Mar 6
After breakfast, we head out to explore and photograph the colorful vegetable market of Ahmedabad. Afterwards, we’ll drive to Dasada (Rann of Kutch). The Rann is one of the most remarkable and unique landscapes of its kind in the entire world. It is a vast desiccated, unbroken bare surface of dark silt, encrusted with salts, which transform into a spectacular coastal wetland after the rains. In the afternoon, we’ll explore some of the tribal villages of Rabaris who live on the periphery of the Rann. Overnight in Dasada.

Day 10: Mar 7
Early morning game drive to the Rann of Kutch to see the landscape and unique wildlife that lives here, including the endangered Asiatic Wild Ass. We will also visit the various working salt mines in the area. This afternoon, we’ll visit Rabari villages and Mir settlements. Rabari and Banjara are the two important tribes of the region. While the Rabari, the most nomadic of Gujarat’s tribes, constantly migrate in search for better grazing ground for their camels and sheep, the Banjara and other tribes have settled here. Overnight in Dasada.

Day 11: Mar 8
After breakfast, we’ll drive to Ahmedabad stopping on the way in Modhera, Patan and Adalaj. In Modhera, we’ll see and photograph the 11th century Modhera Sun Temple. The Temple is said to resemble the famous Konark temple in Orissa. In Patan, the former capital of medieval Gujarat, we will visit the Queen’s stepwell, also known as Rani-ki-Vav. Lastly, in Adalaj, we’ll visit one of the great examples of step wells of ancient times, the Adalaj Stepwell or Adalaj ‘Vav’, as it is called in Gujarati. The stepwell is intricately carved and is five stories deep. Such stepwells were once integral to the semi-arid regions of Gujarat, as they provided water for drinking, washing and bathing. These wells were also venues for colourful festivals and sacred rituals. Overnight in Ahmedabad.

Day 12: Mar 9
After breakfast, we’ll board our flight for Chandigarh then continue by bus to Anandpur Sahib where we’ll experience and photograph the Hola Mahalla Sikh Festival. Upon arrival in Anandpur Sahib, we’ll check into our Swiss tents complete with electricity, a private attached toilet, running hot and cold water and proper beds.

Hola Mahalla or simply Hola is a Sikh event, which takes place on the first of the lunar month of Chet, which usually falls in March. In the afternoon we’ll have an orientation visit of the fair. Overnight in Anandpur Sahib.

Day 13: Mar 10
We’ll spend the day experiencing and photographing the Hola Mohalla Festival. The colourful festivities include dramatic mock martial-arts battles, impressive displays of weaponry, archery and wrestling. There’s also music, poetry, and prayers, singing and chanting. Food is served to pilgrims from all castes and creeds by women from the neighbouring villages, who set up langars (community kitchens). This is impressive and humbling to watch as, regardless of caste, all Sikh’s sit together.
You’ll have the opportunity to practice your action photography skills while observing exciting horse-riding displays from the Nahib Sikh Army. Riders gallop bareback, performing tricks such as riding astride two horses. One of the main attractions at the festival are the Nehangs – a prestigious armed Sikh order who wear a striking blend of blue and orange, with twisted moustaches and staggeringly giant embellished turbans. Overnight in Anandpur Sahib.

Day 14: Mar 11
This morning everyone will have a final chance to visit the festival ground. Later, we’ll drive to Amritsar. In the late afternoon/early evening, we’ll visit and photograph the beautiful Golden Temple. Completed in 1601, the temple is the religious place of the Sikh Community in India. Overnight in Amritsar.

Day 15: Mar 12
In the early morning, we’ll again visit Golden Temple to observe and photograph the morning’s activities, including the “langar” or feeding of the devotees. Hundreds of volunteers come every day to help cook food for thousands of devotees.
Later, we’ll explore the old part of the town where we’ll witness daily life in this holiest of the holi city of the Sikhs. In the afternoon, we’ll drive to the Wagah Border to photograph the lowering-of-the-flags ceremony by Pakistani Rangers and Indian Border Security Force. This ceremony has been happening daily since 1959. It is one of the most amazing and unique displays of protocol being followed by two armies. Overnight in Amritsar.

Day 16: Mar 13
After breakfast, there will be time to relax or if there is interest, another visit to the Golden temple can be organized. Later in the day, we’ll transfer to the airport to board the flight to Delhi, then, on own, transfer to departure level of Delhi International airport to board onward to flights home.

*Price is based on double occupancy. A single supplement of $1295 applies. 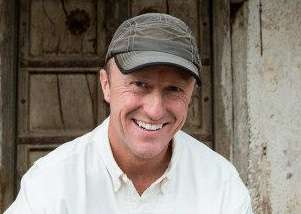