Experience the most Mexican of holidays in beautiful Oaxaca in warm southern Mexico. Photographic opportunities and excitement abound as we take in parties held for the dead in cemeteries; elaborate altars, costume parades, colorful markets, splendid colonial churches, the locals and their daily life in Oaxaca. During the tour, we will also explore villages in the surrounding area, busy marketplaces and the ancient Zapotec ruins at Monte Alban.

In the days leading up to the Day of the Dead, many picturesque symbols begin to appear in homes, shops, markets, and throughout the city. Such as: imaginative wooden figures of skeletons and grand altars dedicated to the dead that are decorated with marigolds and other flowers, candles, and the deceased’s favorite foods and drinks. Also imagine photographing unique skulls made of sugar or chocolate, called calaveras, and other foods decorated with skeletons and skulls. Large tapetas de arena or sand carpets, designed in tribute to the dead, also make for an intriguing photo.

The Day of the Dead or ‘Dia de losMuertos’ has been a tradition since ancient times. Indigenous Mexicans observed a day each year wherein they believe the spirits of the dead come back to visit the living on earth. When the Spaniards arrived in the 1500′s they attempted to eradicate most of the beliefs and customs of the Indians, but The Day of the Dead traditions remained, though somewhat fused with Catholicism and All Saints Day.

On November 2nd, and other nights in some villages, the cemeteries are full of people celebrating the dead. The gravesites are covered with flowers and thousands of candles placed on the graves light the whole graveyard. Many generations within a family sit around the gravesite and have a party for dead family members. They eat their favorite foods, drink their favorite beverages, including mescal, a liquor made from the agave cactus, and they all join in singing while the mariachis play the deceased’s favorite songs. These parties go on until late at night, then when most of the people depart, only the most traditional older women remain to sit in silent vigil at the gravesites until dawn.

We will photograph all of these traditions, and meet many of the local people along the way. You will not only come away with photos, but hopefully with new friends and memories, and a better understanding of the ancient cultures and traditions of Mexico. Join in for the festivities and photography like none other.

Day 1: (Oct 27)
Upon arrival at Oaxaca airport, each participant is transported to the hotel in town. In the evening, we will have an orientation meeting and go to dinner at a nearby restaurant.

Day 2: (Oct 28)
We’ll visit several villages in the surrounding valleys. First we’ll visit El Tule with its famous 2000 year old tree. We’ll then continue to the village of Teotitlan de Valle, where the finest rugs in all of Mexico are made. We’ll have lunch at a nearby restaurant, then go on to the village of Tlacolula with its 16th century church. We’ll then visit Yagul, with its ancient ruins perched high on a hill. Finally we’ll go to Mitla, where we’ll capture the last light of the day on the church and the nearby Zapotec ruins.

Day 3: (Oct 29)
In the morning we’ll visit a traditional village on market day, and photograph the local people buying and selling an amazing array of products. After lunch we’ll visit the Iglesia Santo Domingo, one of the most beautiful churches in all of Mexico, and the adjoining former Convento Santo Domingo, a beautifully restored monastery that houses the Museum of Oaxacan Cultures, which holds many of the treasures discovered in the ruins of Monte Alban and other archeological sites.

Day 4: (Oct 30)
Today, we’ll have a city orientation, visiting the central park, beautiful colonial churches and market places. We’ll see some of the wonderful arts and crafts that make Oaxaca famous, and you will be introduced to some of the traditions of the Day of the Dead, such as the elaborate sugar skulls and other foods. We’ll have dinner at a restaurant with a view overlooking the plaza and the Cathedral where we can shoot twilight scenes. In the evening after dinner, those who want to will attend the Ballet Folklorico, an exhibition of traditional regional dancing. There we can photograph the dancers in their colorful costumes as they dance.

Day 5: (Oct 31)
In the morning we’ll see the children’s parades in and around the plaza. Then we’ll shoot more altars and special foods prepared for The Day of the Dead, as well as the bustling flower market. On this night The Day of the Dead tradition is observed at a cemetery in a nearby village. Families visit loved ones’ grave sites and bring food and drink as Mariachis stroll, playing the favorite songs of the deceased. We’ll stay there until late at night when some of the more traditional people sit in silent vigil at the grave sites.

Day 6: (Nov 1)
Free time in the morning for photographing the beautiful altars and more kid’s parades. That afternoon we’ll visit local villages to observe and photograph some traditional village comparsas. We’ll go to a local home for a traditional dinner of home-made tamales, hot chocolate, and try some local mezcal, a libation similar to tequila. After dinner we’ll observe and photograph more comparsas.

Day 7: (Nov 2)
El Dia de los Muertos: During the day we’ll venture out to the General Cemetery, which is full of people all day paying tribute to the dead. The music of mariachis is in the air, as people have parties at the graves of dead family members. In the evening we’ll go to a small town cemetery for more festivities.

Day 8: (Nov 3)
In the morning we will visit local crafts villages, where we will see artisans in their homes demonstrating their traditional techniques. After lunch at a nearby restaurant, we’ll venture out to a little-known village where the Day of the Dead celebrations take place on this day.

Day 9: (Nov 4)
In the morning, we will photograph a local Oaxacan woman dressed in traditional clothing against a variety of back drops including massive wooden church doors, walking down the corridors of beautiful former monastery and whatever else we see that might be interesting. In the afternoon, we’ll go to the ancient Zapotec ruins at Monte Alban, and capture the last light at sunset there. In the evening, we’ll have our celebration dinner.

Day 10: (Nov 5)
We’ll catch our flights for home (some loaded down with souvenirs). 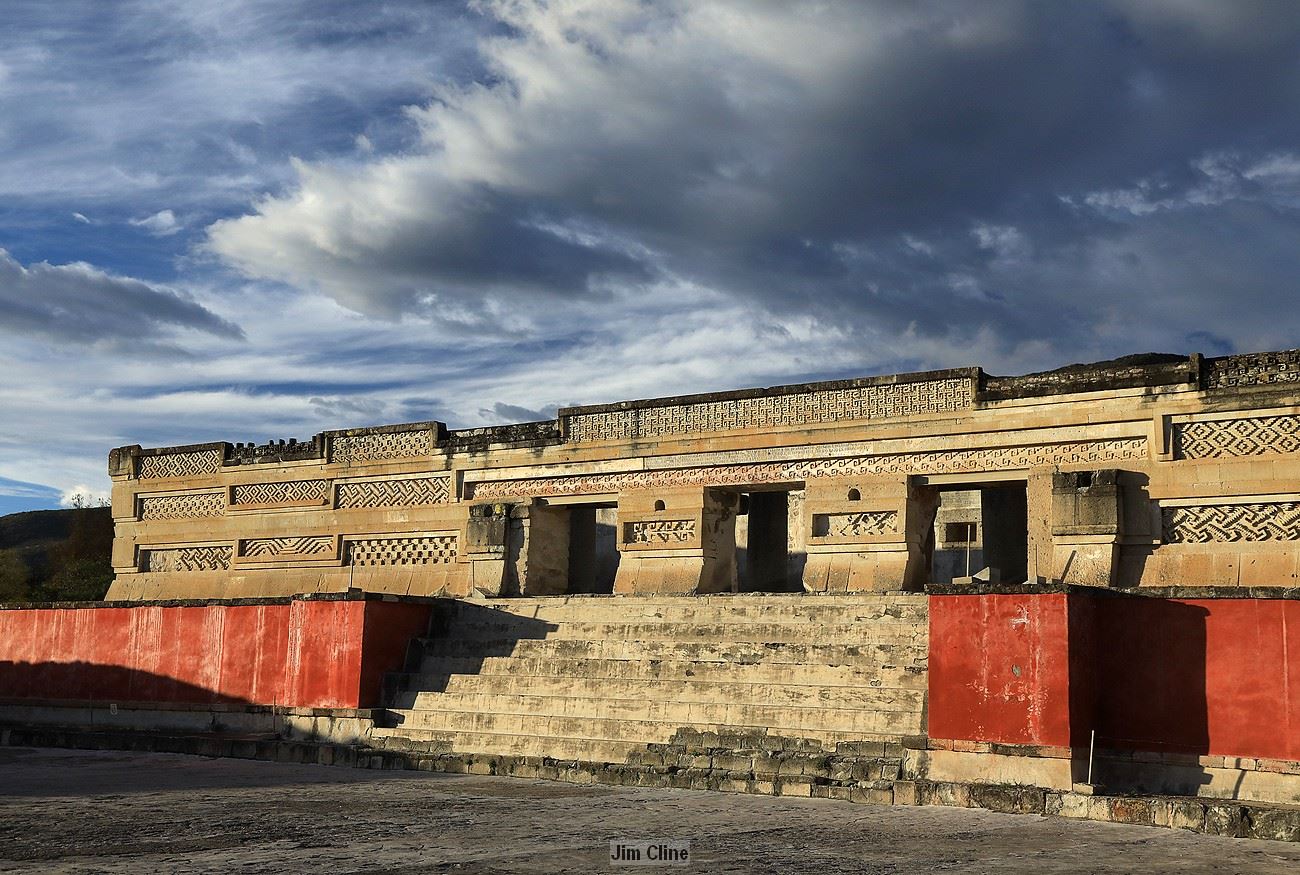 Price is based on double occupancy. A single supplement of $555 will apply.*