Our photographic journey through the fascinating central provinces of Cuba explores a lesser-visited, yet culturally and visually exciting, part of the island. From the vivacious port city of Matanzas—steeped in santería and a rich Afro-Cuban musical heritage—to the colorful revolutionary city of Santa Clara, we’ll discover a wealth of colonial-era cities, vibrant landscapes, and genteel and gracious people. Traveling through countryside lushly green with sugarcane, we’ll also explore the now-deserted spa town of San Miguel de los Baños, marvel at the UNESCO World Heritage City of Remedios, and delight in the faded yesteryear ambiance of Caibarien, Zulueta, Placetas, and Camajuaní, with their faced wooden homes and once resplendent Beaux-Arts mansions.

No-one knows Cuba as well as renowned travel journalist, National Geographic photographer, and Cuba expert Christopher P. Baker. Chris has authored and illustrated six travel books on Cuba, and has written about and photographed Cuba on behalf of entities from the BBC and CNN to National Geographic, New York Magazine, and Playboy during three decades of travel to Cuba.

Join Christopher on this memorable one-of-a-kind photo tour, inspired by research for his magazine assignments and guidebooks. Of course, we’ll get to see many of the finest iconic sights that Cuba has to offer. But Chris shuns the usual tourist locations to explore off-the-beaten-path Cuba and interact with Cubans from all walks of life, while taking advantage of the best light, and with a flexibility that allows us to make the most of opportunities as they arise.

Day 1 (Jan 4):
Upon arrival, our group will meet at our casa particular (B&B) in Havana this evening for a welcome reception before heading to dinner at La Guarida—a visually stunning and world-famous restaurant—in classic cars. You will be free to arrive Havana as many days in advance as you wish, pre-approved, under the “Support for the Cuban people” license. Overnight in Havana.

Day 2 (Jan 5):
Today Chris (accompanied by an acclaimed local photographer) leads you through his favorite streets of Habana Vieja (Old Havana), including visits to hidden away solares (tenements) and santería shrines. You’ll be in awe of the opportunities for magnificent street photograph and environmental portraiture, and our afternoon highlight–a chance to photograph ballerinas and/or other models in a fantastic early 20th-century mansion in the Vedado neighborhood. This evening you’ll have the chance to thrill to an optional visit to the open-air Tropicana cabaret nightclub.
Overnight: Havana

Day 3 (Jan 6):
After a sunrise photoshoot in Habana Vieja, we’ll take the ferry to Casablanca to board the “Hershey Train” for an unforgettable journey to Matanzas. Note: The train is currently out of service; if this remains the case at the time of our visit, we’ll drive via the former sugar-producing community of Hershey and Bacunayagua (Cuba’s tallest bridge). Arriving Matanzas, we’ll explore the historic colonial core, with its bustling street life, and the vibrant Río San Juan waterfront, through the late afternoon and “blue hour.” Overnight in Matanzas.

Day 4 (Jan 7):
A former slave port, Matanzas is renowned for its Afro-Cuban culture and as the birthplace of rumba, one of Cuba’s defining musical forms: “Without rumba there is no Cuba, and without Cuba there is no rumba,” runs a Cuban saying. Today we’ll photograph a dynamic rumba session; santería practices; plus such highlight sights as Parque Libertad, Plaza de la Vigía, and Puente Calixto García, while savoring the sensational street life of this vibrant city. Plus, we’ll join locals aboard horse-drawn taxis to photograph in Matanzas’ marble-clad Cementerio San Carlos Barromeo. Overnight in Matanzas.

Day 5: (Jan 8)
Today we’ll journey along the Carretera Central, once the main Cuban highway running the length of the island. While others barrel along the Autopista, we’ll thrill to this slow-paced yesteryear highway, with its ox-drawn carts, rusted American classic cars, and Soviet-progeny tractors wheezing through sleepy-paced colonial-era towns. A highlight stop is San Miguel de los Baños, a once-opulent spa town remarkable for its now dilapidated neoclassical villas and gingerbread clapboard houses. We’ll pass through epic country settings, stopping along the way to photograph timeless scenes such as the zafra (sugarcane harvest) before arriving Santa Clara in time to photograph the Cuban flag being raised atop La Loma, a hilltop offering stunning sunset views over the city. Overnight in Santa Clara.

Day 6: (Jan 9)
Our accommodations in the colonial heart of Santa Clara are within steps of charming Parque Leoncio Vidal, graced by the Teatro La Caridad and other neoclassical buildings of note. We’ll spend the early morning hours photographing street life as the sun rises. We then focus our lenses on a performance of colonial-era danzón, and in colorful nail salons, the Coppelia ice cream salon, the lively railway station, and other venues that speak to Santa Clara’s daily life.

The city has notable historical significance as it was here, in late December 1958, that Che Guevara’s guerilla army seized the city—a decisive victory in the Rebel Army’s struggle against the Batista regime. In the late afternoon, we’ll visit Plaza de la Revolución to photograph the Monumento Ernesto Che Guevara and visit the museum and mausoleum where Che’s remains are interred. Our second night in Santa Clara.

Day 7: (Jan 10)
After an optional sunrise shoot as Santa Clara awakens, a short journey today leads via Camajuani, with its aged colonnaded streets, intriguing cemetery, and rusty yet still-active railroad. After visiting Camajuani’s cigar factory, we’ll photograph on a tobacco farm before arriving in Remedios, a small and almost perfectly preserved colonial town—founded in 1578, it’s one of Cuba’s oldest settlement and justifiably a UNESCO World Heritage Site. We’ll delight in our afternoon photographic exploration of the city as serendipity delivers non-stop vignettes while walking the streets. Overnight in Remedios.

Day 8: (Jan 11)
We’ll eagerly rise at dawn to photograph as the city awakens. After a morning shooting in streets rich with activity, plus time to visit the stunning Iglesia de San Juan Batista, we’ll lunch on a hearty country meal at nearby Finca El Recreo. We’ll then visit the nearby Museo Industria Agroazucarero, in the former Marcelo Salado sugar mill, with its collection on antique steam trains (including still-active locomotives); and the historically important fishing port of Caibarién. Here we’ll photograph the fishers and their funky wooden boats and wharves at sunset.  Tonight will be our final night in Remedios.

Day 9: (Jan 12)
Today we’ll return to Havana via the Autopista, arriving in time for early afternoon lunch. We’ll spend late afternoon photographing ballerinas and/or other models in a fantastic early 20th-century mansion before a slideshow of everyone’s favorite images, followed by our farewell dinner and spend the night there in Havana.

Day 10: (Jan 13)
Today everyone will depart for flights back home.

Price is based on double occupancy. A single supplement of $395 will apply*. 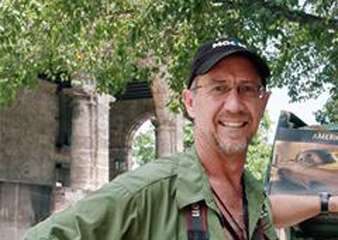