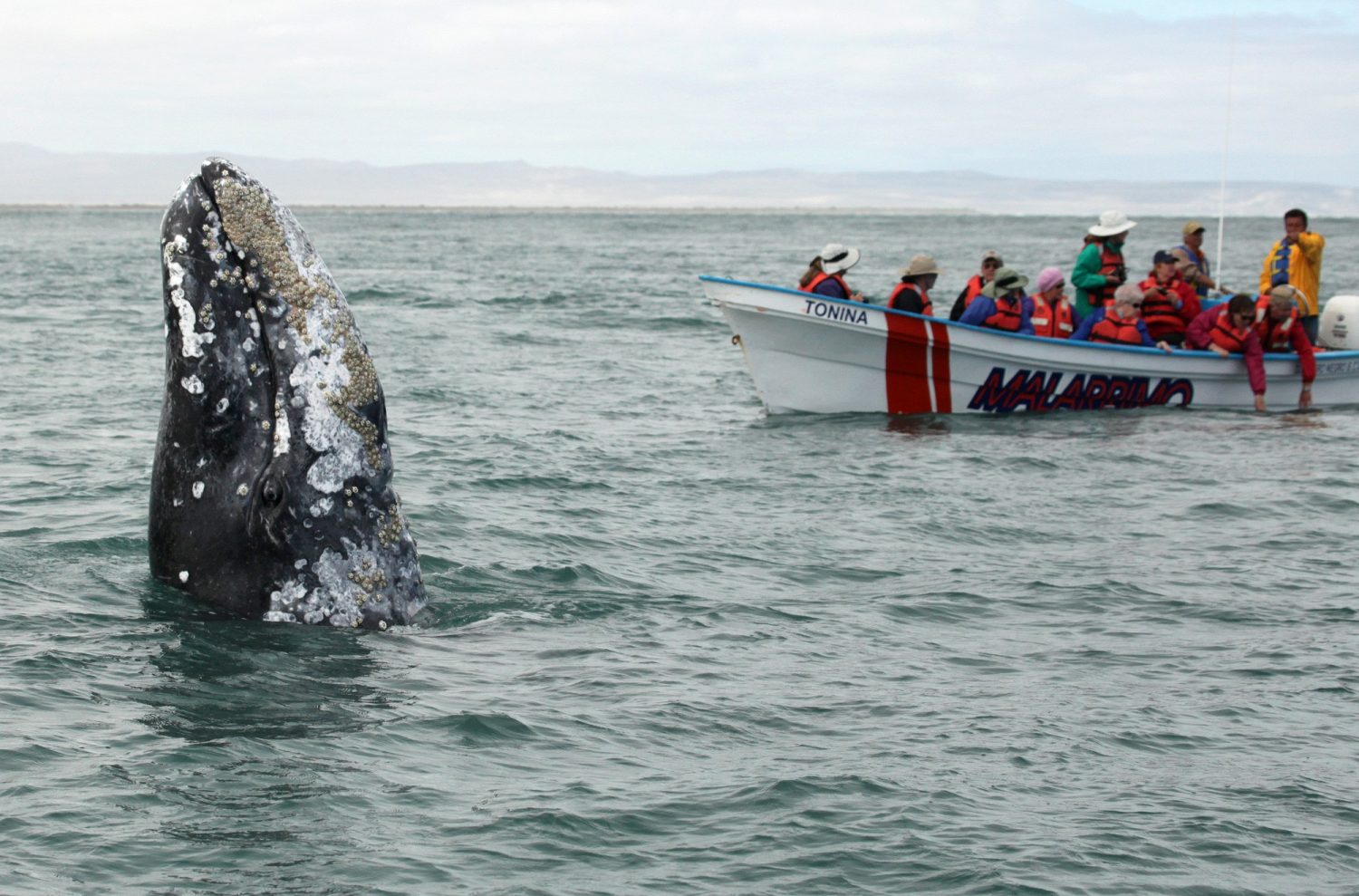 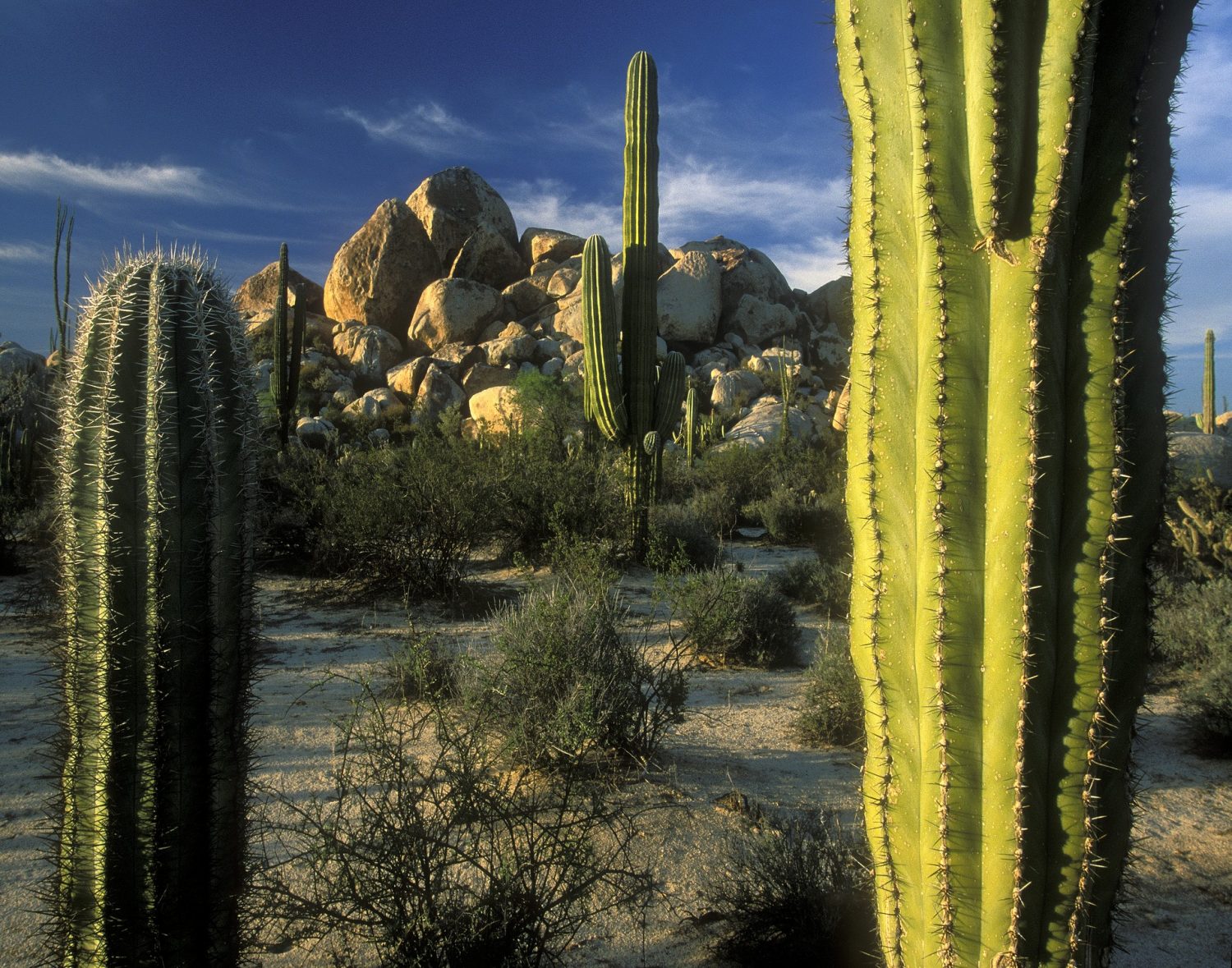 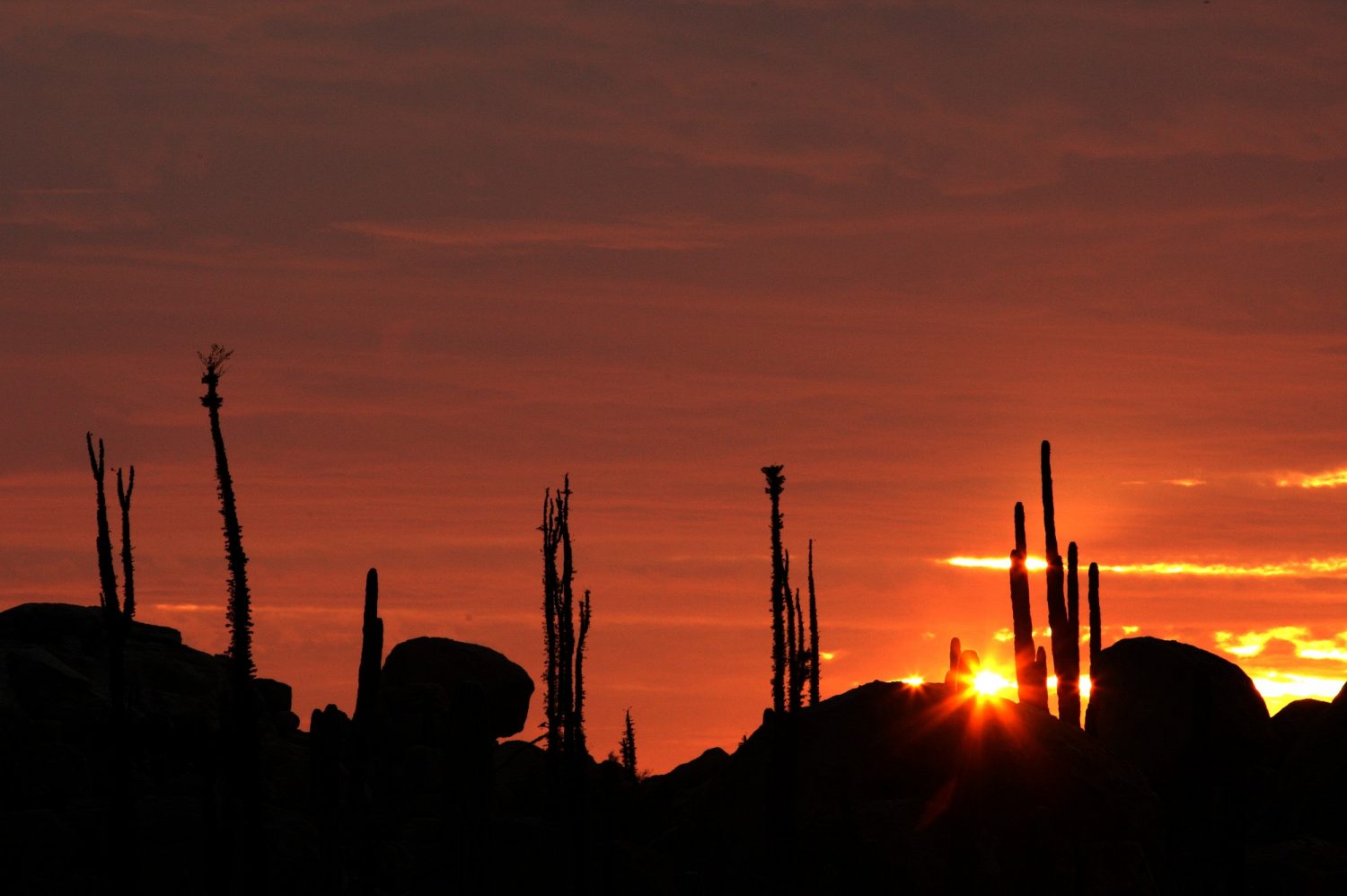 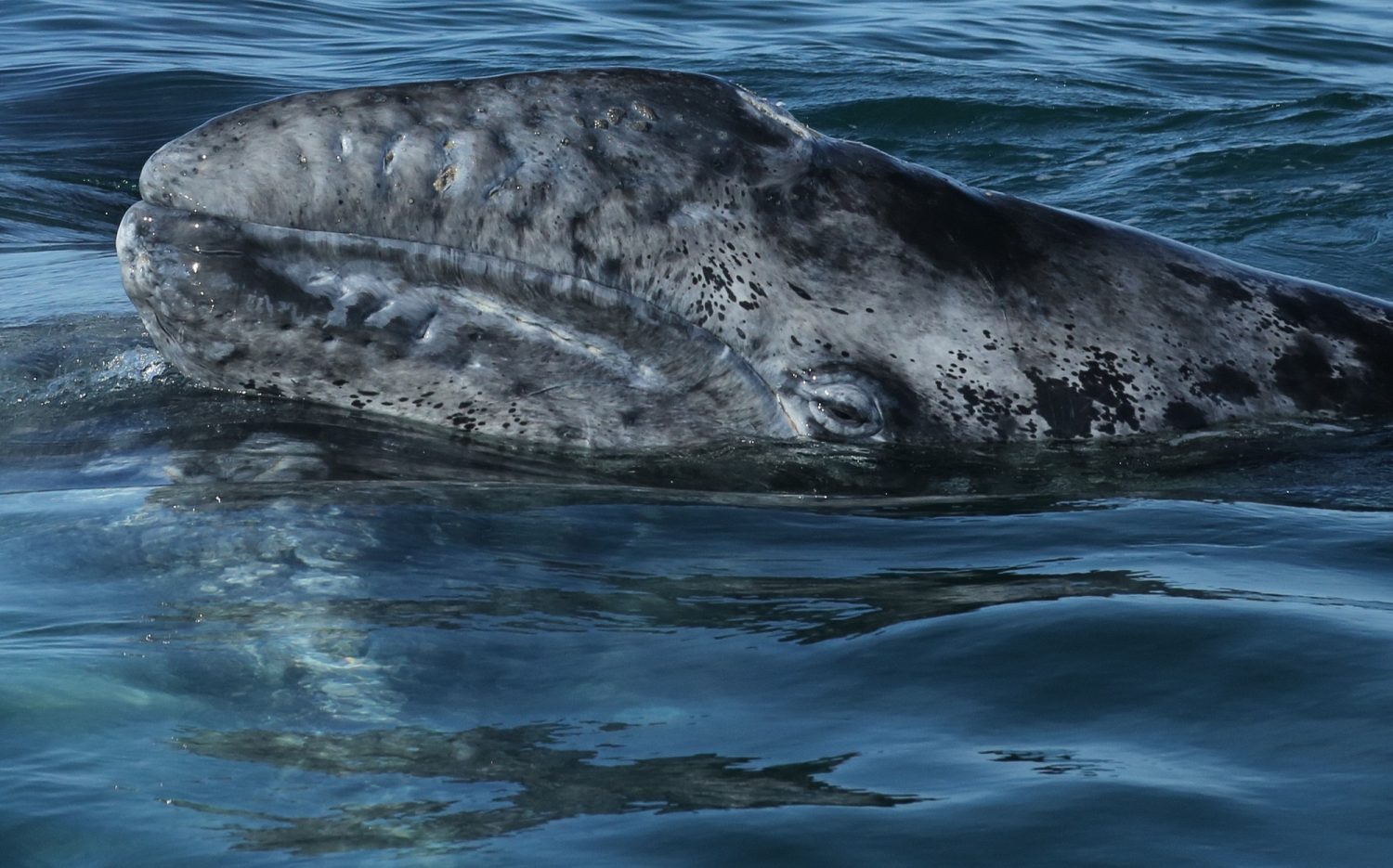 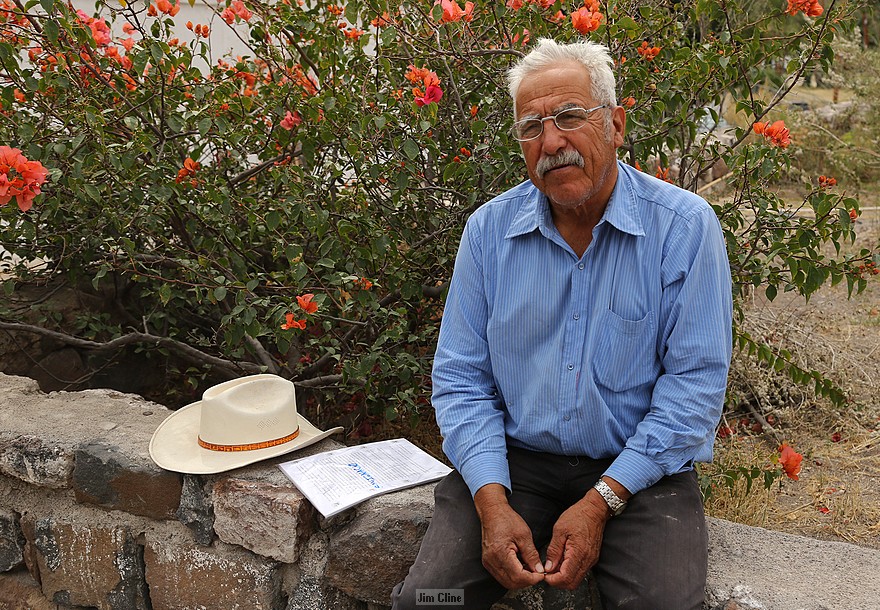 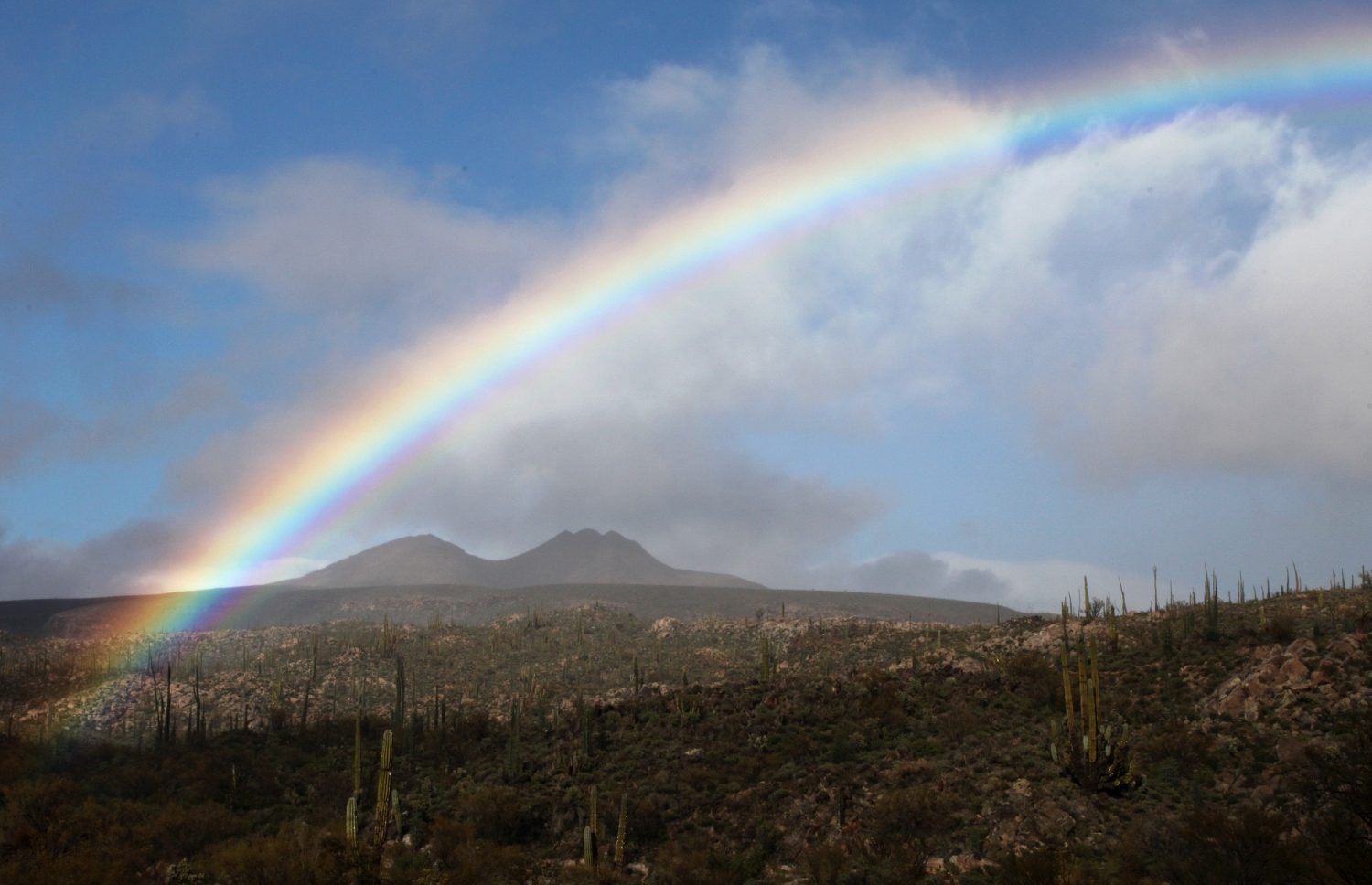 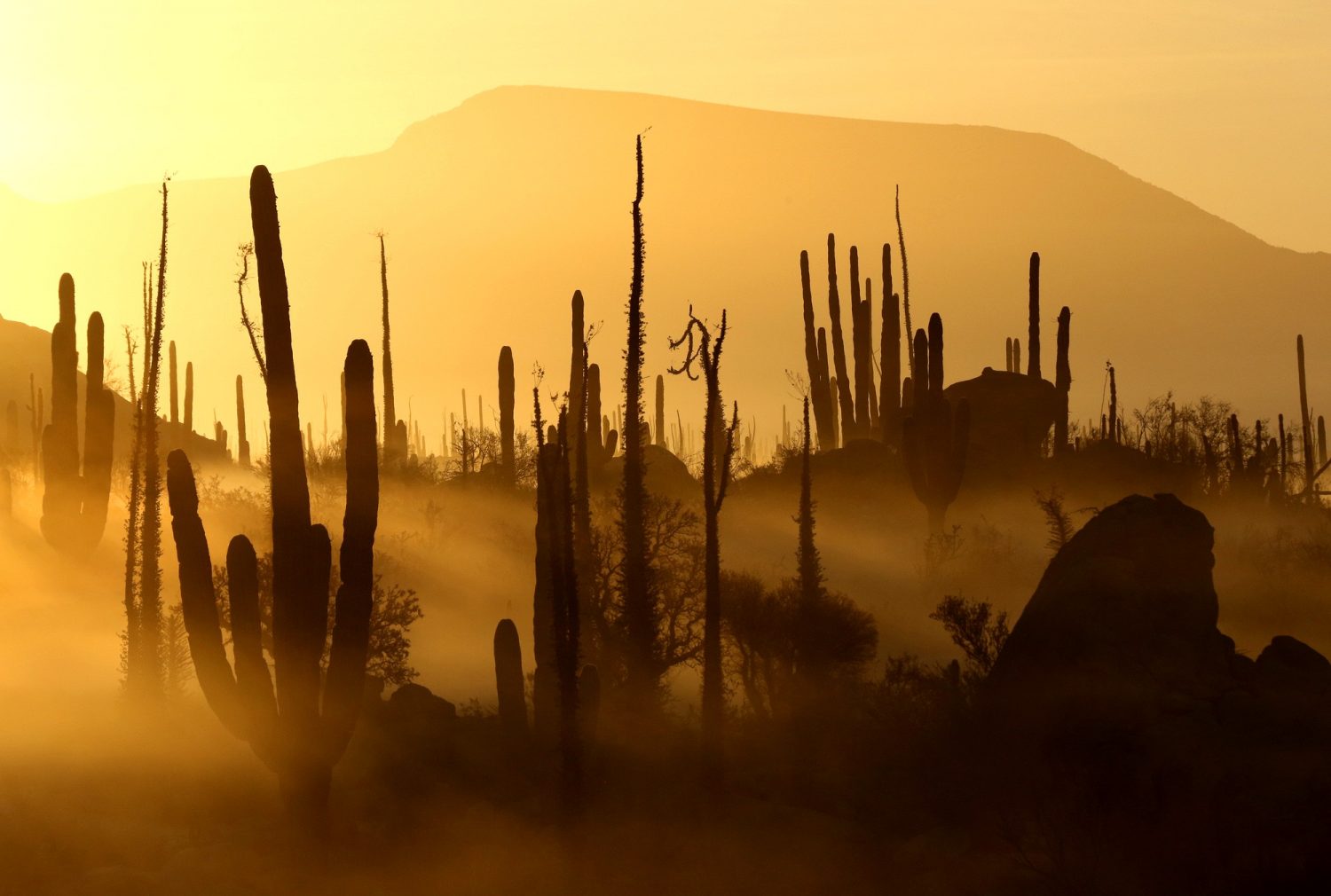 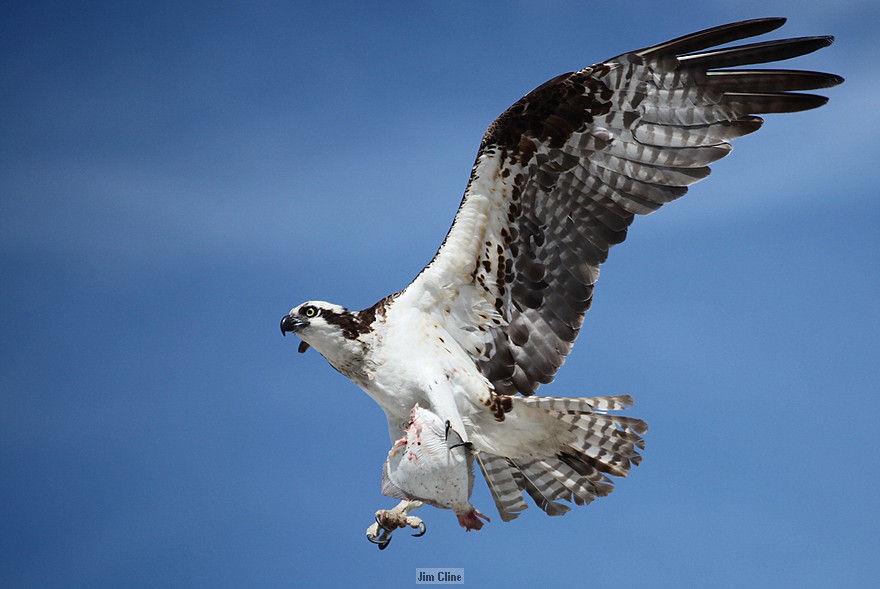 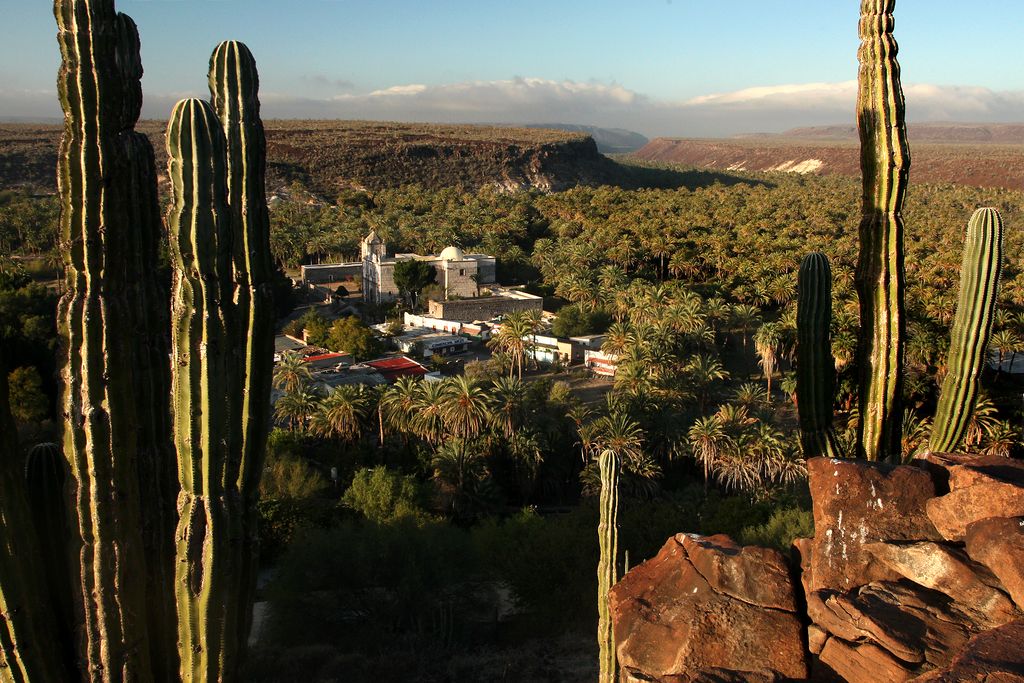 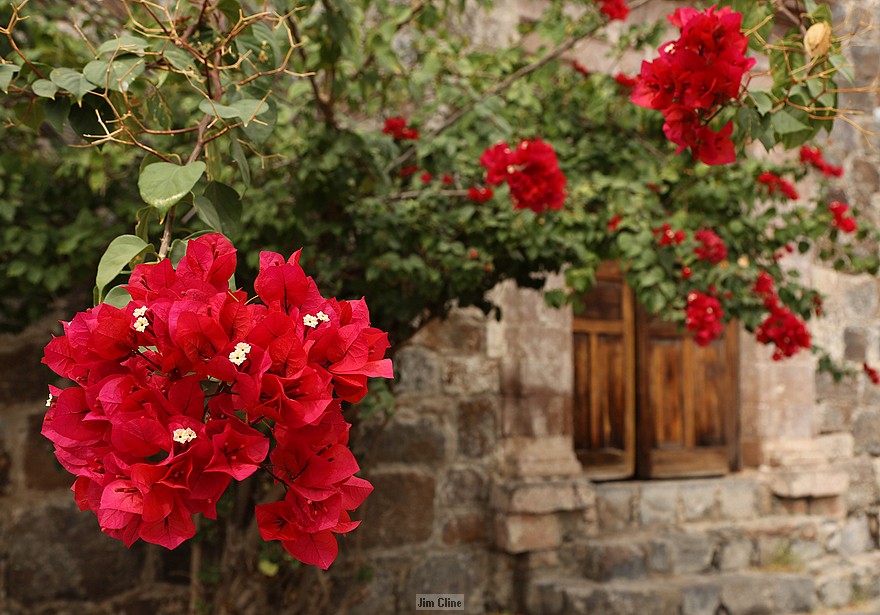 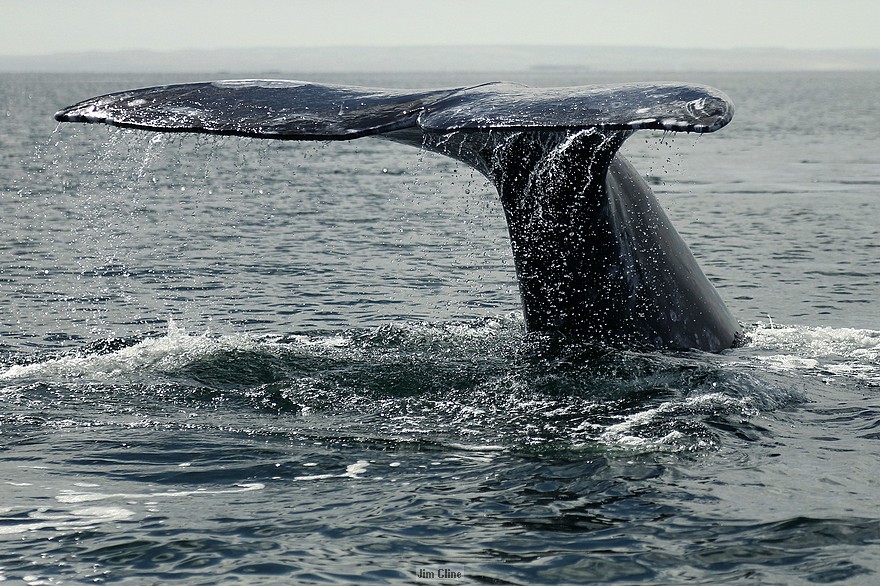 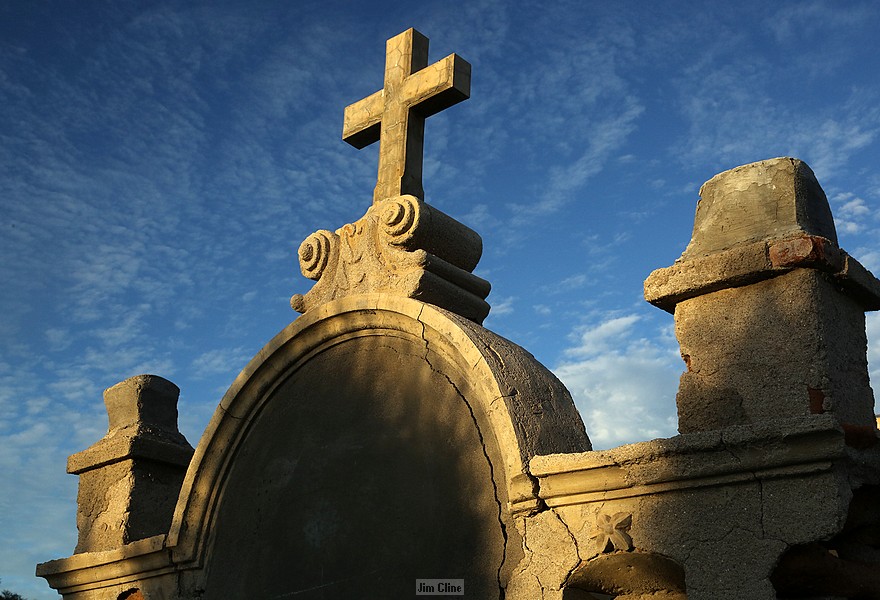 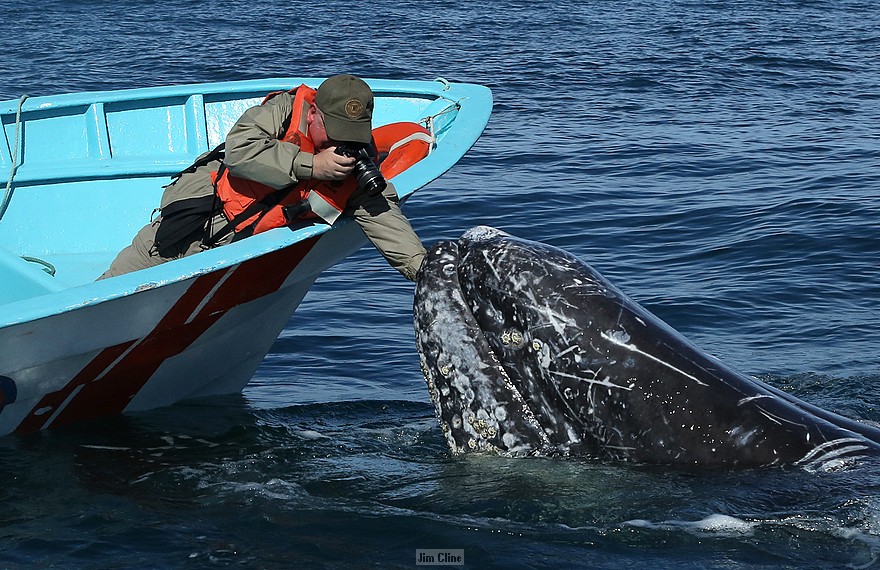 Venture with us to the winter breeding grounds of the California Gray Whale. Every winter thousands of California gray whales migrate 6,000 miles from the cold waters off Alaska to the warm waters of Baja California. Located near the town of Guerrero Negro, the Ojo de Liebre Lagoon (also known as Scammon’s Lagoon) is the destination of the largest number of these magnificent mammals, approximately 1,500 – including newborn calves – every year. Come with experienced Baja photographer/guide Jim Cline on a trip to photograph these gentle giants at close range in their natural habitat.

Gray whales have gathered in Ojo de Liebre for centuries to, calve, and relax before heading north to their Arctic feeding grounds. To view the whales as they blow, sound, mate, and calve in their natural habitat is an awe- inspiring experience that will never be forgotten. It’s quite common for mother whales to bring their babies right up to the boat for a closer look!

This unique tour ventures beyond Mexico’s scenic waters…we’ll also spend two nights in the heart of Baja’s most spectacular desert scenery in the Catavina Boulderfields. The boulderfields are home to the majestic Cardon cactus, the world’s tallest cactus, as well as a wide variety of photogenic desert flora and massive granite boulders. We’ll also visit the charming palm oasis town of San Ignacio. With it’s lingering colonial atmosphere and friendly inhabitants, San Ignacio is home to one of the most beautiful missions in Baja.

Day 1 (Feb 20): Depart San Diego bright and early at 6:30 a.m. and head south to Catavina, stopping for lunch. We’ll arrive at the Catavina Boulderfields in the late afternoon and we’ll photograph through sunset. We’ll then go to our hotel and enjoy a great Mexican food dinner and margaritas in the restaurant. We’ll spend the night in Catavina.

Day 2 (Feb 21): We’ll get up before dawn to photograph the first light on the desert. Later in the morning we’ll have breakfast at the hotel, and then depart on the 3 hour drive to Guerrero Negro. After checking in to our hotel, and a break, we’ll take a drive to photograph some of the numerous ospreys just outside of town. We’ll then return to town for a seafood (or other) meal. We’ll spend the night in Guerrero Negro.

Day 3 (Feb 22): Get up early and head out to the whale lagoon! We’ll go out in 24 foot skiffs skippered by experienced whale guides, and observe the whales up close. After returning to our hotel, those who still have the energy can come with me to photograph ospreys and the sunset again. We’ll then return to town for dinner and a good sleep. We’ll spend the night in Guerrero Negro.

Day 4 (Feb 23): Get up early and head out to the whale lagoon again! We’ll go out in 24 foot skiffs skippered by experienced whale guides, and observe the whales up close. In the afternoon, we’ll take a drive out to the lighthouse where we’ll photograph such subjects as boats, fishermen, seabirds including ospreys, the salt-works, and the sunset. We’ll spend the night in Guerrero Negro.

Day 5 (Feb 24): Once again get up early and go whale watching/photographing. After lunch we’ll head south to the charming palm oasis town of San Ignacio. We’ll photograph the old buildings, the people, and the beautiful mission. At sunset time we’ll go to the beautiful palm-lined lagoon to shoot in the last light. We’ll spend the night in San Ignacio.

Day 6 (Feb 25): After breakfast we’ll photograph around the town, as many of the people in town arrive for Sunday Mass at the picturesque mission. In the afternoon we’ll go for some scenic shots of palm oasis and desert scenery, and have time to prepare our images for a group image sharing in the evening. We’ll have dinner at our hotel, and spend the night in San Ignacio.

Day 7 (Feb 26): We’ll wake up early and hike up to a special vantage point to photograph the first light on the mission and the town. After breakfast we’ll head north to Catavina, arriving in the afternoon, where one last time we’ll photograph the cacti and boulders until the light is gone. We’ll have dinner at our hotel.

Day 8 (Feb 27): After breakfast we’ll start the journey north, stopping at an ancient cave painting site and for other photo ops along the way. We’ll have lunch in the town of San Quintin. We’ll then continue toward the border, arriving in San Diego in the early evening.

Cost will Include: round-trip transport by van from San Diego, 3 days whale-watching, lodging in hotels all 7 nights, all breakfasts and dinners, 3 lunches, and drinking water.

Price is based on double occupancy. A single supplement of $375 will apply.*